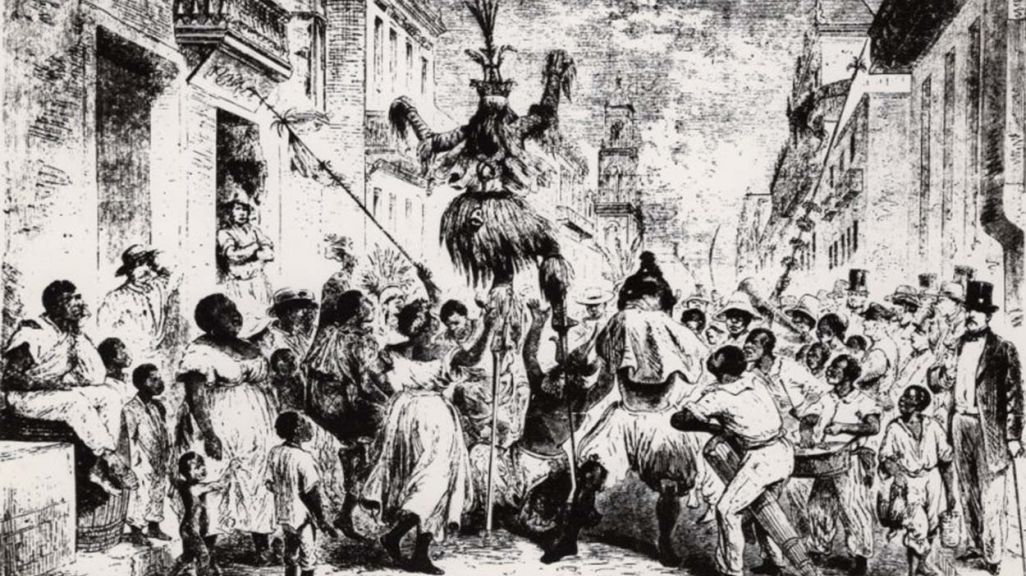 The 2021–2022 season of the MetLife Foundation Music of the Americas Concert Series continues live in New York City and online.

The season will be hybrid, with live concerts presented in New York and productions prepared specifically to be shared online. Video versions of the live concerts will be released after each show and remain online for later viewing.

Indigenous Canadian baritone Jonathon Adams makes their Music of the Americas debut with a program of German baroque music, joined by an all-star early music band led by violinist Robert Mealy. This virtual concert, recorded at Americas Society, will be released on February 28 at 7 p.m.

The adventurous vocal ensemble Ekmeles makes its debut in our series with music by Hilda Paredes, Tania León, Mauricio Kagel, and Marc Sabat.

The Orchestra of St. Luke's is back on our stage with a program music by living composers who write with concern for the earth's survival and future.

The new music ensemble comes to our physical stage after a virtual concert last season. This program, "Her Words," presents new works by three Latin American composers based in the United States, alongside a piece by pioneering Argentine composer Graciela Paraskevaídis.

The Afro-Brazilian singer-songwriter presents a new video of her latest show in this virtual concert.

The Mexican composer and singer presents her latest project, Remanso, in a concert rescheduled from December 2021.

The Colombian trio, dedicated to innovation and dissemination of their country's traditional music joins our virtual stage with a live show recorded in Bogotá, highlighting the music of legendary Colombian guitarist and composer Gentil Montaña.

Talea Ensemble returns to our stage.

We welcome faculty from the New York Guitar Seminar with the return to our stage of Uruguayan master guitarist Eduardo Fernández after 40 years.

Ensemble 2e2m, one of France's leading new music groups, with several hundred premieres to its credit since Paul Méfano founded it in 1972. Based in Paris since its creation, the ensemble produces concerts, educational projects, public rehearsals, and meetings with composers and performers as a way for audiences to discover works, experiment, and build a close connection with musical creators.

During this residency in New York, 2e2m will present three concerts with premieres by Atlanticx's participants and lead workshops for emerging artists.

Additional support comes from the Alice M. Ditson Fund of Columbia University, The Amphion Foudnation, the Aaron Copland Fund for Music, The Augustine Foundation, and the National Endowment for the Arts.