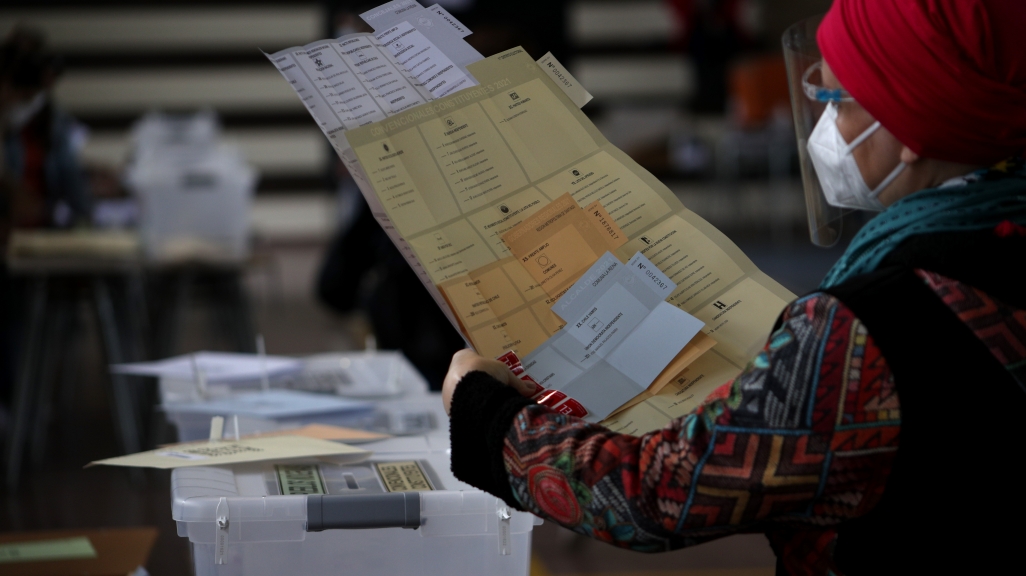 Updated November 3, 2021 — Four Latin American countries—Argentina, Chile, Honduras, and Nicaragua—will hold elections in November, with three of them selecting presidents. Despite the similar timing of the votes, the elections couldn’t be more different, from a sham contest in Nicaragua that’s seen nearly all of the opposition arrested to Chile’s race of newcomers and shifting frontrunners. With sluggish economic growth, gradual vaccination campaigns, and a lingering pandemic, Latin America’s new leaders will have a weighty task ahead of them.

AS/COA Online covers what to expect in each of the four November elections.

The September 12 legislative primaries, known as the PASO, signaled that President Alberto Fernández’s coalition has its work cut out for it come November 14. In a surprise upset, the opposition coalition, Together for Change, won nearly 47 percent of the vote compared to 27 percent for the governing Everyone’s Front. A particularly stinging blow was the loss of Buenos Aires—the country’s most populated province—where the Together for Change coalition won by 4 percent. Moreover, just after the PASO, several ministers in Fernández’s cabinet offered their resignations, reflecting divisions within his coalition.

Everyone's Front holds the majority in the Senate, while the opposition controls the lower chamber. The two sides are courting voters worn out by pandemic restrictions and economic woes. Annual inflation has risen above 50 percent since the president took office, and 42 percent of the population lives below the poverty line. With an eye to such problems, the government froze prices on household goods in the lead-up to the election. The midterm elections are viewed as an informal referendum on the Fernández government, with results potentially giving an insight into what’s in store for the 2023 presidential election.

Chile’s 2021 general elections come at an inflection point for its democracy, taking place two years after massive social unrest and during a rewrite of the country’s Pinochet-era Constitution by a Constituent Assembly. Independent and progressive candidates won over two-thirds of the seats to that assembly in May elections. But then conservatives found new life: in October, the Republican Party’s José Antonio Kast, a hardliner boosted by strong debate performances and growing concerns about immigration and crime, overtook the more moderate Sebastián Sichel of the governing Let’s Go Chile coalition to become the right’s frontrunner in polls.

Kast is expected to face the race’s most consistent poll leader, Gabriel Boric of the progressive Approve Dignity coalition in a December 19 presidential runoff. Yasna Provoste of the center-left New Social Pact polls with around 10 percent support, while the remaining official candidates poll in the single digits. With a month to go, about a quarter of voters remain undecided. Crime and health are voters’ top concerns, with pensions not far behind; immigration also is of rising concern.

To say the last Honduran presidential vote was bumpy would be an understatement. President Juan Orlando Hernández went into the 2017 single-round election leading polls, but initial results showed former sports broadcaster Salvador Nasralla ahead. Tensions boiled over after an electoral system outage, cries of fraud, and an eventual winning margin of just 50,000 votes for Hernández. More than 30 people died in subsequent clashes.

But the tainted Hernández, who was able to seek reelection in 2017 thanks to a 2015 Supreme Court decision, isn’t on the ballot this year. His conservative National Party has controlled the presidency and unicameral Congress since 2009, when then-President Manuel Zelaya, a leftist, was overthrown amid accusations he wanted to extend his mandate.

The governing party’s Nasry Asfura, mayor of Tegucigalpa, was the frontrunner, but repeat candidate Nasralla changed the game on October 13 when he dropped out to back Xiomara Castro de Zelaya—the overthrown president’s wife and 2013 presidential runner-up. At least one poll shows Castro surging ahead since then.

Could Honduras Shift Left? A Look at Xiomara Castro

The former first lady and democratic socialist could become Honduras’ first female president. That may be the easy part.

Nicaraguans will head to the polls on November 7 for a vote that’s far from free and fair. In the months ahead of the election, President Daniel Ortega jailed seven major opposition presidential contenders—alongside politicians, activists, and journalists—in service of guaranteeing himself a fifth term in office. With no major opposition candidates or parties on the ballot, victory for Ortega, his wife and Vice President Rosario Murillo, and his Sandinista National Liberation Front party seems all but predetermined. And despite Nicaragua never having a Covid-related lockdown, there are strict pandemic electoral restrictions on campaign activity. The election will be overseen by the Ortega-aligned Supreme Electoral Council and National Police.

International outcry has been strong: the Organization of American States passed a resolution condemning the political repression, and both the United States and the European Union have increased sanctions on Ortega allies.

While the result of the election seems fixed, there is uncertainty around whether there will be any protests or demonstrations on election day. In 2018, Nicaraguans rose up against the Ortega regime in a show of dissent and faced a fierce crackdown that forced opponents into exile. Critics have faced repression ever since.