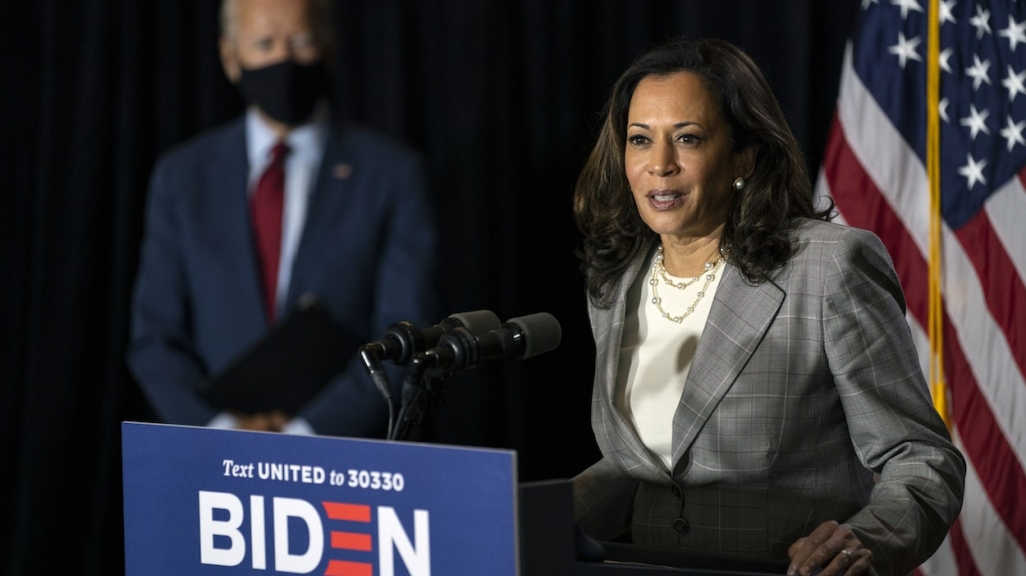 Democratic nominee Joe Biden played a leading role in regional policy during his time as vice president and it’s possible, if the ticket wins, that Harris will do the same.

During his years as vice president, Democratic nominee Joe Biden played a leading role in U.S. policy toward Latin America. Now, it’s possible that his pick for vice president, Kamala Harris, could follow in his footsteps should the ticket win November’s U.S. election.

Harris is no stranger to this year's Democratic race. California’s junior senator and former attorney general entered the Democratic field as a strong contender in January 2019 only drop out late in the year after seeing her poll numbers drop and her campaign run low on cash amid a crowded Democratic field. Seen as a pro-immigrant advocate, Harris is the first Black woman and the first person of Indian descent to be nominated for the vice presidency under a major political party.

AS/COA Online looks at Harris’ positioning on some of the issues that affect U.S. policy toward Latin America.

As Amazon wildfires rise once again to record-breaking levels, how to respond to the rainforest’s management is a foreign policy challenge when it comes to climate policy. During her presidential campaign, Harris condemned the government of Brazilian President Jair Bolsonaro for failure to protect the “very lungs of our Earth.” She pressed Bolsonaro to fully enforce “his country’s environmental laws and regulations to protect the Amazon from continued illegal deforestation.” When President Donald Trump considered drafting a new trade deal with his Brazilian counterpart, Harris called on the Trump administration to halt trade negotiations with Brazil until its president addressed deforestation.

When it comes to the Green New Deal, Harris supports restructuring the United States toward a renewable energy economy by 2030 as the deal outlines, with the goal of making the country the international leader on climate action. Biden, for his part, supports the Green New Deal as a “crucial framework” to tackle climate change, though he has not fully endorsed the plan itself. He did unveil a $2 trillion climate plan in July which encompasses some of its aspects.

In addition, Harris teamed up with Green New Deal champion and New York Congresswoman Alexandria Ocasio-Cortez in co-authoring the Climate Equity Act. The legislation, which they announced last year and formally introduced in August, prioritizes low-income communities of color that disproportionally bear the effects of climate change by requiring that all climate-related legislation be weighted with an “equity score” to estimate its impact on these groups.

On immigration and border security

Drawing on her identity and career, Harris positioned herself on the campaign trail as an opponent to Trump’s immigration policy. Adding to her pro-immigration record as California’s “top cop,” Harris rose to the national spotlight during her time as senator as a vocal critic of the Trump administration’s “zero-tolerance” immigration policy that led to the family separations at the U.S.-Mexico border.

As a presidential candidate, Harris, like Biden, advocated for establishing a pathway to citizenship for the nearly 11 million undocumented immigrants in the United States, whom she proposed should also be covered under a government-run healthcare program. Like Biden, she backs the Deferred Action for Childhood Arrivals (DACA) program, including creating a path to citizenship for its recipients.

When it comes to Trump’s wall, she opposed its funding. In fact, in 2018, Harris was one of just three Democratic senators who voted against an immigration bill that would have granted the president $25 billion in wall funding in exchange for establishing a pathway to citizenship for DACA recipients, better known as Dreamers. Nevertheless, Harris supports increasing funding for border infrastructure and security, as does Biden.

The running mates have differed, however, when it comes to decriminalizing border crossings. As a candidate, Harris endorsed repealing the statute that criminalizes border crossings. She later backtracked and clarified that such crossings should be a civil offense rather than a criminal one. The policy in question, which dates back to 1929 and has been used by the Trump administration, criminalizes unauthorized border crossings, meaning entries that occur outside official entry points. Violating the law (Title 8, Section 1325 of U.S. immigration law) may result in a misdemeanor charge and up to six months in prison, while a second offense carries a felony charge. Although Biden has spoken out against Trump’s policy of criminalizing border crossings, he does not support repealing the statute.

As far as border-related security is concerned, Harris was known as a tough-on-crime prosecutor, particularly when it came to transnational crime organizations involved in areas such as human, gun, and drug trafficking. As attorney general of California, she released in 2014 a comprehensive report titled Gangs Beyond Borders: California and the Fight Against Transnational Organized Crime. In the report and later in a trip to Mexico that same year, Harris emphasized the importance of strengthening bilateral efforts to combat crime.

In April 2019, Harris signed a letter from more than 30 Democratic senators opposing Trump’s plan to halt funding to El Salvador, Guatemala, and Honduras, often referred to as the Northern Triangle. The letter came in response to the president’s move to freeze the Senate-appropriated funding after he said these countries hadn’t done enough to halt migration north. The Trump administration restored the aid in October 2019 after the three countries signed bilateral agreements akin to safe third country deals. In protest of these pacts, Harris also signed a Senate letter condemning the Trump administration’s attempts to “dismantle the U.S. asylum system” and questioning the legality of the pacts with the Northern Triangle. Biden, for his part, supports ending the deals and increasing aid to the region.

When it comes to trade in the region, the two running mates have diverging opinions, particularly around the United States-Mexico-Canada Agreement, otherwise known as the USMCA. While Biden voiced support for the deal, the then-senator from California—a state that counts Mexico and Canada, respectively, as its top-two export markets—was one of eight Democratic Senators who voted against it in January 2020. In a statement, she said that “the USMCA’s environmental provisions are insufficient” and “failed to meet the crises of the moment.”

Similarly, Harris also referenced environmental concerns when she opposed the Trans-Pacific Partnership (TPP), from which Trump withdrew the United States when he took office, breaking with Biden’s support for the deal. However, both agree on the need to confront China with the backing of an international alliance.

In line with Biden’s policy toward Venezuela, Harris has also categorized Nicolás Maduro’s regime as “dictatorial” and “corrupt,” and she supports extending Temporary Protection Status visas to Venezuelan migrants. Harris has not publicly voiced her support for Venezuela’s interim President Juan Guaidó, though Biden supports him.