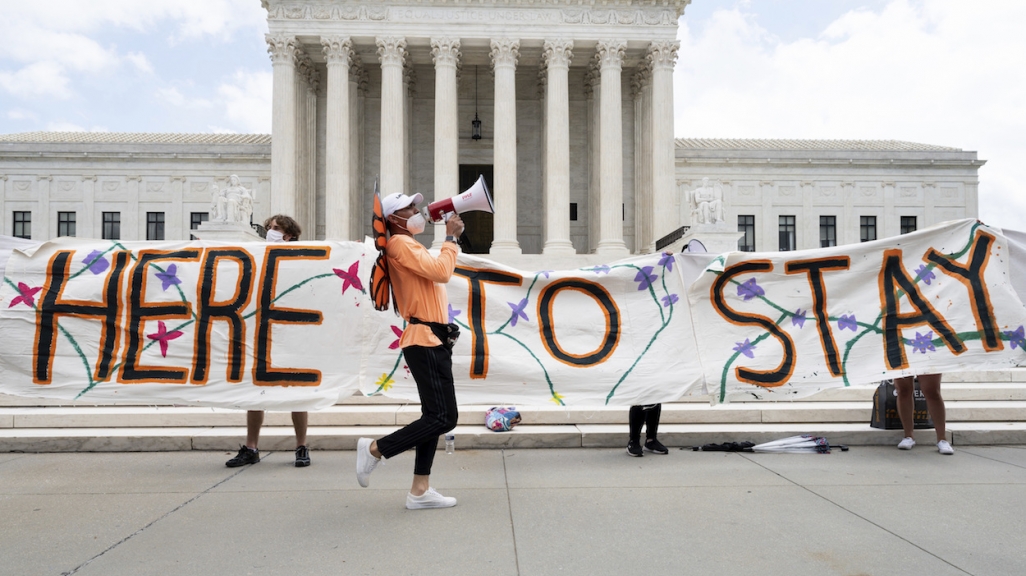 How DACA came to be Who is eligible for DACA? What is the application process? What are the benefits of DACA? What doesn’t DACA do? What’s happened since Trump rescinded DACA?

Explainer: What Is DACA?

With a decision from the U.S. Supreme Court upholding DACA, AS/COA Online looks at the immigration program, the Trump administration’s attempt to end it, and its current status.

Despite a multi-year effort by the Trump administration to rescind Deferred Action for Childhood Arrivals, aka DACA, a December 4 court decision mandated that the U.S. Department of Homeland Security (DHS) restore DACA to its original 2012 status. Although lower courts had by and large also moved to block the administration’s actions and uphold the program over the years, a new district court ruling takes a step beyond June’s favorable U.S. Supreme Court ruling to alleviate the legal limbo that has plagued thousands of young people and protect them from deportation. Importantly, an estimated 300,000 eligible young people may now begin to submit applications for the first time since 2017.

Additionally, those with DACA now only need to renew their status every two years instead of every year and the so-called “advance parole,” which allows DACA recipients to travel outside of the United States without losing their status, was also reinstated.

For his part, President-elect Joe Biden supports protecting Dreamers and establishing a path to citizenship for them.

That said, rulings by the U.S. Supreme Court (SCOTUS) and lower federal courts do not mean all questions are answered, given the absence of a permanent legislative solution.

In this explainer, AS/COA Online looks at the history, provisions, and latest updates to the DACA program.

Chart: The Migrants of Latin America and the Caribbean

How DACA came to be

Then-U.S. President Barack Obama launched DACA in June 2012 to provide reprieve from deportation to young people who came to the United States as children. Though DACA does not provide official legal status or a pathway to citizenship to these individuals, it does allow them to be “lawfully present” without the threat of deportation and apply for driver’s licenses and work permits.

Obama sought to expand the program via executive action in November 2014 and establish a new program, Deferred Action for Parents of Americans and Lawful Permanent Residents, (DAPA), to delay deportation for parents of U.S. citizens and lawful permanent residents. Between DACA’s expansion and DAPA’s creation, as many as 5.2 million people could have received deportation relief. These two programs were ultimately blocked in 2015 through a lawsuit by 26 states, a federal judge’s injunction that an appeals court upheld, and a 4-4 Supreme Court deadlock on the measures’ constitutionality in June 2016 that left the appeals court decision in place, effectively ending DAPA and the expanded DACA.

Then, in September 2017, Attorney General Jeff Sessions announced that President Donald Trump’s administration would end DACA. Trump called on Congress to pass legislation replacing the program before individuals protected under it became eligible for deportation in March 2018. In the months that followed, Trump rejected several attempted immigration compromise bills that, if signed into law, would have addressed DACA.

Who is eligible for DACA?

Because DACA is meant to benefit immigrants who came to the United States as children, only individuals who arrived in the country before their sixteenth birthday are eligible. Applicants must be at least 15 when they apply and have been under the age of 31 on June 15, 2012. They must also be living in the United States when submitting their request for deferred action and must have lived continuously in the country since June 15, 2007. DACA also requires applicants to be in school, a high school graduate or holder of a high school completion certificate or GED, or an honorably discharged veteran of the U.S. Armed Forces or Coast Guard. Applicants convicted of a felony, significant misdemeanor, or three or more misdemeanors are ineligible for the program. Despite the age requirements, applicants younger than 15 may apply if they are in deportation proceedings but have not been detained. Finally, applicants are not considered if they are deemed to be a threat to national security or public safety, nor can they have had lawful status on or before June 15, 2012.

USCIS data show that over 80 percent of the 649,070 young people protected under DACA as of the end of 2019 were originally from Mexico, another 9 percent from the Northern Triangle. Since the program’s inception in 2012, roughly nine of every 10 DACA applications have been approved.

What is the application process?

Anyone who meets DACA’s requirements may file for deferred action, even if they have been or are currently involved in deportation proceedings or have a final removal or voluntary departure order. Applicants must submit a series of forms to USCIS. Part of the application process involves presenting documentation proving they meet the program’s requirements. There is also a $495 fee, $410 of which goes toward the employment authorization application, with the other $85 covering biometrics services, such as fingerprinting, required by USCIS.

What are the benefits of DACA?

Under DACA, the U.S. government will not pursue the deportation of qualified individuals for two years. DACA recipients may apply for a renewal of their deferred action and are encouraged to do so four to five months before the two years is up, as the approval process can take up to 120 days. Another key DACA benefit for undocumented individuals is the opportunity to receive employment authorization, also effective for a two-year period. Those requesting work authorization need to do so when they apply for DACA and must demonstrate what USCIS refers to as “an economic need” to work.

Depending on one’s home state, deferred action may qualify recipients for other benefits, such as driver’s licenses and in-state tuition. A survey of DACA recipients two years after the program’s initial launch found that 59 percent had attained new jobs since receiving deferred action. On top of that, 49 percent opened their first bank account and 57 percent obtained a driver’s license after qualifying for DACA. A 2017 survey found that 72 percent of the top 25 Fortune 500 companies have DACA recipients on their payroll, while 97 percent of respondents were employed or enrolled in school. Recipients reported their hourly wages increased an average of 69 percent after obtaining DACA status.

What doesn’t DACA do?

Deferred action does not grant permanent resident status to approved applicants, nor does it provide a path to citizenship. It also does not convey lawful status to an individual, which is a governmental classification required to be eligible to apply for some other forms of immigration status.

DHS also retains the right to terminate someone’s deferred action at any time. Submitting a request for deferred action does not necessarily protect applicants from deportation, but USCIS indicated in the past that the agency would not share an applicant’s information with U.S. Immigration and Customs Enforcement (ICE) and U.S. Customs and Border Protection (CBP) for “immigration enforcement” purposes unless the applicant met select criteria for doing so, as outlined in USCIS’ Notice to Appear guidance. Other considerations, such as national security concerns, submitting a fraudulent application, or being the subject of a criminal investigation were listed as grounds to share DACA information with national security and law enforcement officials, including those from ICE and CBP.

Get the Numbers: Immigration Enforcement in the Trump Era

It's no secret the U.S. president talks tough when it comes to immigration. So how do the numbers break down?

When announcing DACA’s end, the Trump administration said it would review applications filed by September 5, 2017, “on a case-by-case basis,” while young people would be permitted to apply to renew their status until October 5 of that year if their protection was scheduled to expire before March 5, 2018.

That said, DACA recipients have been able to continue to file for renewal while several lawsuits related to DACA make their way through the legal system, including the SCOTUS case. In January 2018, a federal judge in California ruled that the administration must “maintain the DACA program on a nationwide basis,” allowing for status renewals but not new applications or re-entry for recipients who left the United States. Federal judges in New York and Washington, DC issued similar injunctions in the months that followed, determining that the Trump administration unlawfully rescinded DACA. By August of the same year, the same Texas judge who issued the 2015 injunction against DAPA and the expanded DACA denied a request to pause DACA renewals, arguing that Texas and its fellow plaintiffs waited too long to challenge DACA, but also indicated that the states might eventually succeed if they continued to argue on the grounds that the program itself was unlawful.

The Trump administration appealed all three injunctions to their respective court of appeals and later appealed to SCOTUS to review the pending DACA cases, arguing that the lower courts process was causing a delay in the Trump administration’s efforts to terminate the program. In the meantime, the Ninth Circuit of Appeals in San Francisco affirmed the California district court’s earlier injunction. Though it wasn’t the first time the government called upon the highest court to intervene in the DACA cases, SCOTUS announced in June 2019 that it would consolidate the California, New York, and District of Columbia cases and determine whether the government’s decision to discontinue DACA was unlawful.

SCOTUS heard oral arguments on November 12, 2019, during which Trump’s solicitor general argued that the program is not only illegal but was also meant to serve as a “temporary stop-gap measure” that could be terminated at any time.

After months of uncertainty amid a global pandemic that delayed the SCOTUS calendar, the court’s highly anticipated decision came June 18, 2020. In its majority opinion written by Chief Justice John Roberts, the court held that the reasoning behind the Trump’s administration attempt to rescind the program was insufficient. The 5-4 vote established that the administration violated the Administrative Procedure Act by failing to provide adequate justification for ending the program, adding that the move was “arbitrary and capricious.” Roberts emphasized that ending the program itself is not necessarily unconstitutional, but rather that the way the administration went about it broke federal law. In conclusion, the chief justice pointed out that the Department of Homeland Security could “reconsider the problem anew” and take a different legal approach if it decides to try to unwind DACA in the future. The court gave the president 25 days to file for rehearing, which he did not do.

Though Trump quickly attacked the decision on Twitter, dismissing it as “politically charged,” the ruling delayed an end to the program for at least months and put a halt on nearly 700,000 deportations.

While a December 4 ruling from a U.S. district judge in Brooklyn fully reinstates the program, Congress has also been unable to come up with a permanent solution for Dreamers. In February, the Senate failed to pass four immigration bills, three of which provided a path to citizenship for DACA recipients. Democratic leaders in Congress initially reached a DACA compromise with the president, but the deal fell apart after Trump asked for funds for more stringent enforcement, including 10,000 new immigration agents and construction of a wall along the southern U.S. border.

A CBS News poll published on June 8, 2020 found that 85 percent of Americans support letting Dreamers stay in the United States––an opinion that transcends party lines with support from 95 percent of Democrats and 73 percent of Republicans. 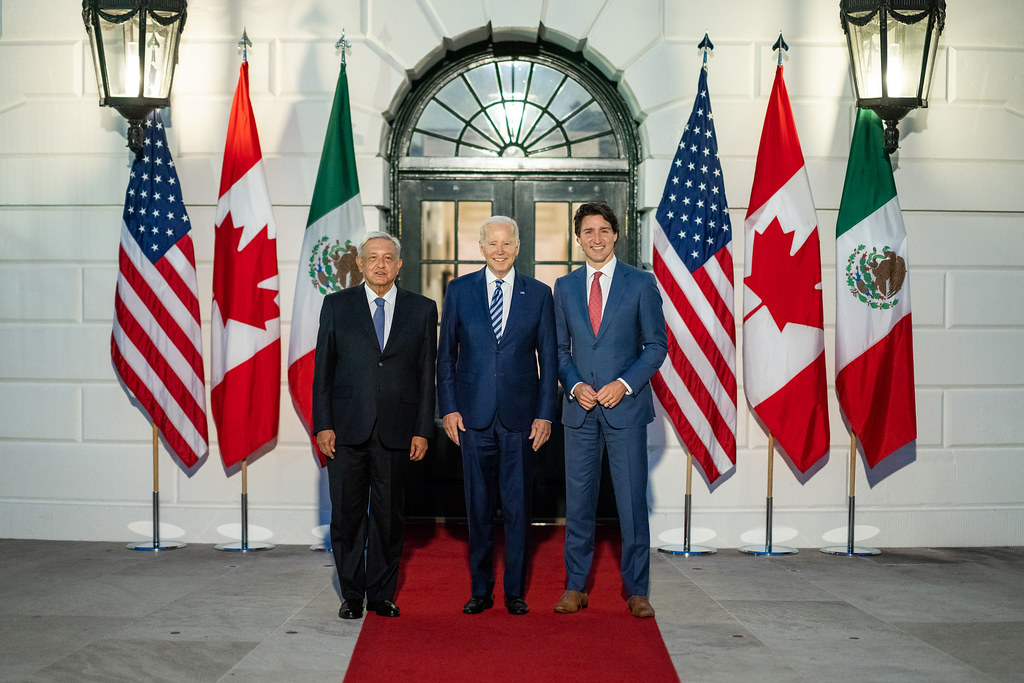 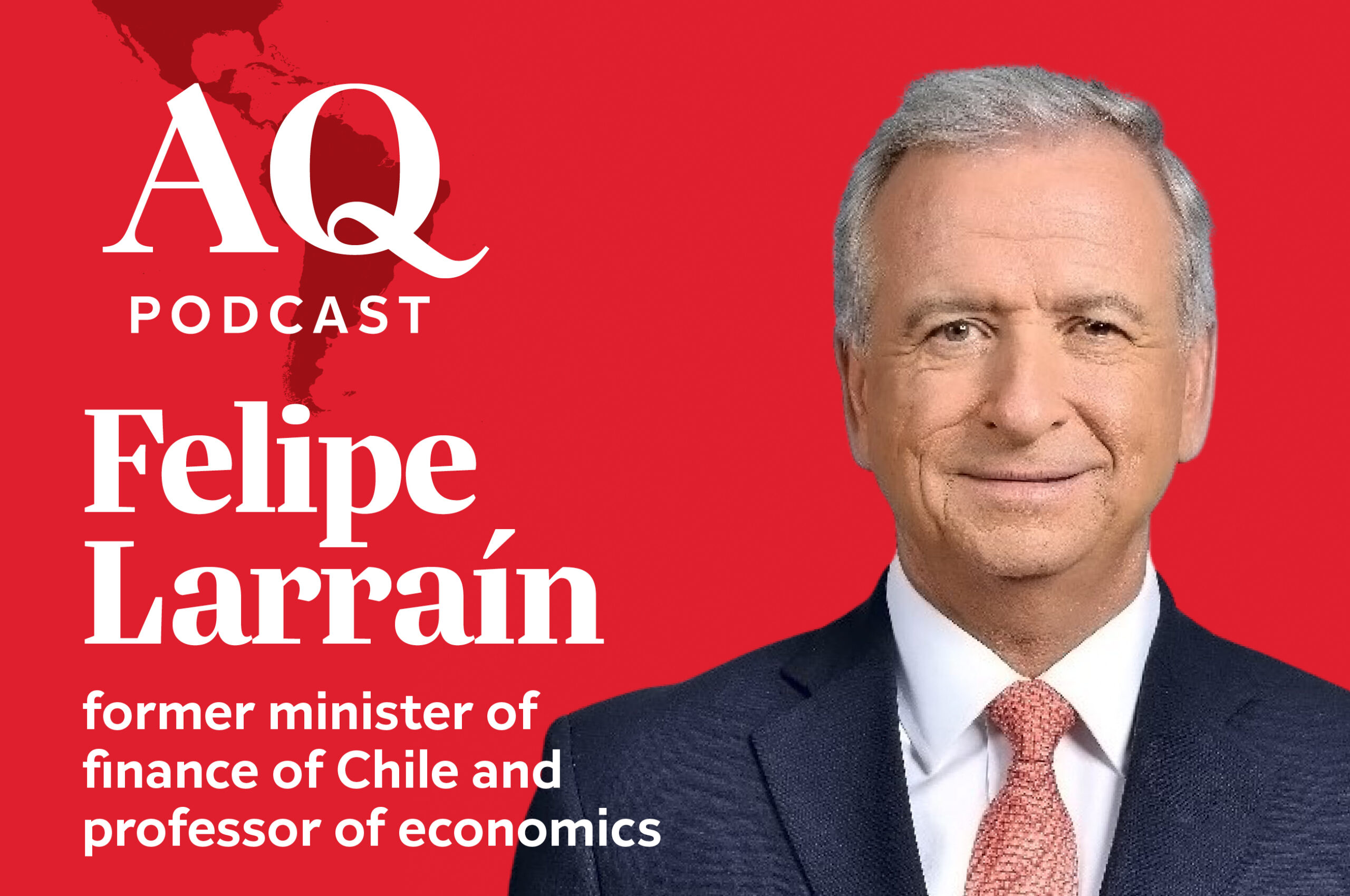