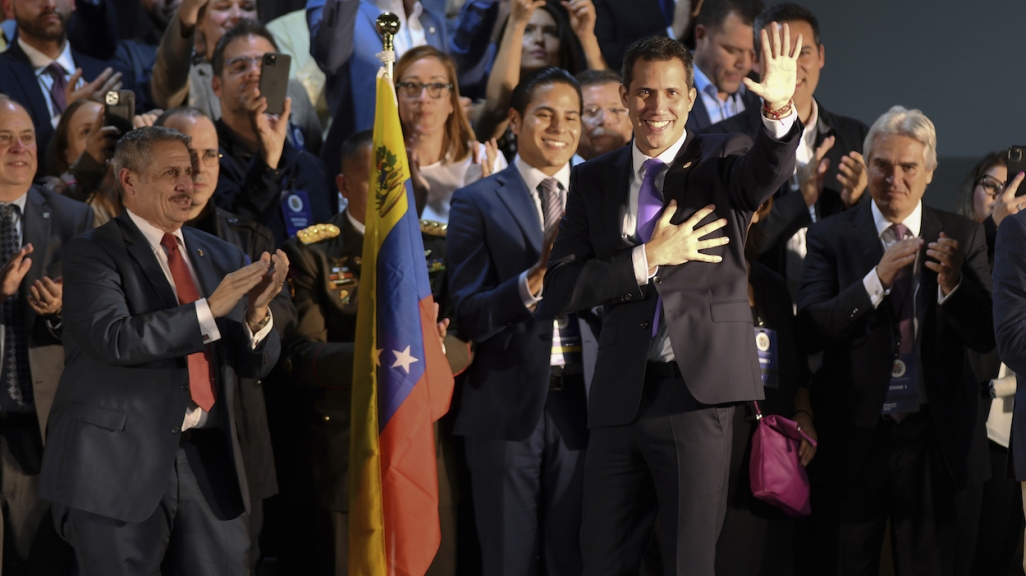 The problem of Nicolás Maduro is one that doesn’t fall neatly along party lines.

Foreign policy often plays a secondary role in a U.S. presidential platform. But Venezuela is mentioned in the second sentence of U.S. President Donald Trump’s reelection pledge as an example he gives of the failures of socialism.

And the issue of Venezuela galvanizes the Latino population in few states like it does in Florida, where Trump kicked off his reelection campaign in June 2019. But the Sunshine State is key for either candidate to win in November. As one Republican strategist told The New Yorker’s Jonathan Blitzer, “If you solve the Venezuela problem, you get three for the price of one…You’ll make the Colombians, Nicaraguans, and Cubans in Florida very happy.” At his third State of the Union address on February 4, one of Trump’s guests of honor was Juan Guaidó. The 37-year-old, now in his second year as interim president of Venezuela, received a bipartisan standing ovation from the U.S. Congress.

Where the Democratic presumptive nominee Joe Biden stands on policy and positions toward Caracas is no fringe issue, either, if he wants to win Florida on the road to the White House. While a myriad of issues is swirling in a tumultuous 2020 election season, it is notable that Biden won his first primary contest (South Carolina) six days after an interview with early frontrunner for the Democratic nomination Bernie Sanders aired on February 23 in which the Vermont senator was less than critical of the late chavista ally Fidel Castro. Biden went on to overtake Sanders in national polls in early March.

As such, U.S. policy toward Venezuela—especially opposition to Nicolás Maduro and support of Guaidó—is one of the few policy areas with support on both sides of the aisle in Congress, especially among the Florida caucus. Trump won Florida in 2016 with 49.1 percent of the vote to Hillary Clinton’s 47.8 percent. Biden led the incumbent by an average of 3.7 points in late summer 2020 Florida polls, according to Real Clear Politics.

In Venezuela, legislative elections are scheduled for December 6, and Guaidó’s interim presidency is based constitutionally on his role as president of the National Assembly. Starting in June, however, the Maduro regime orchestrated moves to disqualify party leaders, install its own supporters into key roles in three major opposition parties—including Guaidó’s—and stack the National Electoral Council with chavista-friendly officials. The Organization of American States (OAS) passed a June 26 resolution rejecting the moves and therein the legitimacy of the December elections.

Meanwhile, 96 percent of families in Venezuela were living in poverty at the close of 2019, including 80 percent in extreme poverty, according to a national survey released by a local university on July 7. Moreover, the country is under-equipped for the COVID-19 pandemic, as barely half of virus-dedicated hospitals have regular water supply.

Here is where the presidential rivals stand on U.S. policy toward Venezuela.

This article was originally published on July 9, 2020 and has since been updated.