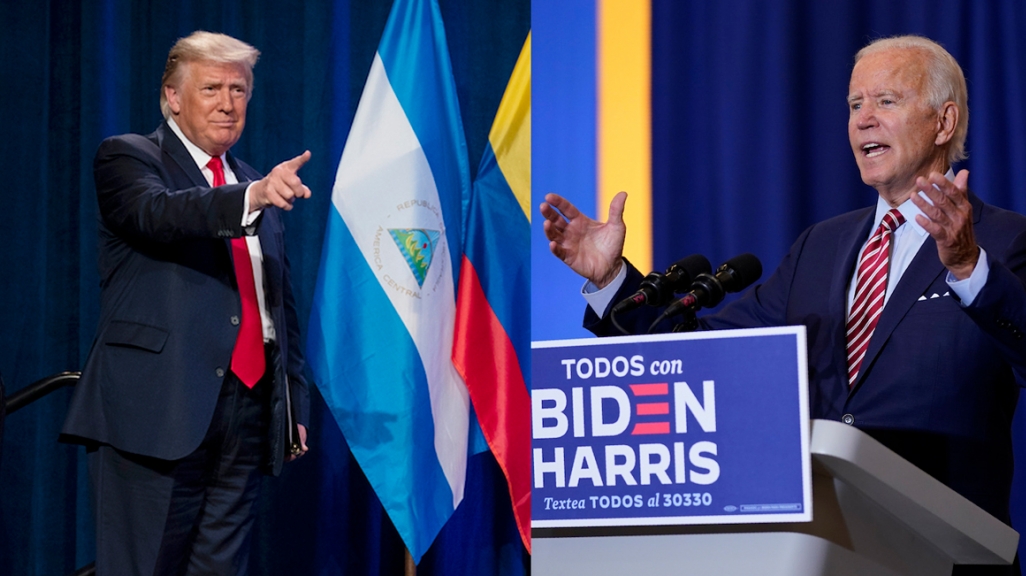 By Luisa Horwitz and Katie Hopkins

As the candidates seek to woo Latino voters at home, they offer different approaches abroad. AS/COA Online explores their stances on countries from Cuba to Brazil.

U.S. President Donald Trump’s “America First” foreign policy might feel far from Joe Biden’s pledges for a renewed global approach. Still, while many Obama-era policies on immigration, the environment, and counternarcotics changed under Trump, a Biden agenda is not as simple as a return to a pre-Trump status quo.

As November 3 nears, U.S. presidential candidates are trying to woo Latino voters, but that vote is anything but monolithic. After all, swing states like Florida can shape candidates’ stances, particularly when it comes to Colombia, Cuba, or Venezuela policy. A late September ABC News/Washington Post poll found that Trump held 51 percent support from likely voters in Florida, compared to Biden’s 47 percent.

Here, we take stock of the candidates’ stances toward Latin America. Check out our U.S. 2020 Election Guide for their positions on climate change, immigration, Mexico, and Venezuela.