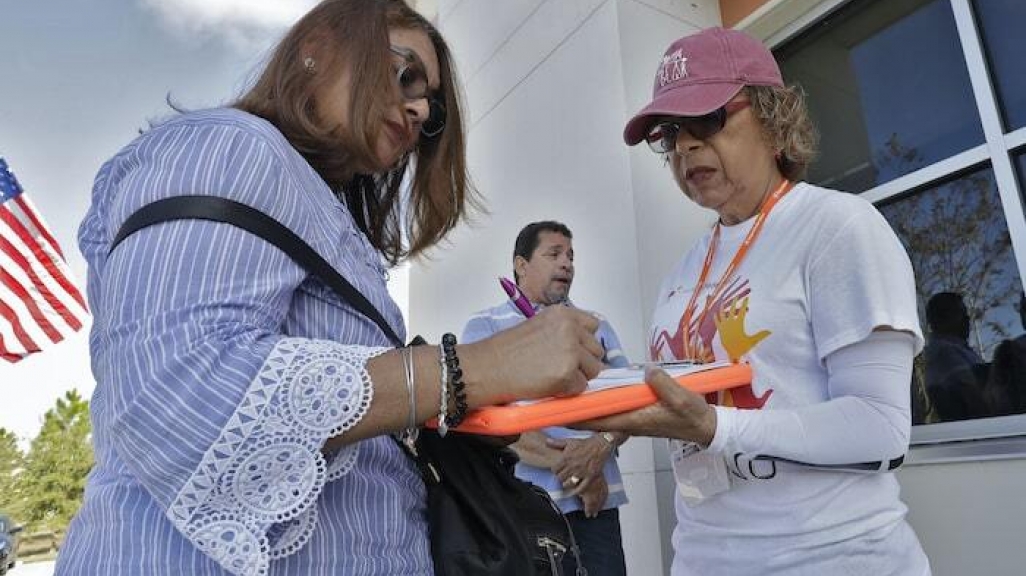 LatAm in Focus: The Myth of the Monolithic Latino Vote

In this episode, we dig into the data on this U.S. voting bloc with Mark Hugo Lopez of the Pew Research Center.

Though often treated as a monolithic bloc, Latinos are diverse in their political opinions, much like the U.S. population as a whole. Half of Latinos say that deportations of undocumented immigrants should an important policy goal for Washington, but 80 percent say that a pathway to citizenship for the undocumented should be an important goal as well. The majority of U.S. Latinos think the government has done a poor job managing what’s happening at the U.S.-Mexico border, especially when it comes to asylum seekers. And yet more than half say the United States does not have a responsibility to take in refugees from countries like El Salvador, Guatemala, and Honduras.

But Latinos do share commonalities with the rest of the country: employment and healthcare are top issues for Latino voters, and all the more so during the pandemic. Still though, there are a few key distinct characteristics of Latino electorate, says Mark Hugo Lopez, director of global migration and demography research at Pew Research Center, who also heads Pew’s research agenda on the U.S. Latino community.

Almost half of eligible U.S. Latino voters are 35 or younger and are often first-time voters. Among white voters, that figure is just one in five. Young Latinos are on social media more than their peers of other groups, but that doesn’t mean they’ll necessarily buy into a message just because it’s on a particular platform.

And, as in the myriad of ways the coronavirus pandemic is exacerbating and revealing inequalities in U.S. society, Latinos are being hit harder by the health and economic crisis than other groups, with 61 percent of Latino homes saying somebody in their household has either taken a pay cut or lost their jobs due to COVID-19 compared to 49 percent for the population overall, says Lopez in this interview with AS/COA Online’s Holly K. Sonneland.The good news for campaigns hoping to win Latino support is that one of the most important factors in getting them to turn out to vote in 2020 elections is also one of the simplest: just reach out to them. But don’t think that that outreach has to be in Spanish; three quarters of eligible Latino voters were born in the United States and for many of them English is their primary language. Says Lopez: “Focusing on just Spanish-speakers, while important, isn’t necessarily always the best way to reach this group.”