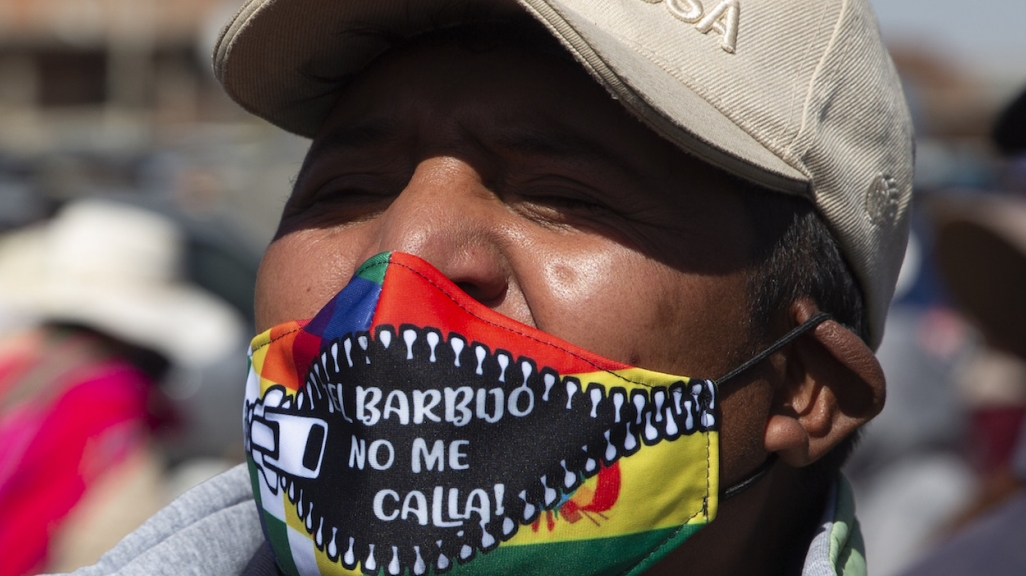 Once upon a time, Bolivia was scheduled to hold general elections on October 20, 2019, and a presidential runoff, if necessary, a couple months later. Nearly 10 months later, that scenario feels quaint.

Protests, an abrupt presidential resignation, two vote reschedules, and a pandemic later, the country is currently scheduled to hold special general elections on October 18, 2020. While the situation remains tenuous, on election day Bolivians will vote for a president, vice president, and all the members of the Legislative Assembly—36 senators and 130 deputies. Because of Bolivia’s proportional representation system, how many seats each party wins in Congress is based partly on the outcome of the national presidential vote. The winning candidates will serve the remainder of the 2020–2025 term, taking office before the end of the current year.

AS/COA Online looks at the vote’s antecedents, the current morass, and the effect of COVID-19 on the process.

The 2020 field, which the Supreme Electoral Tribunal (TSE) certified in February, has the same number of candidates as the year before, but the field is now crowded with heavyweights and less consolidated. The original 2019 race boiled down to a competition between incumbent Evo Morales and his predecessor Carlos Mesa, with six other candidates in the running. Mesa had the support of several key opposition figures, such as longtime Morales challengers Samuel Doria Medina and Jorge “Tuto” Quiroga, in an effort to consolidate the opposition. In the preliminary first round results, which were later annulled, Morales and Mesa took a combined 84 percent of the vote.

Mesa is again in the running, as is evangelical pastor Chi Hyun Chung, who came in a surprising third in 2019. Morales, who remains in exile in Argentina, handpicked Luis Arce to replace him on the Movement toward Socialism (MAS) ticket. In January, interim President Jeanine Añez announced she’d be a presidential candidate in the 2020 special elections, with Doria Medina as her running mate. Quiroga also announced he would throw his hat into the ring. Also new to the 2020 ballot is Luis Fernando Camacho, a Catholic civic leader, who came on the national scene during anti-Morales protests in late 2019. Two other official candidates round out the pack.

An Ipsos poll released July 22 found that Arce and Mesa are at the top with about 26 percent support each, followed by Añez at 14 percent, Camacho at 9 percent, the rest in single digits, and undecideds making up 19 percent. The poll also indicated that Mesa could win by double digits in a head-to-head against either Arce or Añez. The poll, as is often the case in Bolivia, focused its sampling in urban areas, where MAS is weaker.

Electoral uncertainty amid the pandemic

Bolivia’s special elections were originally slated to take place on May 3. On March 10, however, the novel coronavirus arrived in the landlocked South American country, and on March 21, officials put the election on indefinite hold. After weeks of negotiations, the parties and candidates agreed in late June to a rescheduled date of September 6.

But as the case numbers continued to rise unabated and experts predicted the country would hit its peak in August, officials and the voting public grew wary of heading to the ballot box. Añez, along with 11 of 17 members of her cabinet, came down with the virus in July and August, with one minister spending time in the ICU. (Añez has since recovered.)

A survey published July 22 found that while 71 percent of voters said they planned to head to the polls in September, 64 percent supported pushing the elections back in order to lessen contagion. Voting is compulsory in Bolivia, and voter turnout hit nearly 90 percent in the 2019 October election. On July 23, authorities pushed the date back once more, this time to October 18.

MAS—which has throughout the year pushed for elections to take place sooner rather than later—quickly responded. Party supporters started holding protests in late July and as of August 3, went on indefinite strike, blocking highways in El Alto and other party strongholds. In some cases, the blockades prohibited delivery of oxygen tanks in the country.

On August 10, the Añez administration filed a claim with the La Paz prosecutor general’s office accusing Morales, Arce, Arce’s running mate, and eight other party leaders with fomenting “terrorism, genocide, and other crimes against health” in relation to the protests. That day, the La Paz department recorded just under half of all cases in the country, and twice as much as Santa Cruz, which has a similar population and was where the virus first appeared in the country. Añez signed an executive decree on May 7 that said that anybody who “incites non-compliance” and “puts public health at risk” is subject to criminal prosecution. Añez’s presidency was supposed to be a caretaker one, but her administration quickly went to work dismantling Morales’ legacy—including pulling down statues of him—which has done little to unify a fractured electorate.

Añez called for leaders from political parties and civil society to come together for a mediated dialogue on August 9 over the issue of the election date and blockades. Arce, Camacho, Mesa, and Quiroga did not attend. Members of two of the other three parties who did attend criticized Añez for not resigning from the presidency while campaigning, with one vice presidential candidate saying voters want Añez to “drop her campaign and govern.” Meanwhile, Mesa and MAS representatives have said they’re open to talks mediated by the Catholic Church.

Adding fuel to the tensions lately is Interior Minister Arturo Murillo. He not only faulted Mesa and the TSE along with MAS for the roadblocks, but in an August 10 interview with CNN said the administration was “trying to avoid a civil war” but that if security forces were to open fire on protestors it would be a “politically correct” move.

On August 10, Morales called for MAS supporters to “consider” the TSE’s plan for October 18 general elections and a November 29 second round, with the UN observing. In calling for dialogue, the former president also said the interim administration’s decisions were intended to “provoke violence,” moves that he said were reminiscent of violent unrest in 2003 that ultimately saw the president at the time resign and his vice president, Mesa, ascend to the presidency.