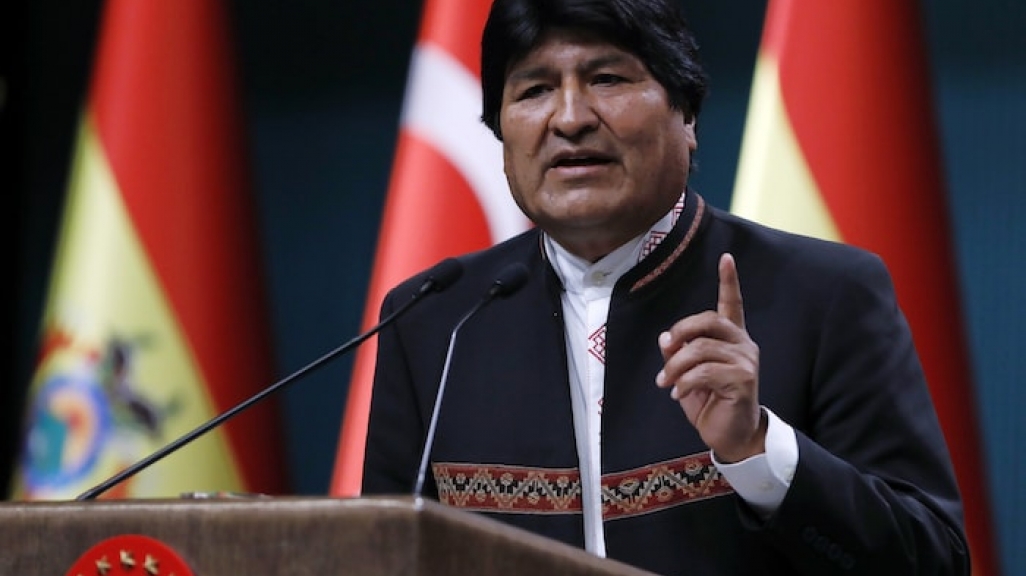 Is Bolivia's Evo Morales Poised to Win a Fourth Term?

Based on polls, it's possible that Evo Morales's party will lose the two-thirds majority in Congress but retain a slim absolute majority in both houses, writes AS/COA's Holly Sonneland in this Q&A.

Q: As Bolivians prepare to elect their next president on Oct. 20, polls show current President Evo Morales in the lead with 33 percent support, seven percentage points ahead of opposition candidate and former President Carlos Mesa. To win in the first round, Morales would need to either receive 50 percent of the votes or 40 percent with a 10-point margin over the runner-up. Is a runoff expected, and how would that alter Morales’ chances of winning? Will Morales’ Movement for Socialism party lose its majority in the Legislative Assembly, and what implications could this have for Bolivia’s next government? Can an eventual Morales victory be challenged constitutionally, and is that likely to occur?

It is an utter toss-up if there will be a runoff. In past elections, Morales performed a few points better than he polled since Bolivian polls tend to oversample urban areas where he is weaker, a difference that could be enough this year to get him to 40 percent, but in recent weeks a tepid response to forest fires has tarnished his image. Mesa meanwhile has won the support (albeit not full-throated endorsements) of important opposition figures and blocs but is still battling to get to 30 percent. If Morales cannot win in the first round, his chances of winning in December diminish considerably but not completely. Whatever the election’s outcome, Morales and MAS getting around 40 percent of the nationwide vote will have implications for Congress, as seats are allotted by proportional representation. Based on July polls, it’s possible MAS loses the two-thirds majority—and therein the ability to nominate judicial candidates and make constitutional changes—but retains a slim absolute majority in both houses. If Mesa wins and MAS retains any majority, how oppositional the party is toward Mesa will depend on how antagonistic Morales intends to be out of office and if MAS can reinvent itself without its figurehead. Beyond the election, there’s a petition before the IACHR to rule on the Bolivian courts’ decision that allowed Morales to run this year, which is at odds with the country’s constitution and a referendum. The commission has yet to put the issue on the docket but is due to meet next in November.