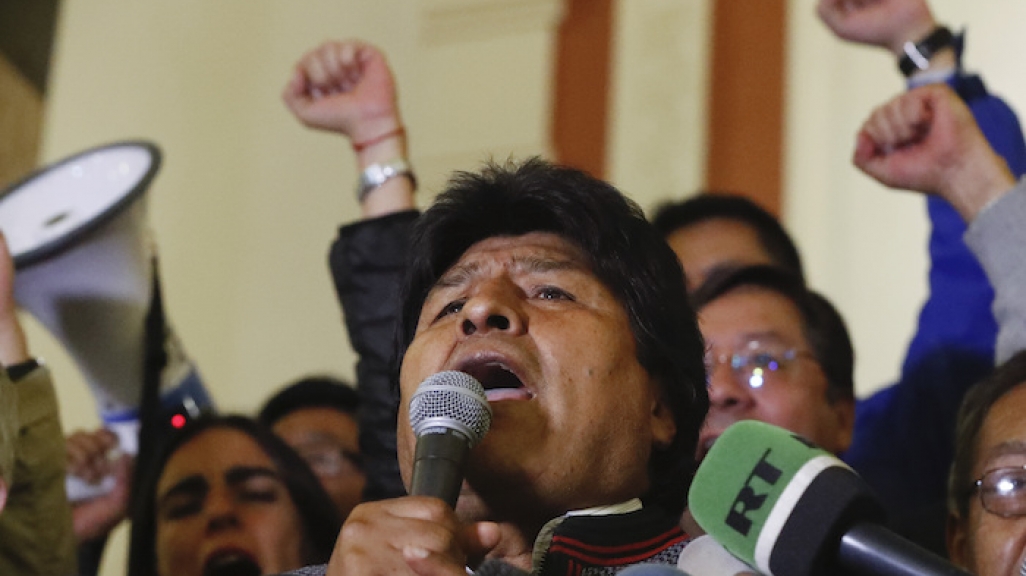 Days after the October 20 election and a delay in the final tally, counts gave Morales what he needs to avoid a runoff. But the controversy’s not over yet.

On Sunday October 20, Carlos Mesa was looking like a contender. At 8 p.m. local time and with 83.8 percent of votes counted, official early results had President Evo Morales leading the first-round general election vote with 45.3 percent to Mesa’s 38.2 percent. That meant Mesa was outperforming preelection polling and could well come within the 10-point margin needed to force the Bolivian presidential race into its first runoff vote ever.

What happened this week in Bolivia?

The electoral website delivering preliminary results stopped updating, an occurrence that the Organization of American States’ electoral mission described as “inexplicable.” When the counts restarted nearly a full day later, the counts showed Morales pulling ahead and close to earning the more than 10-point difference needed to claim a win in the first round.

Protests broke out in cities across the country. The OAS expressed “profound worry and surprise” for the shift in vote counts and urged respect for the voters’ will. Then on Tuesday, the vice president of the electoral commission resigned over the decision to delay the vote count, which, as he wrote in his resignation letter, had discredited the electoral process.

The week continued to be a tense one. On Wednesday, October 23, Morales—vying for a fourth consecutive term that would put him in office until 2025—said the opposition sought to stage a coup. Meanwhile, the OAS said the second round, scheduled for December, should take place regardless of the outcome. On the same day, U.S. Ambassador to the OAS Carlos Trujillo alleged that the government had burned ballots in some locations to avoid a recount and that the Morales government had shut down the count “because they did not realize their unpopularity and thought that they could win under this system.”

For his part, Mesa, a former journalist who served as president from 2003 to 2005, called for ongoing protests until confirmation of a runoff vote.

Thus far, that confirmation is not what’s come to pass. On Thursday, Bolivia’s electoral agency released the results of a near full count and gave the president another win: Morales had 47.07 percent compared to 36.61 percent for Mesa with 99 percent of votes counted.

Argentina, Brazil, Colombia, and the United States have all called for a runoff vote, with Colombia’s foreign ministry releasing a statement saying that these four countries “will only recognize results that reflect the will of the Bolivian people.” The European Union also backed the OAS’ Wednesday statement calling for a runoff.

Mexico’s deputy minister of foreign relations tweeted congratulations on behalf of his country’s government to Morales after election results came out on the evening of October 24. Cuba’s president Miguel Díaz-Canel congratulated Morales for winning “despite the media war of the continental right.” Venezuelan President Nicolás Maduro said on October 25 that Morales is facing a foreign coup attempt.

Bolivia’s runoffs are something new

The runoff feature was introduced by the Constitution Morales inaugurated in 2009. Previous Constitutions left the selection of the president up to the legislature in the case no candidate won 50 percent in the first round, which is precisely how Morales lost his first presidential run in 2002 when he came in second and within 1.6 percent of the first-place finisher. Subsequently, Morales won in 2005, 2009, and 2014 with 54, 64, and 61 percent of the vote, respectively.

Per the constitution, the runoff must take place within 60 days of the October 20 vote.

Not the only surprise of the election

Besides the prospect of a runoff itself, the night’s other surprise was the third-place finish of right-wing candidate Chi Hyun Chung, a South Korean-born evangelical pastor who’d surged in the final weeks of the campaign to finish with 8.8 percent. Óscar Ortiz, who’d polled third consistently, finished fourth with 4.1 percent.

Doubts about the process

Heading into Sunday, many were wary the Bolivian electoral system would only recognize a result that favored the man who’s been in office for close to 14 years. Indeed, it was institutions that allowed Morales’ candidacy this year after voters previously shut down the prospect. After losing a 2016 referendum to extend term limits by one term, Morales turned to Bolivia’s Constitutional Court, which ruled that term limits were unconstitutional, a decision the electoral agency then upheld when it certified his and Vice President Álvaro García Linera’s candidacy for the Movement toward Socialism (MAS) party ticket.

There were several documented instances of voter fraud on election day, and the polling firm tasked to perform the first rapid-count results was seen as having close ties to the president’s party. In addition, the country’s Supreme Court ordered that votes must be repeated in four voting centers in the Beni province.

Paola Nagovitch and Holly K. Sonneland contributed to this article. 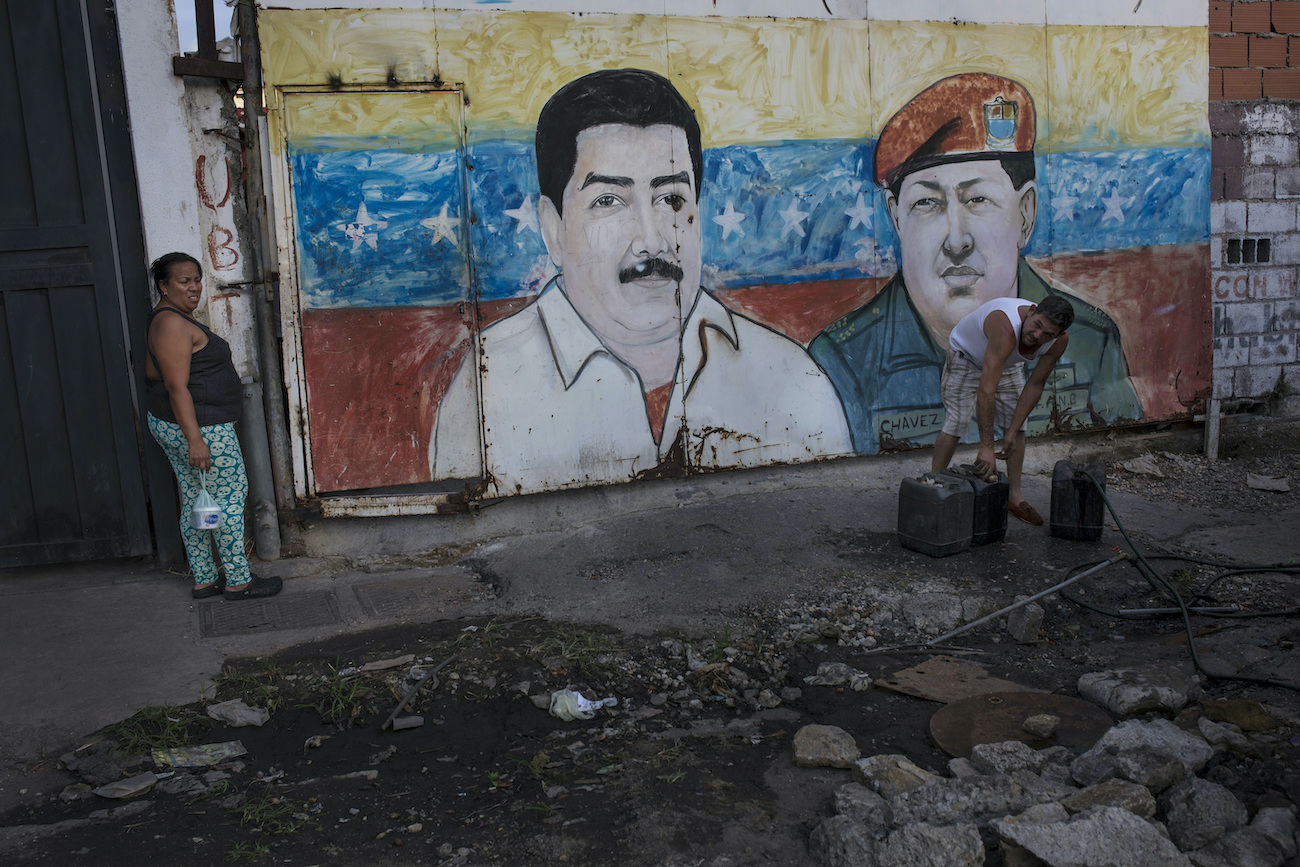