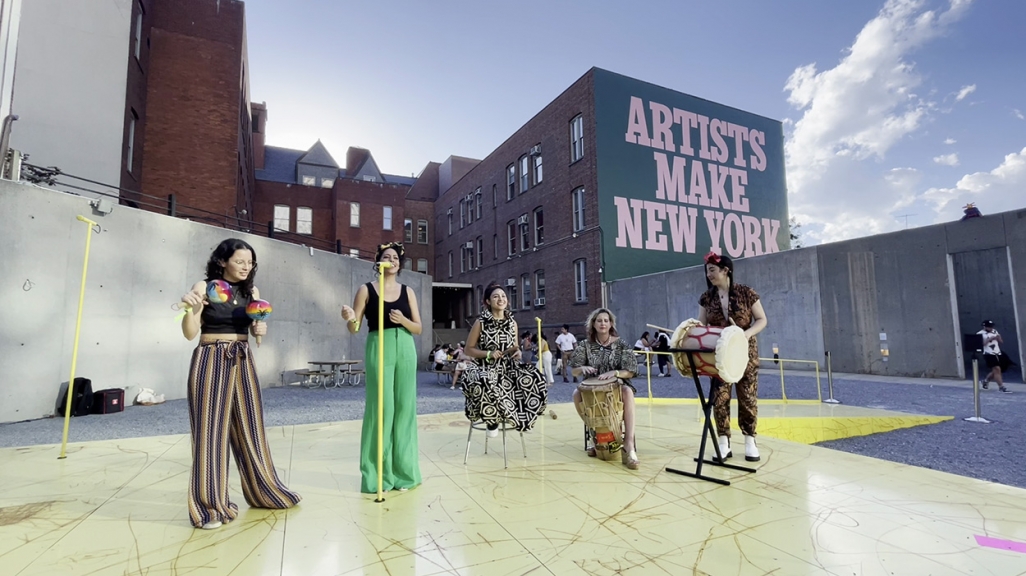 Music of the Americas: Start of the New Season

Music of the Americas is back for the 22-23 season, live and online.

Music of the Americas is back with three live events in New York, including the return of Mexican flutist/composer Wilfrido Terrazas to our stage, a conversation with Ignacio García-Belenguer, director of the famous Teatro Real in Madrid, and the U.S. premiere of the Guaraní opera Ñomongeta, by Diego Fernández Hasse at the National Museum of the American Indian downtown.

The new En Casa season starts with the first few of a series of videos by New York-based Latin American artists selected by cultural producer Claudia Norman, and the first of three videos of 20th- and 21st-century Mexican music recorded by Cuban pianist Ana Gabriela Fernández. Recuerdos takes a break this week.

Mexican flutist-composer Wilfrido Terrazas returns to our stage to launch his latest CD, The Torres Cycle, which features his own compositions and structured improvisations alongside a group of stellar collaborators.

From their home in Brooklyn, they sent us their version of "Adiós fulana," a traditional Afro-Colombian song.

Ana Gabriela Fernández was born in Cuba and now lives in Mexico City, where she completed a doctorate in piano at the Universidad Autónoma de México. She has participated in master classes with Sara Davis Buechner, Evelyne Brancart, Dang Thai Son, André Laplante, and André Watts. She made her debut with the Sinfónica Nacional de Cuba at age 10 and has received awards including the Havana International Music Competition, the Soloist Competition for the 85th Anniversary of the UNAM, and the Soloist Competition of the Philharmonic Orchestra of Mexico City. She has performed across North America as a recitalist, orchestral soloist, and with ensembles including Onix and Tambuco. In 2019 and 2022, she took classes with Maria João Pires in Lisbon.

From her home in Mexico City, Fernández sent us three pieces that have have been part of her work over the last year. Today we share "Tragedia en foma de rábano," written by Silvestre Revueltas in 1924.

Music of the Americas, in collaboration with Opera Hispánica and the National Museum of the American Indian presents the U.S. premiere of Diego Sánchez Haase’s Ñomongeta (Conversation), the first opera in Guaraní. Performed by José Mongelós and directed by Chía Patiño.

Additional support for new music performances comes from the Alice M. Ditson Fund of Columbia University, The Amphion Foundation, the Aaron Copland Fund for Music, and New Music USA’s Organizational Development Fund. The presentation of “Lisette – Caribbean baroque music” is made possible, in part, by support from the National Endowment for the Arts. The presentation of Rita Indiana is made possible in part by a grant from the Association of Performing Arts Professionals’ ArtsForward program, made possible through support from The Andrew W. Mellon Foundation.