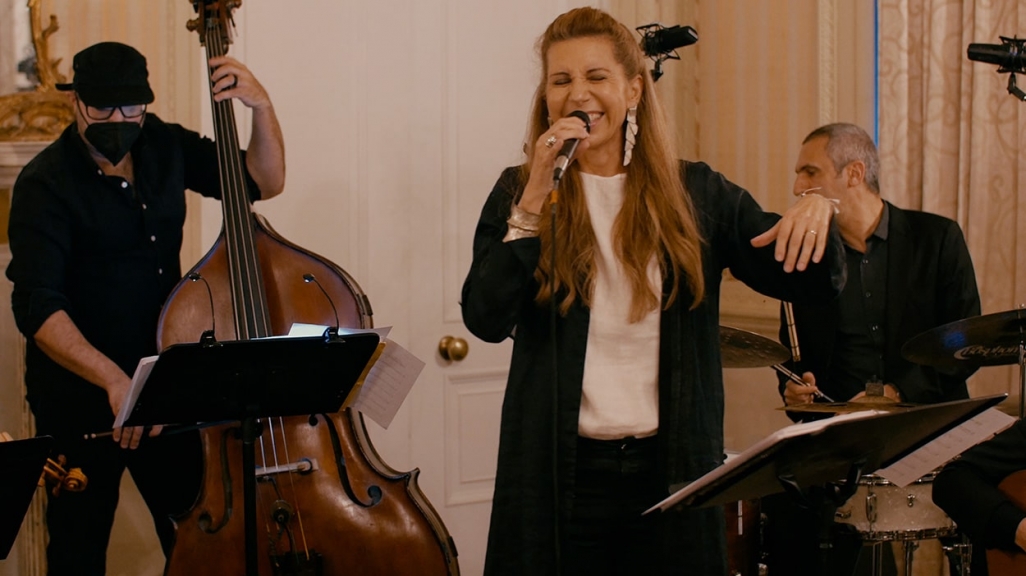 Music of the Americas: Magos Herrera, En Casa, and Recuerdos

This week features a video by the Mexican singer alongside solos by João Camarero, Silvina Gómez, and Sebastián Benassi.

This week, Music of the Americas highlights the work of Brazilian guitarist João Camarero with a new En Casa video and a Recuerdos video of his concert in 2020. It also features a solo piano piece by Sebastián Benassi and the video of Magos Herrera's latest concert on our physical stage in New York earlier this month.

Argentine composer Silvina Gómez has been living in Bello Horizonte, on the Uruguayan Costa de Oro, for almost twenty years. She has collaborated with artists on both sides of the River Plate, including Carlos Aguirre, Beto Satragni, Silvia Iriondo, and Nora Sarmoria, among others. Gómez has released three albums, Fábulas del Monte (2007), Aguas (2014), and Volátil (2021), with her quartet, which includes Hernan Peyrou, Rolo Fernandez, and Martín Ibarburu. Her music has received prizes in Argentina, Uruguay, and a residency in Brazil, during which she recorded Una tierra, which will be released in 2022.

Gómez teaches singing, percussion, and composition, to adults and children, and conducts Ensamble Vocal del 25 in Montevideo and the percussion/vocal group CoroCocó, in Marindia.

She sent us a solo version of her song "Mandarino," which won the Uruguayan Premio Nacional de Música in the folk song category in 2021.

Brazilian guitarist João Camarero performed to a sold-out house in 2020, just a few weeks before everything shut down. At the time, he had just released Vento brando, and the recital, which also included guest João Luiz, was dedicated to the album's tracks.

From that show, we share the album's lyrical title track.

Born in the Argentine city of Rosario, pianist, clarinetist, and composer Sebastián Benassi currently resides in San Jorge. He comes from a family of musicians that includes his parents and grandfather, who founded the Rosario Philharmonic in the 1930s. Benassi has released several albums of his original music as a soloist and with groups and singers. He has been teaching piano and Argentine popular music for over twenty years and has published original compositions and arrangements. As a pianist, he has shared the stage with distinguished artists of the Argentine popular music scene.

From home in San Jorge, he sent us this solo version of his piece "Recreo."

The award-winning Mexican singer and composer Magos Herrera presented a concert with her trio (Sam Minaie, Vinícius Gomes, and Alex Kautz) and a string quartet from The Knights (Alex Fortes, Yaira Matyakubova, Mario Gotoh, and Jia Kim). The program was dedicated to the music Herrera created during the pandemic, including Remanso, a song cycle commissioned by Chamber Music America.

We will release the video of this concert on May 13, but in the meantime, you can enjoy this excerpt of one of Magos' collaboration with Gregorio Uribe and JP Jofre in the 2019 concert by Uribe and his Big Band. They performed this unique version of Caetano Veloso's "Coração vagabundo," which has to be one of the few times you will see this combination of bossa nova and tango.

The MetLife Foundation Music of the Americas concert series is made possible by the generous support of Presenting Sponsor MetLife Foundation. The Spring 2022 Music program is also supported, in part, by public funds from the New York City Department of Cultural Affairs in partnership with the City Council, by the New York State Council on the Arts with the support of the Office of the Governor and the New York State Legislature, and by the Howard Gilman Foundation. Additional support provided by iShares, The Augustine Foundation, and the National Endowment for the Arts.