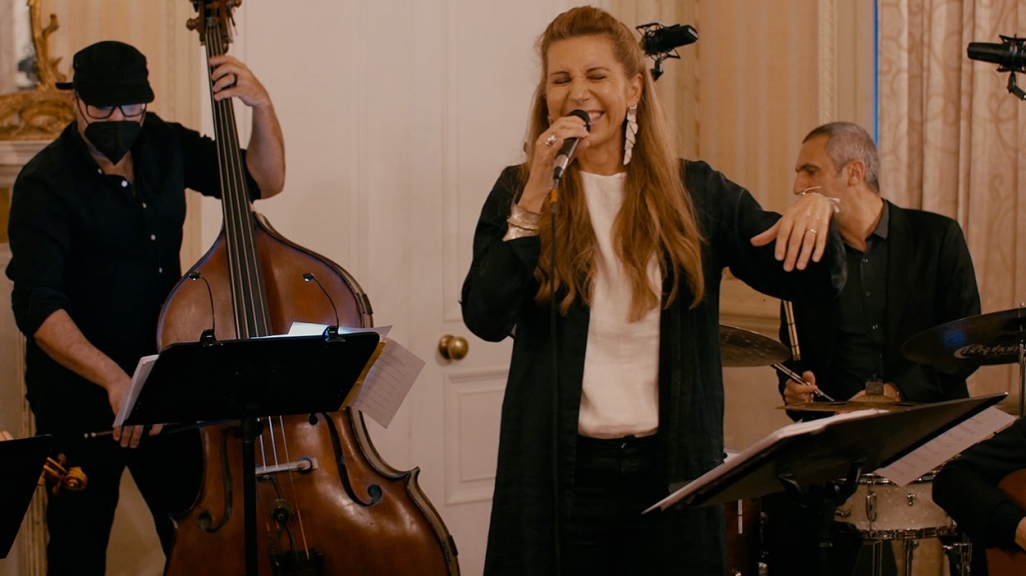 Music of the Americas: Magos Herrera and En Casa

En Casa this week features piano solos, a clarinet/guitar duo, and the recording of Magos Herrera's latest concert on our stage.

On Friday, we share the video of Magos Herrera's concert in our hall in April.

Águeda Garay is a pianist, composer, and teacher born in the city of Santa Fe, Argentina. She is a graduate of the Universidad Nacional del Litoral, where she now teaches applied piano. Garay has received numerous composition awards in Argentina, including one from the Santa Fe Symphonic Band and Municipal Choir for “Nana del viento,” which is the song she sent us a video of this week.

"Nana del viento" was originally a choral work with the style of a Canción del litoral—a term that characterizes folk music from the region that stem from the very popular chamamé. The song talks about the landscapes and the inhabitants of the riverbank. The typical instruments of this genre, accordion and guitar, inform the piano textures in this solo version.

Pianist, composer, and educator Arturo O'Farrill was born in Mexico and grew up in New York City. His professional career began with composer Carla Bley, and he continued as a solo performer with a wide spectrum of artists, including Dizzy Gillespie, Lester Bowie, Wynton Marsalis, and Harry Belafonte.

O'Farrill has recorded countless albums and received several Grammy Awards for composition and jazz. In 2019, he was artist in residence for The Greene Space in New York City, for which he created a four-concert series that included a newly commissioned composition. His 2020 weekly concerts series with the Afro Latin Jazz Orchestra was included in The New York Times' list of 10 Best Quarantine Concerts.

From his home in California, Arturo sent us two pieces. Today, we share "Pure Emotion," a piece by his father Chico O'Farrill.

New York-based, Grammy-nominated, Mexican singer and composer Magos Herrera is one of the most expressive, beautiful voices in the contemporary Latin American jazz scene. In her return to our stage in March, she was joined by the Magos Herrera Quartet, an acoustic quartet that incorporates harmonic jazz principles and improvisational elements, and a string quartet from the orchestral collective The Knights.

Additional support provided by iShares and The Augustine Foundation.