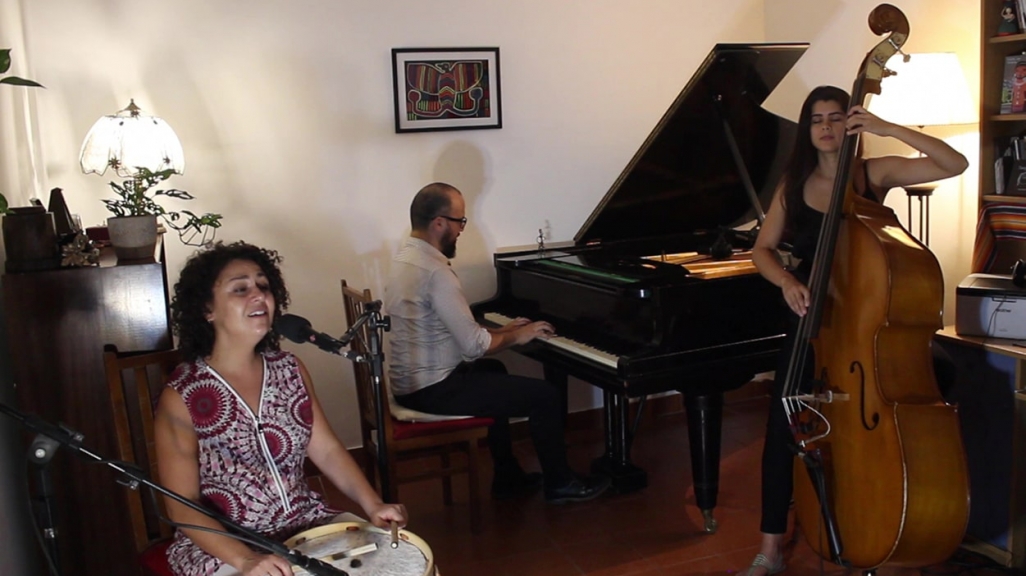 Music of the Americas, curated by Adrián Iaies

The Argentine pianist and producer selects four artists who explore the music of his country.

This week features a new virtual Music of the Americas concert of audiovisual works by Fonema Consort, as well as a conversation with a group of Latin American cultural leaders on their experiences after a year of work in the pandemic.

We enjoyed the videos that Argentine jazz pianist Adrián Iaies sent us over the past few weeks. In addition to his accomplishments as a pianist and composer, Iaies is also a dedicated artistic administrator and a curious student of his country's musical scene, so we invited him to select a group of musicians making exciting music right now for En Casa (At Home).

Argentine pianist, arranger, and composer Ovidio Velázquez has participated in the most important folk festivals in his country, including Festival de Cosquín Festival, Festival de Doma y Folklore de Jesús María, and Festival del Chamamé. He has also toured Asia and Europe as pianist and musical director of Break the Tango and Tango After Dark, and is currently working on the production of the first album with Ovidio Velazquez Trío, featuring his original compositions.

From Buenos Aires, Velázquez and his trio partners bassist Diana Arias and singer Mora Martínez sent us “Volviendo Zamba,” in the form and rhythm of a zamba, a musical genre originally from northwestern Argentina that over time has become a musical symbol of the whole country.

Italian pianist Andrea Rea was born in Naples and studied jazz and classical piano. He is currently the pianist of (O.N.J.) Neapulitan Jazz Orchestra, conducted by Mario Raja, and of the Stefano Di Battista 4et. In 2010 he released White Room, his first record as a leader, which was followed by Arioso, released in 2014 with special guest Stefano Di Battista on soprano sax and several others. Rea has also performed with Marcello di Leonardo and Daniele Sorrentino, Dianne Reeves Band, and Yotam Silberstain, among many others.

From Rome, he sent us a solo version of Carlos Aguirre's “Milonga gris,” which has become a big hit among En Casa performers over this past year.

Santiago Lamisovski is one of the most active double bass players in the Argentine jazz scene. He has played with Guillermo Romero, Ernesto Jodos, Mariano Loiácono, Rodrigo Domínguez, Luis Nacht, Sergio Verdinelli, Michael Attias, Louis Sclavis, Ed Neumeister, and Yissy Garcia. He’s participated in the Buenos Aires Jazz Festival several times and in 2016 was selected to participate at the Marilyn Crispell Residency. He currently plays in the Adrián Iaies Drumless Trio, the Nataniel Edelman Trio, the Marcelo Gutfraind Quintet, and Emitime with Sanitago Leibson, Samir Böhringer, and Tobias Pfister. Lamisovski graduated with a degree in jazz from Conservatorio Manuel de Falla. In 2016, he participated in the School for Improvisational Music (SIM) in New York, where he studied with Ralph Alessi and took private lessons with Ben Street and Ron Carter.

As we pass a year since the start of the pandemic, we meet again with Juan Carlos Adrianzén, Clemencia Ferreyros, Pamela López Rodríguez, and Igor Lozada to ask them what their year has been like.

Watch the panel and participate in the chat!

What were they able to do to continue promoting the arts in the middle of a pandemic? How do they see the future? What are we learning that is going to change—maybe forever—our way to make art and to connect with audiences?

Guitarist, composer and teacher Carlos Moscardini is one of the leading voices of Argentinean guitar music, whose compositions are performed by renowned guitarists from around the world and have been included in study programs at conservatories in America and Europe. Moscardini has recorded several albums and has performed over the world. He has given seminars and masterclasses and has juried competitions in Argentina and Europe. He has received numerous awards for his work on Argentinean folk music and tango. He currently teaches at the Conservatorio Manuel de Falla in Buenos Aires, where he founded the degree in Argentine traditional music.

Singer Julia Moscardini has participated in important jazz festivals in Buenos Aires, is a member of the CCK Jazz Orchestra, directed by Mariano Loiácono, and has shared the stage in Buenos Aires with Sheila Jordan, Carl Alen, Antonio Hart, and Cyrus Chestnut. In 2019 she released her first solo album, Stablemates, with Sebastian Loiácono, Ernesto Jodos, Jeronimo Carmona, Carto Brandán, and Mariano Loiácono.

From Buenos Aires, the daughter-father duo sent “Huella perdida,” by Carlos Moscardini and Francisco Lanusse. The huella is a traditional musical form from the Argentine pampas. Its lyrics are usually related to life in the countryside, frequently with probing existential content. This is a contemporary take on this musical style.

This virtual concert is Fonema's Music of the Americas debut.

Fonema Consort was co-founded by Chin with singer Nina Dante and composer Edward Hamel in 2011. The group is known for their "enthusiastic embrace of daring new music" (Chicago Reader) and is driven by a fascination with pieces that foster rich interplay of voices and instruments.