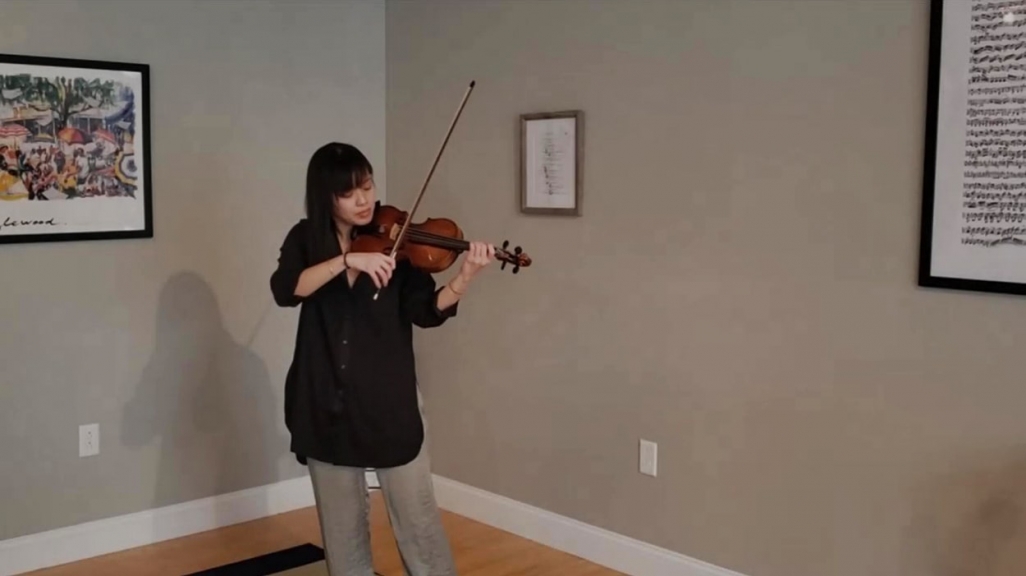 Music of the Americas: Canada, Colombia, and “Congada”

Recuerdos (Memories) takes a break this week, but you can catch up on all the videos.

In 2008, Camilo Giraldo, César Quevedo, and Guillermo Bocanegra founded the guitar trio Trip Trip Trip, which explores Colombian and Latin American musics. Several Colombian composers have written for them, creating a wildly varied repertoire in their recordings and live shows, from the dreamy atmospheres of Alejandro Zuluaga, to the subtle evocations of Colombian traditional music in Mateo Samper's work, through the mystical and vigorous rhythms of Damián Ponce, to the group's own arrangements and compositions. They have released three albums: Trip trip trip (2012), ¡Que cosa tan seria! (2014), and Como quien oye llover (2017), this last release distributed by NAXOS. In 2016 they were invited to the Research and Music Festival in the Netherlands. Their latest concerts include the release of Como quien oye llover at Teatro Mayor Julio Mario Santodomingo in Bogotá, a showcase at Classical:Next in Amsterdam, and three European tours from 2017 to 2019. In 2021, they will release their fourth album, built around the idea of memory, with a program including pieces written for the ensemble, which they will release at the Teatro Mayor in March.

Trip Trip Trip Trio was in En Casa a few weeks ago during our Colombia week and we are very happy to have them again in the series with "Las horas," a piece by trio member Giraldo. He intended it as a metaphor for attention and time, considered as a relative construct. Since music belongs to the arts of time, the attention needed to keep up with the rhythmic complexity of the piece enhances our perception of time. It also refers to the numbers on the face of a wall clock and to the calendar.

Lauzer will be at Music of the Americas next month in a delightful concert of Trio Sonatas by Vivaldi and two of his French contemporaries. While we wait for that concert, he sent us two movements from the Second Suite for solo recorder by Maute, a contemporary work written in the baroque style.

London-based pianist Clélia Iruzun grew up in Rio de Janeiro, where she began playing the piano at the age of four. At 17, Iruzun won a scholarship to study in London with Maria Curcio and Christopher Elton at the Royal Academy of Music, where she graduated with a recital diploma. She also studied with Noretta Conci and Mercês de Silva Telles. Iruzun has given recitals and concerto performances throughout Europe, the Americas, and Asia. She has premiered several Brazilian works, including Henrique Oswald's Piano Quintet, Villa-Lobos's Octet, João Guilherme Ripper's Piano Sonata, Marlos Nobre's Desafio for piano and guitar and Sonata breve at Southbank and Wigmore Hall, and piano concertos such as Mignone’s Fantasia No.3. In her native Brazil, she has premiered works by British composers such as York Bowen and Arnold Bax, and recently appeared at the Festival de Inverno Campos do Jordão.

Iruzun has recorded music by South American composers, including Villa-Lobos Piano Music (1992), Latin American Dances, (1998, Intim Musik), and Brazilian Mosaic, which included the world premiere recording of Nobre’s Concertante do Imaginário (2003, Lorelt), The Music of Lecuona (2005, Lorelt), among others. Iruzun is the founder, with with the Coull Quartet, of the festival "Brazil Three Centuries of Music."

From home in London, she sent us this riveting version of Francisco Mignone's virtuosic “Congada,” a piece she has performed around the world.

We close the week with Canadian violinist Jessica Tong, who has garnered international acclaim as a soloist, recitalist, and chamber musician. Tong has performed at Carnegie Hall’s Weill Recital Hall, the Kennedy Center, les Invalides in Paris, and the Gewandhaus in Leipzig, among other venues, with artists such as Pamela Frank, Leon Fleisher, and members of the Cleveland and Brentano Quartets. She has served as the first violinist of the Vinca and Larchmere String Quartets. Her debut album of chamber works by Stephan Krehl with the Larchmere Quartet and clarinetist Wonkak Kim was released in 2016 by NAXOS to critical acclaim. Tong has been an artist-in-residence for the Perlman Music Program in Florida, the Gorgeous Sounds Program in Oregon, is a two time recipient of the ProQuartet Odyssée Residency Grant in France, and has served as a co-artistic director for several chamber music workshops including Chamber Music of the Rockies in Colorado, University of Florida’s ChamberFest, and the Harlaxton Music Festival in England. She is co-founder of the chamber music residency organization Music Beyond the Chamber, chamber music director for the Composers Conference, and assistant professor of violin at the State University of New York Fredonia.

From home in upstate New York, she sent us this video of the Largo from Bach's third Violin Sonata.