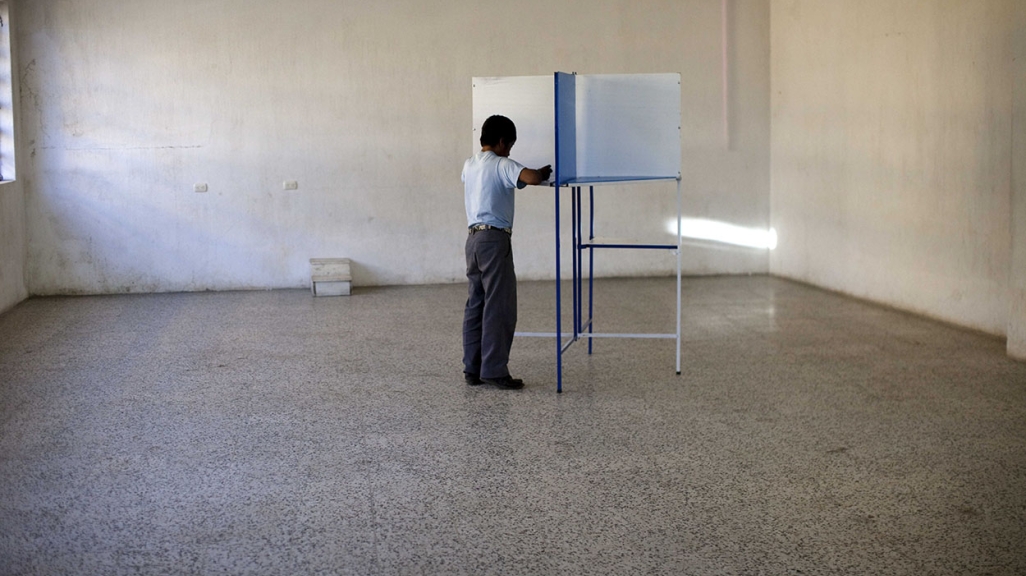 2023 Elections in Latin America: A Preview

While Argentina, Guatemala, and Paraguay will hold presidential votes, a number of other countries have notable elections.

In 2023, three countries in Latin America—Argentina, Guatemala, and Paraguay—will hold presidential races. In only one case will the current leader, Alberto Fernández of Argentina, run for reelection. With an anti-incumbency wave washing across the region, sitting politicians and governing parties alike will attempt to stave off opposition movements. The winners will face a challenging political environment: a tense macroeconomic moment, low faith in democracy, and rising food prices due to global insecurity. But they’ll also find themselves among a new crop of leaders reconsidering the prospects for regional integration.

AS/COA Online looks at the electoral calendar in the three Latin American countries holding presidential votes, as well as previewing other elections to watch in the coming year, including plebiscite in Chile and Ecuador, key gubernatorial races in Mexico, local elections in Colombia, and a Castro-less Cuban vote. Elections are listed in the order in which they are scheduled to occur.

In November 2022, President Guillermo Lasso, frustrated by a hostile Congress, signed a decree calling for an eight-question plebiscite that covers three areas: security, political reform, and the environment. If passed, six of the eight questions would amend the Constitution and include measures that legalize the extradition of Ecuadorans charged with felonies related to organized crime, grant the General Prosecutor office independence from the state, reduce the number of National Assembly members, and make people and communities potential beneficiaries of state compensation for the “generation of environmental services.”

The plebiscite may serve as a referendum on Lasso, whose approval rating sits at 15 percent. In 2022, he narrowly escaped impeachment. The Confederation of Indigenous Nationalities of Ecuador—an organization that spurred the weeks-long series of protests against high fuel prices, unemployment, and Lasso’s policies in 2022—rejected the plebiscite, saying the questions “don’t solve anything.” According to a September 2022 poll, a slim majority of the Ecuadoran population viewed the prospect of a referendum favorably.

Both the capital Quito and biggest city Guayaquil also have elections for their mayors.

On March 23, Cubans will vote in the first legislative election to feature neither Fidel nor Raúl Castro as party leader. It’s also the first election for the National Assembly of People’s Power since a political reform passed in 2019 that reduced the number of legislators from 605 to 474.

Cuba is a one-party state where opposition parties are illegal, so resistance to the status quo can come in other forms. One metric to watch will be turnout. Only 69 percent of registered voters cast ballots in the 2022 municipal elections, the lowest turnout in 40 years. Cubans can also vote blank, indicating that they support only some or none of the candidates on their ballots.

Three main candidates are vying for Paraguay’s presidency. With center-right President Mario Abdo Benítez ineligible for reelection, Santiago Peña will be the Colorado Party’s candidate. A former finance minister under President Horacio Cartes (2013–2018) and an IMF economist, Peña lost to Abdo Benítez in the 2018 party primary. While he was not the candidate Abdo Benítez backed, Peña is the choice of Cartes, who is the party’s leader and has been blacklisted by the U.S. government over corruption allegations. Corruption scandals surround other high-ranking Colorado Party officials, including the current vice president.

Peña faces three-time candidate Efraín Alegre, who served as a minister under President Fernando Lugo (2008–2012) and is a member of the Authentic Radical Liberal Party. In December, he won the primary of the Concertación opposition coalition. Alegre has promised to ditch his country’s long-standing diplomatic relations with Taiwan in favor of ties with China. Paraguay is the only South American country that still recognizes Taipei. Concerns about the Colorado Party’s corruption could give Alegre’s candidacy a boost, but the fact that the ruling party has held the reins nearly continuously for decades means he will come up against an entrenched political machine.

Another competitor is outsider candidate and suspended Senator Paraguayo “Payo” Cubas of the National Crusade party, known for his provocative stances like supporting the death penalty for corruption. Still, amid limited polling, analysts predict a two-horse race between Alegre and Peña.

The Colorado Party will also attempt to defend its majorities in the legislature. In the Senate, it currently holds 17 of 45 seats and the Authentic Radical Liberal Party not far behind with 14. The Colorado Party also holds 43 of 80 seats in the Chamber of Deputies.

Only two states hold elections in Mexico this year, but with the country’s 2024 presidential competition heating up, observers will be watching what happens in both votes for an electoral temperature check.

The big electoral prize in 2023 will go to whomever wins the gubernatorial seat in Estado de México, often referred to as Edomex and known as the State of Mexico in English. Edomex, which borders the capital, is the most populous of the country’s states—home to 13.5 percent of the population and roughly 12.6 million voters.

But what also makes this election notable is that Edomex has been governed by the Institutional Revolutionary Party (PRI) for decades without interruption. While the PRI held the presidency for seven decades until 2000, it has seen its political power greatly reduced from holding two-thirds of governorships in 2012 to just 3 out of 32 states ahead of this June vote. With Edomex considered a PRI stronghold, a loss would be another major blow for the once-mighty party. It could also be to the gain of the governing party and of President Andrés Manuel López Obrador; Morena’s Delfina Gómez, a former education minister known as “la maestra”, has led polling among pre-candidates. She previously competed for and narrowly lost the seat in 2017. The PRI’s Alejandra del Moral, a former federal deputy and mayor, is expected to be the candidate for the Va Por México opposition coalition.

Much as in the case of Edomex, the PRI currently holds the governor’s seat in the northern border state of Coahuila but businessman and Senator Armando Guadiana, the Morena coalition pre-candidate, polls ahead. Guadiana ran in and lost the state’s 2017 competition.

Though President Alejandro Giammattei cannot run for reelection, the conservative leader is hoping his party, Vamos, becomes the first to win consecutive presidencies since the 1996 Peace Accords. Giammattei has thrown his support behind Congressman Manuel Conde Orellana. The two have appeared at rallies together and new public works projects are covered in the Vamos colors, despite laws prohibiting campaigning until 90 days before the election date.

These actions have raised questions about how level the playing field will be in Guatemala’s 2023 elections, which come amid the Giammattei government’s actions to weaken democratic institutions, defang the judiciary, and hamper journalists’ work. And faith in democracy is low generally: only 39 percent of Guatemalans have trust in the upcoming elections, per a 2021 Latinobarómetro survey.

However, per an October CID December poll, Conde polls ninth with just 1 percent of voter intention. The frontrunner instead is conservative former Congresswoman Zury Ríos, with 16 percent. Ríos is the daughter of military dictator General Efraín Ríos Montt, who was convicted of committing genocide. Zury Ríos was blocked from running for president previously due to a now-overturned prohibition against candidacies of relatives of former coup leaders. Other likely candidates include former Vice President and two-time presidential runner-up Sandra Torres, businessman and national populist Roberto Arzú, and indigenous leader Thelma Cabrera. There will be 28 parties contesting the 2023 election, with 10 competing for the first time.

Amid inflation nearing 100 percent in Argentina, a recent World Cup victory, and anti-incumbency on the rise in Latin America, President Alberto Fernández is gunning for a second term.

His center-left coalition, Everyone’s Front, faces a challenge from the center-right Together for Change coalition and the libertarian Freedom Moves Forward coalition.

Fernández joins roughly 10 other potential candidates vying for the presidency, though this list will shorten following the Open, Simultaneous, and Obligatory Primaries (PASO) on August 13— a pre-election contest between the coalitions’ tickets. All parties are required to participate, and parties and candidates that get less than 1.5 percent of the vote in the PASO are disqualified from the election. Coalitions have yet to announce their candidates for the PASO but presidential hopefuls for top coalitions include Economy Minister Sergio Massa, libertarian Federal Deputy Javier Milei, centrist Buenos Aires Mayor Horacio Larreta, and conservative former Security Minister Patricia Bullrich.

Former President and current Vice President Cristina Fernández de Kirchner announced she wouldn’t compete again last year after being found guilty of corruption, as well as surviving an assassination attempt. In October 2022, center-right former President Mauricio Macri (2015–2019) also opted not to compete, saying “it is time to fight for ideas and values, not for oneself.”

Per polling, inflation is voters’ top concern, followed by corruption and poverty.

On October 29, Colombians will vote for all 32 governors and local legislatures, as well as 1,102 mayors across the country, and President Gustavo Petro will be looking to expand control for his Historic Pact coalition. Petro closed 2022 with a 52 percent approval rating, but those who approve of his work are likely to have also voted for him in the 2022 presidential election.

As for the mayoral races, this year’s contests in big cities, such as Bogotá and Medellín, can provide a springboard for politicians the four final candidates in Colombia’s 2022 presidential elections previously served as mayors.

Chile might have two elections in 2023, though it is unconfirmed. After Chileans rejected a draft constitution in September 2022, the country continues on its path to replacing its Magna Carta continues. In December 2022, Chile’s Congress agreed that a commission of 24 experts will draft a new Constitution that will then be reviewed and revised by a group of 50 elected representatives. If this process is approved by President Gabriel Boric, there will be a vote in May on the representatives and a final vote on the document in November or December of 2023.