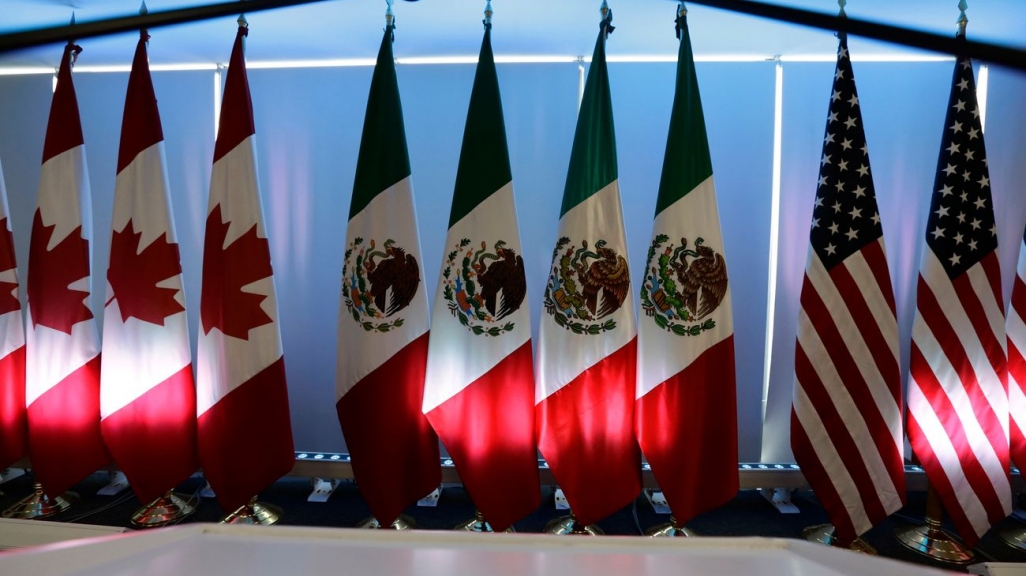 It will be the first NALS since June 2016, when Canada played host to then-Presidents Barack Obama and Enrique Peña Nieto. López Obrador’s voyage to Washington for the NALS is the president’s third trip outside of Mexico since he was inaugurated nearly three years ago, but it is his second in two weeks. He visited New York at the beginning of the month when Mexico took over the rotating presidency of the UN Security Council. He won’t have to travel the next NALS though as Mexico is slated to host in 2023.

What’s on the agenda for this round of what’s become known as the “Three Amigos Summit”? The main topics are COVID-19 and health security, economic integration with an eye on climate change, and migration. AS/COA Online’s Carin Zissis looks at what’s at stake in each of the three areas, with a particular focus on U.S.-Mexico ties.

On November 9, the Biden administration lifted restrictions for nonessential travel at the borders in a move that is a long-awaited boon, given that the U.S.-Mexico border region alone is thought to have lost $20 billion in business during the shutdown. Still, per U.S. rules, travelers must be vaccinated with coronavirus jabs approved by the World Health Organization (WHO). Heading into the summit, Canada has the highest rate of COVID-19 vaccination of the three countries, with 75 percent of its entire population fully vaccinated as of November 14, compared to 58 percent in the United States. All Ottawa-authorized shots have the WHO’s sign-off.

In Mexico, 49 percent of the population is fully immunized, but its coronavirus vaccine portfolio includes shots that have not gained WHO approval, notably China’s CanSino and Russia’s Sputnik V. Last month—and after Washington unveiled its sanctioned vaccines for foreign travelers—Mexican Foreign Minister Marcelo Ebrard urged G20 leaders in Rome to universally recognize vaccines “to facilitate the international mobility under the same conditions for all people.”

Ebrard indicated that López Obrador, or AMLO, will also raise similar concerns about vaccine acceptance at the NALS summit, as well as how the three countries can work together to provide vaccines across Latin America and the Caribbean. The United States has donated more doses—almost 11 million—to its southern neighbor than to any other Latin American country. For its part, Mexico used a chunk of those donated shots to carry out a COVID-19 immunization campaign along its northern border over the summer to pave the way for eased travel restrictions. By mid-September, officials said 90 percent of adults in 45 border municipalities had been fully vaccinated.

The last time AMLO headed to Washington was in July 2020 for a bilateral meeting with then-U.S. President Donald Trump to celebrate the implementation of the U.S.-Mexico-Canada Agreement (USMCA). The pact updated NAFTA and recommitted the three countries to increasing their economic integration, which involves roughly $1.2 trillion in trilateral trade. Now, as the three leaders come together, one goal will undoubtedly be to try to iron out the differences at a time when global supply chain woes threaten to slow economic recovery and worsen inflation.

The Biden administration’s green economic focus has the potential to be a sticking point for both Trudeau and AMLO. After all, Canada is the biggest supplier of oil to the United States. Its energy sector took a hit when Biden canceled permits for the bilateral Keystone XL Pipeline, and the Canadian economy could feel another strike if Biden sides with Michigan Governor Gretchen Whitmer’s moves to shutter the Enbridge Line 5 pipeline.

Moreover, legislation making its way through the U.S. Congress includes tax credits for electric vehicles built in the United States, and officials in Canada and Mexico have cried foul, saying such measures would violate USMCA rules.

On the flip side, Washington faces domestic public- and private-sector pressure to raise the matter of AMLO’s proposed electricity reform, which would give a Mexican state firm 54 percent control of the sector while curbing the use of renewable energies. Earlier this month, U.S. Ambassador to Mexico Ken Salazar, who will attend the NALS, said the Biden administration has “serious concerns” about the constitutional reform. Mexico’s governing coalition subsequently pushed the debate over the legislation, which currently appears to lack the votes needed to pass, to 2022.

AMLO has emphasized more than once that the electricity reform will not be a discussion point at the summit, saying that Biden “is very respectful of our sovereignty.” The Mexican leader is also expected to suggest that Mexico can help the United States meet its labor shortage needs through a migrant visa plan for 800,000 Mexican guest workers.

Immigration continues to be a point of political pressure in the United States, and that’s unlikely to change as migrants from across Latin America and the world continue to put their lives on the line to leave behind struggling economies, natural disasters, crime, and conflict. In the 2021 fiscal year, the U.S. Border Patrol reported 1.6 million encounters with migrants at the U.S.-Mexico border—quadruple the figure of the prior fiscal year and the highest count on record.

The Biden administration has continued using a Trump-era policy known as Title 42 that was implemented during the pandemic to both turn away migrants for public health reasons and then prevent them from seeking asylum. At the same time, the White House has been in a legal battle to try to end another Trump policy, dubbed Remain in Mexico, that forces asylum seekers to wait in Mexico while their cases are being processed, often leaving them living in squalid living situations and facing dangers such as kidnappings and sexual assault.

There have not been many bumps in the road when it comes to U.S.-Mexico migration cooperation since Trump’s 2019 threat to slap tariffs on Mexico if it didn’t take action to stop migrants, even if Mexico was arguably serving as a buffer long before that point. More recently, Mexico has taken measures to try to stem migration flows and caravans traveling through its territories by deploying thousands of members of its National Guard, an agency established largely to battle domestic security woes. It also proposed stricter visa rules for visitors from Brazil, just as there was a surge of Haitians coming via the South American country. Sources also say that Mexico, under U.S. pressure, is debating whether to tighten visa rules for Venezuelans.

While the agenda points show a lot of weighty issues are already packed into the one-day summit, bilateral security cooperation is likely to come up, particularly in the context of border security discussions. Mexico and the United States, which held a bilateral security dialogue last month in Mexico City, are still seeking to mend fences after the U.S. detention of Mexico’s former defense minister in 2020 roiled cooperation. A trumpeted fentanyl seizure in Culiacán late last month could be a sign that Mexico is responding to U.S. concerns about the uptick in smuggling of the deadly opioid. The AMLO government has largely taken a “hugs not bullets” approach to organized crime, that has thus far not stemmed bloodshed, though on November 16 Mexican authorities did detain Rosalinda González Valencia, wife of the head of the Jalisco New Generation Cartel, for her involvement in the group’s financial operations.