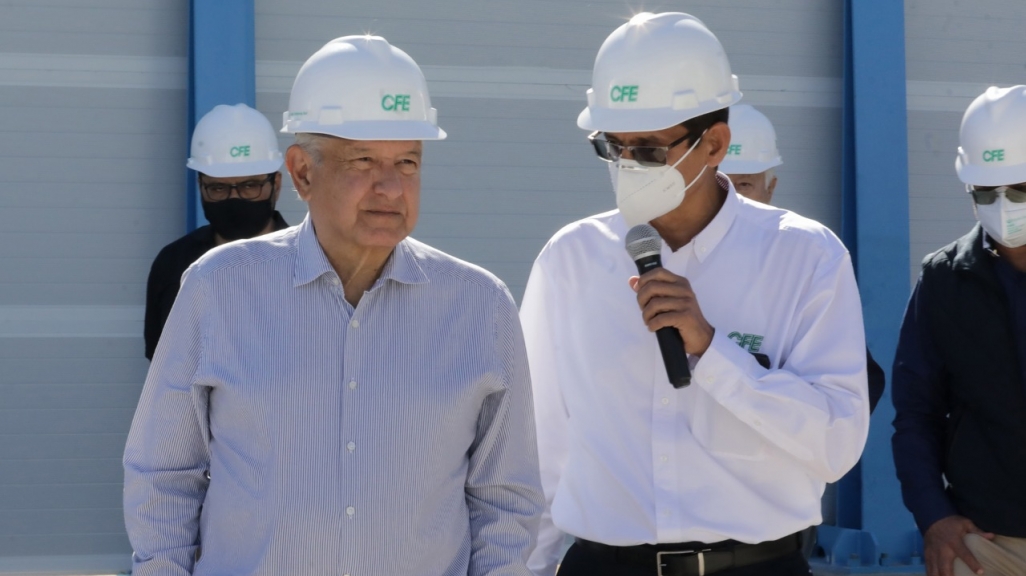 October opened up with big moves in areas high on Mexico’s agenda: security and energy. Both issues are among the most crucial to the country’s future.

On October 8, the Mexican capital played host to senior U.S. cabinet officials for a meeting that spelled the end of the 13-year-old, $3 billion security pact known as the Merida Initiative. A new agreement—with a rather lengthy name that commemorates 200 years of bilateral ties— was announced: the U.S. Mexico Bicentennial Framework for Security, Public Health, and Safe Communities. The two governments are slated to release a three-year plan for the Bicentennial Framework in January 2022. Until its release, the broad strokes of the meeting give a hint of how much will shift.

“For a lot of us who study U.S.-Mexico security cooperation, it feels more like a rebranding than a true change,” says Cecilia Farfán-Méndez, the head of a security research programs at the Center for U.S.-Mexican studies at the University of California, San Diego and the co-founder of the Mexico Violence Resource Project. She tells AS/COA Online’s Carin Zissis that the announced agreement comes after a year of bumpy security relations, particularly following the U.S. arrest of Mexico’s former defense minister, Salvador Cienfuegos, in 2020. But she notes that during the Obama administration, cooperation had already moved on from focusing on narcotics to building rule of law and guaranteeing safe communities.

That doesn’t mean there weren’t shifts in priorities. The fact that Mexican officials emphasized gun smuggling and U.S. officials focused on fentanyl represents the need to tackle “twin tragedies,” says Farfán-Méndez, given the hundreds of thousands of homicides linked to Mexico’s drug war since it began 14 years ago and the approximately 90,000 overdose deaths in the United States in 2020. “I think that to the extent that both governments could show that they care about loss of life on the other side of the border, that that could really go a long way in getting working agreements between both countries,” Farfán-Méndez concludes.

These are twin tragedies. You have a lot of loss of life in the U.S. because of overdose deaths and...in Mexico because of these firearms.

And, while she says “the jury is still out” as to whether each country’s security agencies can resolve feuds under the new framework, the two sides are playing ball. “We're on first base now,” she says. “There's a lot of help that needs to happen from other teammates and in other areas to get things going. But I think, after going through innings with no real play, now we're at least on base.”

If security is a topic of cautious cooperation, energy is an area of discord. On October 1, Mexico’s President Andrés Manuel López Obrador, or AMLO, introduced a constitutional reform that would give the state-owned electricity firm, CFE, control over 54 percent of the power market, effectively backpedaling on aspects of a 2013 reform that opened up Mexico’s energy sector to private and foreign investment. AMLO’s reform would also end the independence of the energy regulatory agencies by absorbing them into ministries and giving the government exclusive rights to lithium extraction.

Analysts and members of the business sector say the reform would endanger future private investment by canceling contracts and rebuilding a state monopoly. It would also risk international environmental agreements by favoring less efficient power generation resulting in an increase in prices for consumers. “One of the most important things that I would say about this initiative is that it is very clear on what it wants to strike down, but it's not particularly clear on what it wants to build and what it wants to accomplish as a whole for the Mexican people,” says Montserrat Ramiro, a former commissioner for the Energy Regulatory Commission, or CRE—one of the autonomous agencies that could meet its demise if the electricity reform passes.

That “if” is key. AMLO’s coalition doesn’t have the legislative seats needed to pass the reform on its own, though the president has sought to win over members of the Institutional Revolutionary Party (PRI), which was the very party that ushered in the landmark 2013 reform. Moreover, the reform could result in legal battles connected to the USMCA trade pact, explains Ramiro, who has held senior energy-focused roles at institutions such as the OECD and Mexican Institute for Competitiveness.

“USMCA makes sure that there's a level playing field in every single sector that it considers. [The electricity reform] would just clearly be against it.”

Even if the reform does not come to fruition, Ramiro expects AMLO will keep seeking ways to solidify a statist approach to the country’s energy sector. “I think he will just continue to say whatever is best for his political messaging, which he is a genius at—that is absolutely uncontroversial,” she says. “We will still be debating false accusations on either the energy companies or CFE itself and what our future is… And, and it will just keep on going until another government comes in.”