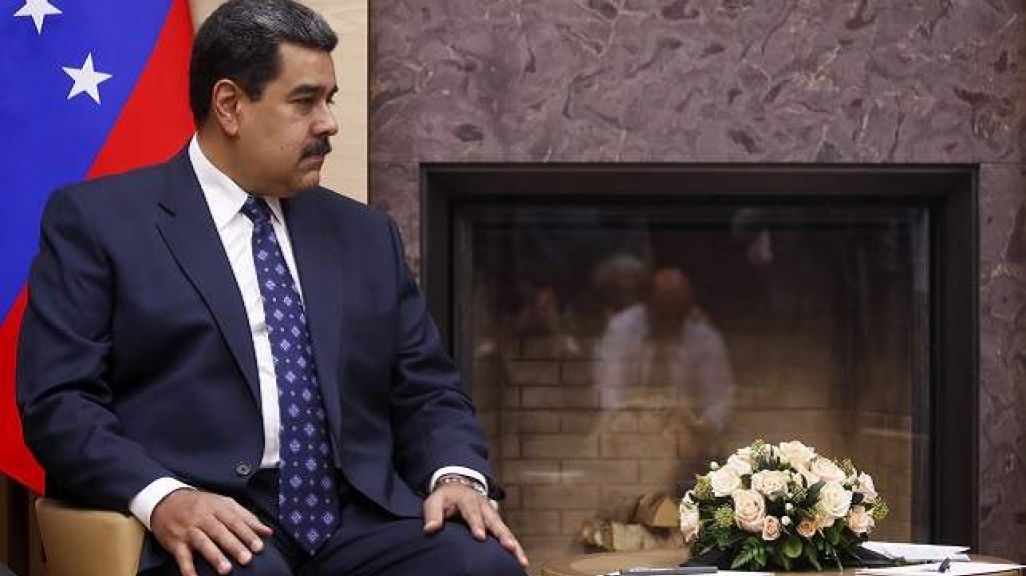 Venezuela’s diplomatic relations are straining to a breaking point as Nicolás Maduro prepares to begin a new term on January 10, 2019.

Updated January 4, 2019 — Nicolás Maduro has mostly lost friends since assuming Venezuela’s presidency in 2013. It’s about to get worse.

Citing Maduro’s fraught and fraudulent May 2018 reelection win, 13 Latin American countries party to the Lima Group—including Argentina, Brazil, Canada, Colombia, and Peru—called the embattled head-of-state’s second term “illegitimate” and announced they will not recognize him as president come January 10, 2019, when he’s due to be sworn in again. The January 4 Lima Group statement said the countries would, however, continue to recognize Venezuela's National Assembly as a democratically elected body, and urged Maduro to step aside in order to, per the Constitution, allow the president of the National Assembly to assume the presidency until new elections can be held. Opposition parties won control of that body in December 2015, but the Maduro administration has usurped the branch’s powers ever since. The body elects new officers on January 5. More than 30 other countries, including members of the European Union (EU), are expected to follow suit by downgrading or breaking relations with Caracas.

Notably absent was Mexico, which had been a member of the Lima Group but did not sign the statement. The silence is in line with newly installed President Andrés Manuel López Obrador’s promises to shift back to its past policy of noninterventionism in foreign policy. The United States was also quiet. Washington's influence has traditionally only rallied supporters of Maduro, though Secretary of State Mike Pompeo did participate in the discussions via video conference.

The group further condemned any military threats or provocations, citing a worrying December 22 incident in which a ship on an exploratory mission for ExxonMobil was approached by a Venezuelan Navy ship in Guyanese waters. Among many other measures, the group also stated that they would prohibit any high-level Maduro officials from entering their territories, and stressed a coordinated international response to a host of measures from sanctions to migrants and aid to international legal action.

As the country falls deeper into an economic and humanitarian emergency and Maduro loses his recognition as a democratically elected leader, we examine the state of Venezuela’s diplomatic ties.

Maduro’s first installation to power in the months leading up to Hugo Chávez’s death in March 2013 required federal judges to seat him over protests that their rulings violated the constitutionally mandated succession plan.

He survived this period without significant international opposition, with then-Colombian President Juan Manuel Santos and even the United States expressing willingness to work with him.

As plunging oil prices and soaring inflation gave way to an economic collapse since then, Maduro has lost most public support and now relies on electoral manipulation and violence to maintain his grip on power. What was once a proud tradition of voting is now in tatters.

Maduro’s 2018 reelection was the final straw that led a number of foreign leaders to formally end their relationship with his government. Immediately after, the 14 nations in the Lima Group refused to acknowledge the results and promised to recall their ambassadors and downgrade diplomatic ties. Then, Peru announced in December that it would call its fellow members to completely sever ties with Venezuela and issue travel bans against top government officials.

Maduro has not had the benefit of serving alongside like-minded regional heads of state the way Chávez did. While Chávez’s rise 20 years ago helped instigate a “Pink Tide” of leftist leaders, Maduro has faced more conservative presidents who consistently denounce him, such as Mauricio Macri in Argentina, Michel Temer and then Jair Bolsonaro in Brazil, Sebastian Piñera in Chile, and Duque in Colombia.

Colombia has weathered Venezuela’s difficulties arguably more than any other foreign nation. Of three million Venezuelans who have fled their homes in the last five years, more than one million are in Colombia.

The shift from friend to foe came as the Maduro regime’s response to political opponents grew increasingly forceful. In February 2014, Santos, Humala, and Piñera made appeals for peace and dialogue after opposition leader Leopoldo López was imprisoned and several were killed during protests. The July 2017 installation of a Constituent Assembly that usurped power from the opposition-controlled Congress drew further condemnation from some 40 countries.

Venezuelan and U.S. relations have also been tense, particularly since 2002, when Chávez accused former U.S. President George W. Bush of supporting an attempted coup, in what would become a common refrain. The two countries have not exchanged ambassadors since 2010, and Caracas and Washington regularly expel each other’s diplomats. President Donald Trump has put 40 Venezuelans under individual sanctions, continuing Barack Obama’s policies. Less than a month after Trump took office, U.S. Senator Marco Rubio—who has voiced openness to a U.S. military intervention in Venezuela—arranged for Trump to meet with Lilian Tintori, López’s wife and a prominent opposition figure. In addition to calling for López’s release, Trump said in a September 2017 address at the United Nations General Assembly (UNGA) that the United States was “prepared to take further action” to hold Venezuela’s regime accountable, which his administration explored in discussions with Venezuelan military officials about overthrowing Maduro. In November, reports indicated the Trump administration is considering placing Venezuela on the list of state sponsors of terrorism.

It is not clear whether downgrading or ending diplomatic ties would have more than symbolic significance, with Colombia and Chile planning to maintain consulates and diplomatic missions. Even so, these moves could presage additional measures, such as international recognition of an opposition-led Venezuelan government, an oil boycott, or military action.

International organizations have also rallied against Maduro. The Lima Group has condemned him for cracking down on political opponents and failing to meet international electoral standards. Peruvian President Martín Vizcarra refused to invite him to the Summit of the Americas in Lima in April 2018 and, with other leaders, released a statement calling for free and fair elections and acceptance of humanitarian aid.

Organization of American States (OAS) Secretary-General Luis Almagro accused Venezuela of electoral manipulation in 2015 and proposed a formal review of its adherence to the Inter-American Democratic Charter in 2016. While small Caribbean countries that receive Venezuelan oil subsidies helped defeat numerous OAS measures against Caracas, the body passed a June 2018 resolution setting the stage to remove Venezuela for human rights violations and subverting democracy, though the country already initiated the two-year process of leaving in 2017.

The UN’s response has been mixed. Secretary-General António Guterres said the 2018 election would not receive UN approval, and though he “took note” of the vote without condemning it, he urged action to defend the rule of law and human rights. Outgoing U.S. Ambassador to the UN Nikki Haley pushed member states to act on Venezuela throughout her tenure, but Russia and China have been unwilling. In September, former Chilean President and new UN High Commissioner for Human Rights Michelle Bachelet cited deteriorating human rights in Venezuela in her inaugural address, and during the 2018 UNGA, the UN Human Rights Council urged Venezuela to adopt humanitarian aid in its first-ever resolution on the nation. After rejecting international assistance for years, Maduro accepted $9.2 million in aid from the UN in November.

Also during UNGA, Argentina, Canada, Chile, Colombia, Paraguay, and Peru filed the first ever state-referral case with the International Criminal Court (ICC), asking it to investigate Venezuela for crimes against humanity.

Mercosur made its December 2016 suspension of Venezuela indefinite in August 2017, and Bolsonaro has advocated for throwing the country out of the trade bloc.

Even Maduro’s fiercest supporters are wavering. In 2017, Bolivian President Evo Morales called for negotiations to peacefully resolve protests, and there are signs that there is waning enthusiasm in Beijing over ties with Caracas. While Cuba continues to send doctors to Venezuela in exchange for oil, many of these medical professionals have fled to Colombia. 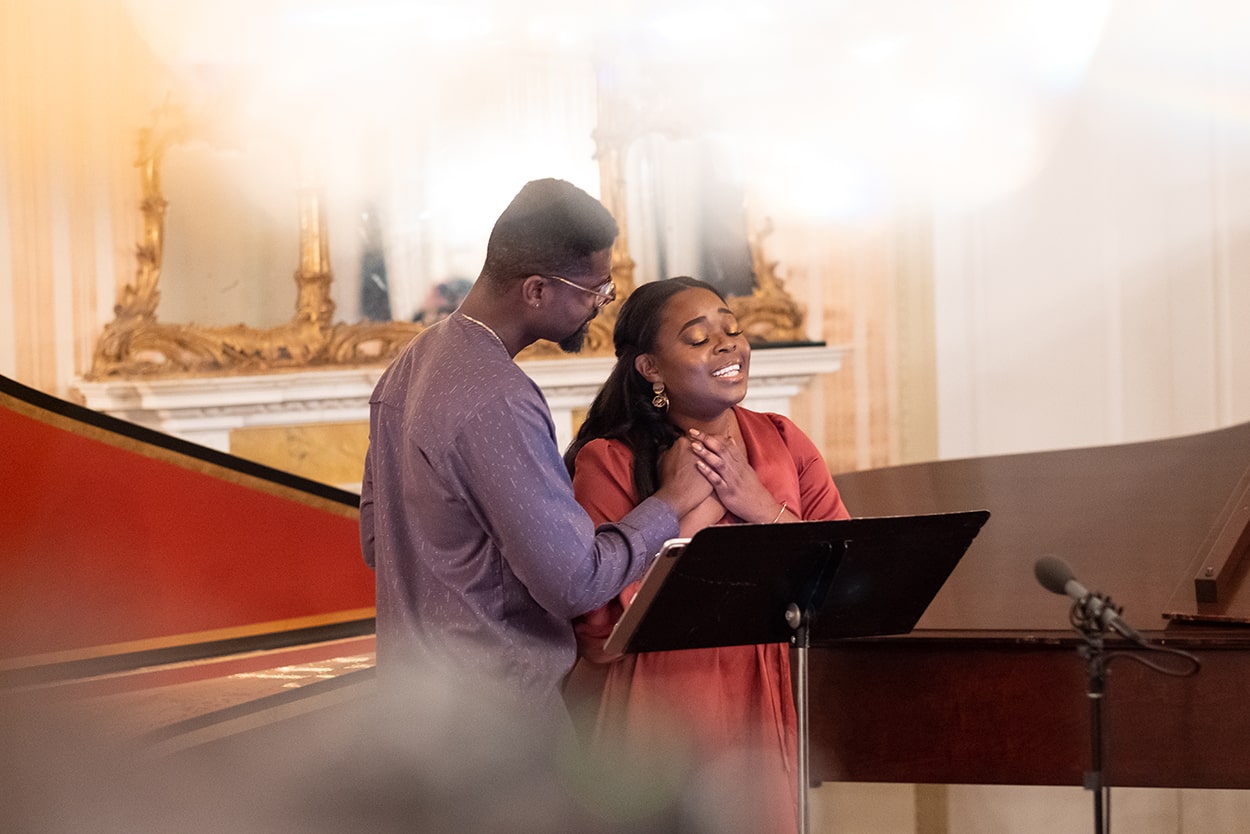