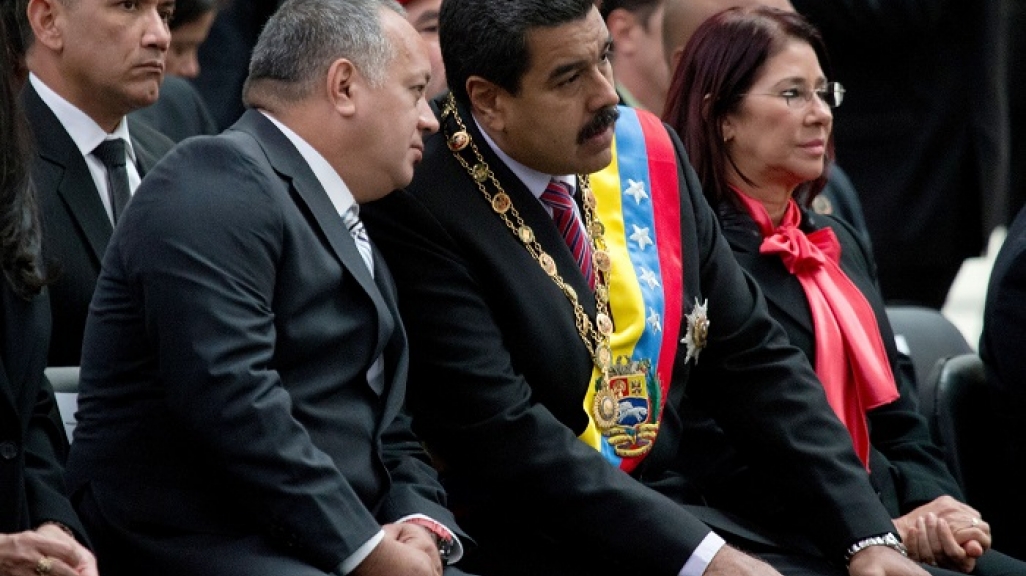 There’s an easy way and a hard way for the Venezuelan president to go—and lots of ways in between.

Nobody expected Nicolás Maduro to last this long. The former bus driver, who first took over as acting president of Venezuela on March 8, 2013, within days of Hugo Chávez's death, has improbably outlasted economic crises, internal revolts, and even a drone attack. Most opposition leaders say there’s little hope of a regular, democratic transition, given the administration’s disregard for constitutional order or rule of law.

Here, we look at all the different ways people have tried to push regime change in Venezuela, as well as the strategies still on the table.

Venezuela held four national votes in a span of 10 months in 2017 and 2018, each one less reliable than the one before. Maduro government tactics included moving polling places for hundreds of thousands of voters in opposition-held districts, harassing and imprisoning opposition candidates and their families, imposing new restrictions on opposition parties, fraudulently inflating vote totals, threatening state workers’ jobs if they voted for the opposition, and holding hungry families’ monthly food bundles ransom for votes. One politician ran against the president in May’s presidential election, but with most of the opposition boycotting the rigged vote, Maduro won by more than 30 points and with turnout nearly halved.

The chavista-packed National Electoral Council indefinitely suspended an opposition-led recall referendum against Maduro in October 2016. The Council issued the suspension off an injunction filed by four ruling-party governors who alleged fraud, albeit without presenting any evidence. Recall organizers had gathered close to 2 million signatures—roughly 10 times the amount needed.

An effort at dialogue between the government and the Democratic Unity Roundtable (MUD) opposition coalition, brokered by the Catholic Church, fell apart in 2016. At this point in 2018, most see talks as only benefitting the Maduro regime by stalling any real transition.

Just about every senior Maduro official is sanctioned individually, either by the United States or the European Union. But the sanctions pulled those targeted closer together, making defections less likely. One of the harshest measures—broad sector sanctions on Venezuelan oil imports—could still come, although many say those will hurt already-beleaguered Venezuelans and not Maduro himself.

Two drones carrying one kilo each of C-4 explosives exploded near Maduro as he gave an outdoor speech at a military parade on August 5 in what appears a failed assassination attempt. Maduro, the first lady, and other top brass near the podium were unhurt in the incident.

Days before the May 20 presidential vote, Venezuelan intelligence officials thwarted what is believed to be the most serious plot to overthrow Maduro, involving dozens of officers from all four military branches. Nine officers, including the commander of the largest battalion in Caracas, were arrested.

Things that could still happen

What makes this likely: Discontent among the ranks is reaching breaking points, by many accounts. While officers are generally buffered from the horrors of the ongoing economic and social crises, the lower ranks are suffering along with the rest of the population from increasingly worthless wages coupled with a lack of food and basic services. Desertions and arrests of military personnel are frequent occurrences. The military has intervened in politics at multiple points in the past, with varying results.

What makes this unlikely: The Maduro government has been on an aggressive campaign to quell mutineers, arresting more than 100 members of the military in 2017. Logistically, Venezuela’s armed forces are “uniquely ill-suited” to stage an intervention, per Northwestern’s Daniel Lansberg-Rodríguez. The Army leadership is too dispersed and hemorrhaging personnel, the Navy is limited logistically, the National Guard has been coddled with impunity, and the Air Force is involved in drug trafficking.

What makes this likely: Maduro’s government grows more isolated internationally by the day as it sheds allies. In May, an expert panel organized by the Organization of American States (OAS) concluded Maduro and his government are responsible for crimes against humanity, opening him up to the possibility of investigation and prosecution by the International Criminal Court (ICC). In July, more than 50 countries (not including the United States, China, or Russia) issued a statement via the UN’s Human Rights Council on the deteriorating human rights situation in Venezuela. The UN Secretary-General has tapped a Latin American, former Chilean President Michelle Bachelet, to be the new human rights chief.

What makes this unlikely: OAS Secretary-General Luis Almagro’s tireless efforts aside, the OAS has not been able to pass a binding measure on Venezuela, thanks in large part to the dissenting votes of small Caribbean countries whose economies are subsidized by preferential Venezuelan oil deals. In April 2017, Caracas signaled its intent to withdraw from the OAS—a process that takes two years to complete. It could also withdraw from the ICC. While there was some momentum in 2017 to put pressure on Caracas via the Lima Group, which convened the region’s heads of state and foreign ministers, that’s since stalled after the Peruvian president who’d spearheaded the group resigned in March. Mexico’s incoming administration has further signaled that it’ll be stepping back from regional affairs. Although the UN Security Council did hold its first ever meeting on the Venezuelan crisis in 2017, Chinese and Russian vetoes will make it difficult to pass any measure critical of Caracas in that forum.

What makes this likely: The Venezuelan migrant crisis will be a defining issue for Latin American relations in 2019, according to analysts, who say as much as 10 percent of Venezuela’s population of 32 million lives abroad now. As many as half of them are newly made refugees in the last couple of years. A new conservative administration in neighboring Colombia and a far-right former military officer leading polls in Brazil might be more inclined to military force than their predecessors. U.S. President Donald Trump has suggested military intervention, and in May, UN Ambassador Nikki Haley said the migrant crisis puts the security of the region at risk. With all domestic options seemingly extinguished, some Venezuelan expats like Ricardo Hausmann see foreign intervention as one of the last possibilities.

What makes this unlikely: The occasional border dustup aside, a South American country invading another one is almost unprecedented, and the last regional conflict was decades ago. Few back U.S. intervention, which historically has only bolstered Chávez and now Maduro’s charge against North American imperialism.

What makes this likely: Venezuela owes investors all over the world an estimated $120 billion to $140 billion in total, and those bills are coming due as oil production and savings plummet. To boot, Maduro doesn’t have the charisma Chávez did to be able to hold on for decades and become a South American version of Zimbabwe’s Robert Mugabe.

What happens if/when he leaves office?

The short answer? Nobody knows now. Maduro rushed his inauguration by eight months, beginning his second term on May 24 instead of January 10, 2019—the date prescribed by the 1999 Constitution. But those rules are all now moot for all intents and purposes, as the Maduro government considers the 1999 Constitution essentially suspended while the chavista-packed Constituent Assembly drafts a new one. So questions such as what day his second term actually starts (and therefore ends) or how succession happens, are all up in the air until the Assembly—decried as an illegal body by much of the international community—comes out with its new Magna Carta.