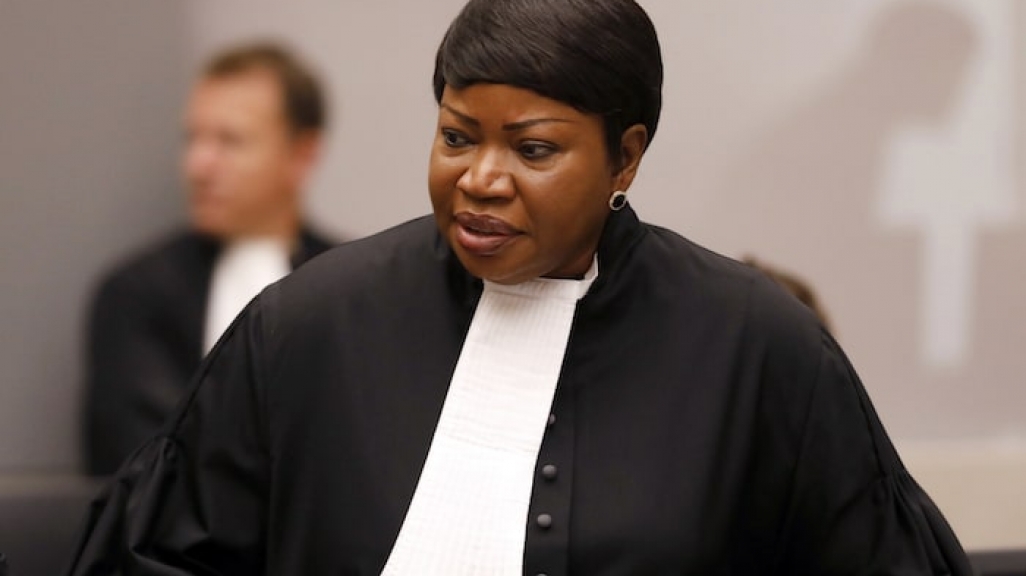 Explainer: The Case against Venezuela in the ICC

The September case filed by Argentina, Canada, Chile, Colombia, Paraguay, and Peru represents the first time countries have referred another nation to the International Criminal Court.

During the 73rd UN General Assembly in late September, the international community took a pair of concrete steps to address human rights violations in Venezuela. On September 26, Argentina, Canada, Chile, Colombia, Paraguay, and Peru filed a joint claim with the International Criminal Court (ICC) in the Hague, asking it to investigate Venezuela for suspected crimes against humanity. The following day, the UN Human Rights Council adopted a resolution on Venezuela for the first time, expressing concern over “serious human rights violations” and calling on the government of Nicolás Maduro to accept international aid, which it has until now denied.

The crisis in Venezuela has become increasingly urgent for the region, as more than 2.3 million Venezuelans have left the country in the last five years. Colombian President Iván Duque said on September 28 that his country is spending an estimated $1.5 billion annually to host the migrants, who currently total close to 1 million within its borders.

The Office of the Prosecutor (OTP) already opened a preliminary examination into alleged crimes against humanity committed in Venezuela in February of this year. But the September move is the first time a case has been sent to ICC Prosecutor Fatou Bensouda by the so-called “state referral,” in which one or more countries are asking the court to investigate crimes committed wholly within another country’s borders. It’s also the first time a case has been referred by heads of state, as opposed to human rights organizations. Without the state referral, Bensouda would have needed a panel to approve her moving to a full investigation, but with the referral in hand, her office can now make that determination on its own. The September state referral expands the timeframe for the crimes to go back to February 2014; the prosecutor originally was only looking into those allegedly committed since April 2017.

This is the second time a chavista regime has come under scrutiny of the court. The OTP previously opened a preliminary examination of Venezuela for crimes against humanity committed during the presidency of Hugo Chávez. But because the alleged crimes were committed during the attempted coup of April 2002—three months before the Rome Statute that established the ICC went into effect—the OTP determined it didn’t have jurisdiction and closed the case.

Four people have been found guilty by the ICC in its 16-year history, two for crimes against humanity. The court has 20 open cases as of October 2018, nine of which are on hold as the defendants remain at large. Venezuela is one of nine cases under preliminary examination, though, according to Colombian human rights official Juan Navarrete, it’s not the state that would be charged, but individuals throughout the chain of command found responsible.

What are the charges?

The states’ referral letter asks the prosecutor to investigate whether “one or more persons” are responsible for crimes against humanity in February 2014 protests that saw the conviction and imprisonment of opposition leader Leopoldo López, and more recently in 2017 when, over the course of four months, security and armed pro-government civilian gangs known as colectivos killed dozens of protestors and injured and imprisoned thousands more, according to local and international watchdog groups.

Crimes against humanity are one of four charges the court can investigate under the Rome Statute, which governs the ICC. There are 15 forms of crimes against humanity, including murder, rape, imprisonment, forced disappearances, torture, and political persecution. While the referral letter does not name Maduro individually, the letter does cite specific security policies—namely the infamous Plan Zamora, Venezuela’s version of martial law that invited the armed forces and colectivos to quell civilian protests and opened up citizens to prosecution by military tribunals—implemented by his administration.

What will it take to make a case?

The state referral cites four sources of evidence, including testimony by former Venezuelan Attorney General Luisa Ortega and three reports on the human rights situation in Venezuela by inter-governmental agencies: the Inter-American Commission on Human Rights (IACHR) in December 2017, the Organization of American States (OAS) in May 2018, and the UN Office of the High Commissioner for Human Rights in June 2018.

The OAS report, clocking in at nearly 500 pages, is arguably the most substantial, says AS/COA Venezuela Working Group Head Guillermo Zubillaga, who cites the detailed testimony from witnesses and victims, as well as the reputation of one of the authoring experts in particular—former IACHR Executive Secretary Santiago Cantón. Along with instances of torture, rape, imprisonment, and other forms of persecution, the report counts at least 6,385 murders and extrajudicial killings and takes a couple dozen pages to document 25 known civilian killings in the 2014 unrest and another 106 in 2017, ranging in age from a 13-year-old student to a 60-year-old nurse.

Beyond evaluating the evidence, the prosecutor must also establish whether the case is admissible and if the court has jurisdiction. Since countries have primary responsibility over crimes committed within their own borders, one of the key issues she’ll have to establish in her preliminary examination in order to move the case forward is that the Venezuelan government has refused or failed to investigate and prosecute abuses against its citizens. Former Canadian Justice Minister Irwin Cotler, another member of the OAS expert team, said that they found multiple instances where the Venezuelan judiciary not only failed to prosecute, but acted with political motivations in committing the injustices.

What could derail the process?

Attorney and academic Alexander Rosemberg, writing for Caracas Chronicles, highlights the international law convention that a sitting head of state cannot be prosecuted, which would encourage an increasingly isolated Maduro to tighten his grip even more on power and barricade himself in Miraflores amid rising threats. The day before the state referral letter, the United States put four high-ranking chavistas in the president’s innermost circle on its list of sanctioned individuals, including First Lady and former legislator Cilia Flores.

Another factor is time. ICC cases can take years or decades to be processed, and preliminary examinations do not always move to full investigations. Part of that is deliberate—the court is supposed to be “the court of last resort” and wants to ensure countries have every opportunity to deal with matters on their own. But, Human Rights Watch (HRW) noted, “A pattern of raised expectations followed by failure to act can also dilute the impact of announced OTP preliminary investigations.”

One of the biggest legal question marks, however, is whether the ICC will retain jurisdiction over Venezuela because of the state referral, even in the event Caracas decides to withdraw its membership. According to legal experts at HRW, the court will still have jurisdiction over crimes committed while Venezuela was party to the Rome Statute. Even if Venezuela withdraws, that process takes a year to go into effect, and the prosecution could include crimes through that year as well. If Venezuela does withdraw, the ICC could still hear future cases referred to it by the UN Security Council.

Right now, it’s up to the prosecutor to conduct her preliminary examination and decide if there’s enough standing and evidence to move to a full investigation. There’s no established timeframe for the preliminary examination. If Bensouda does decide to move to a full investigation, once she’s gathered evidence and identified a suspect, she can ask that ICC judges issue either an arrest warrant or a summons to appear to the defendant or defendants. After that, there are pretrial proceedings, then the trial itself at the court in The Hague, an appeals stage, and the enforcement of the sentence, which can include reparations. 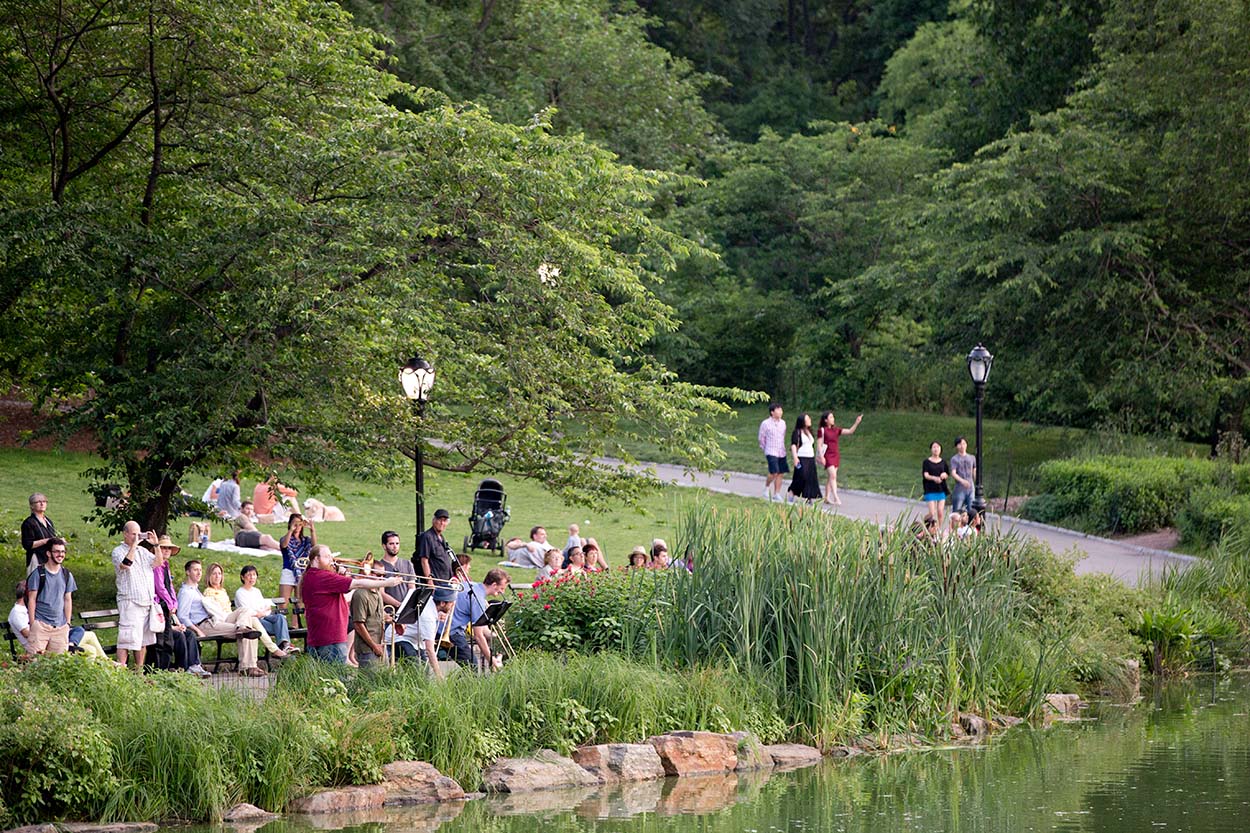 Music of the Americas: A Week of Recuerdos

Recuerdos takes us back to the 2012 concerts of Edmar Castañeda and the outdoor celebration of R. Murray Schafer in 2013.