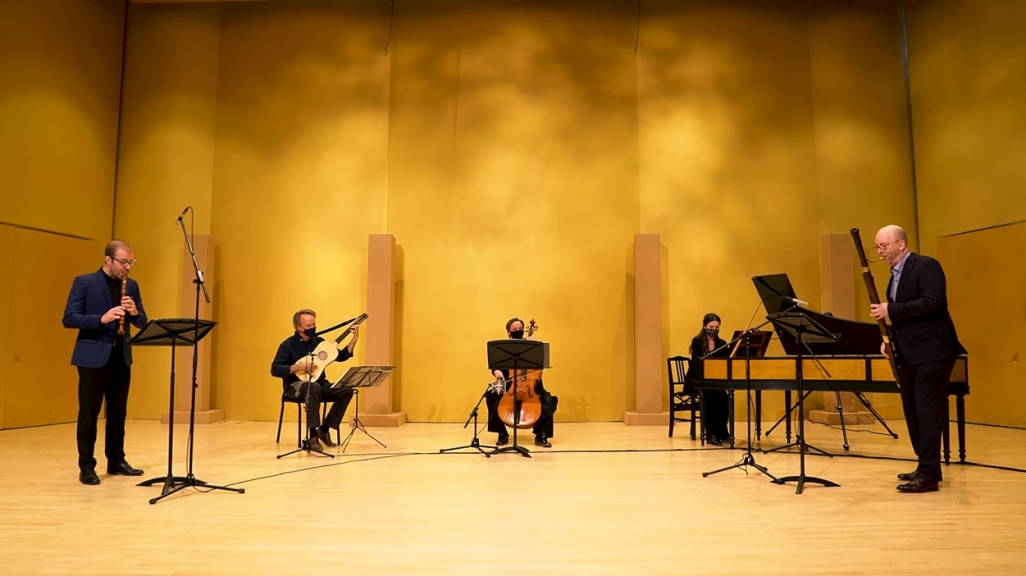 Music of the Americas: Piano and Early Music

The first Music of the Americas concert of 2021 by Vincent Lauzer, three new En Casa videos featuring the piano, and a new Recuerdo of Antonio Meneses's 2006 Bach concert.

En Casa (At Home) is back with three piano performances by Clélia Iruzun and Adrián Iaies, who were in our series in recent weeks, and one by young Venezuelan pianist Kristhyan Benítez.

Révélation Radio-Canada 2013–2014 and Breakthrough Artist of the Year (2012 Opus Awards), recorder player Vincent Lauzer graduated from McGill University, where he studied with Matthias Maute. He is the artistic director of the Lamèque International Baroque Music Festival in New Brunswick.

In his Music of the Americas debut concert including music by Vivaldi and some of his French contemporaries, Lauzer is joined by Mathieu Lussier, Amanda Keesmaat, Mélisande McNabney, and Sylvain Bergeron.

London-based pianist Clélia Iruzun grew up in Rio de Janeiro, where she began playing the piano at the age of four. At 17, Iruzun won a scholarship to study in London with Maria Curcio and Christopher Elton at the Royal Academy of Music, where she graduated with a recital diploma. She also studied with Noretta Conci and Mercês de Silva Telles. Iruzun has given recitals and concerto performances throughout Europe, the Americas, and Asia. She has premiered several Brazilian works, including Henrique Oswald's Piano Quintet, Villa-Lobos's Octet, João Guilherme Ripper's Piano Sonata, Marlos Nobre's Desafio for piano and guitar and "Sonata breve" at Southbank and Wigmore Hall, and piano concertos such as Mignone’s "Fantasia No.3."

In Brazil, she has premiered works by British composers such as York Bowen and Arnold Bax, and recently appeared at the Festival de Inverno Campos do Jordão. Iruzun has recorded music by South American composers, including Villa-Lobos Piano Music (1992), Latin American Dances (1998, Intim Musik), and Brazilian Mosaic, which included the world premiere recording of Nobre’s Concertante do Imaginário (2003, Lorelt), The Music of Lecuona (2005, Lorelt), among others. Iruzun is the founder, with with the Coull Quartet, of the festival "Brazil Three Centuries of Music."

From home in London, she sent us "Cantilena," from Marlos Nobre's Ciclo nordestino.

In addition to three Grammy nominations, Argentine pianist and composer Adrián Iaies has received multiple prizes in Argentina and abroad for his albums and activity as pianist. Recently, Iaies has released the three-CD album UnoDosTres/Solo y bien acompañado, Vals de la 81st & Columbus with bandoneonist Michael Zisman, and Esa Sonrisa es una santo remedio with his Trio. Iaies was in our series in 2007 with Tango Reflections Trio, which features a virtuosic and jazzy approach to the music of Buenos Aires.

Iaies collaborates regularly with artists from a variety of genres, including Liliana Herrero, Raul Barboza and Roxana Amed in Argentina, and worldwide with Brad Mehldau, Ron Carter, Stanley Jordan, Bebo Valdes, Yellowjackets, Lee Konitz, Richard Bona, Dino Saluzzi, Kenny Werner, Toots Thielemans, and Pedro Aznar, among others. Iaies has written music for film and has been teaching privately and in workshops since 1965, and studied composition and orchestration with Manolo Juárez. Also a cultural producer, Iaies founded the label SJAZZ, which specializes in Argentine jazz, and is currently artistic director of the Festival Internacional de Jazz de Buenos Aires and director of La Usina del Arte, a performing arts center in Buenos Aires.

Grammy-nominated Brazilian cellist Antonio Meneses was born in Recife in 1957 into a family of musicians. He picked up his instrument at 10, and worked with famous Italian cellist Antonio Janigro in Germany as a teenager. He has received numerous international prizes, including the 1977 ARD International Competition and the 1982 Tchaikovsky Competition in Moscow. His concerts with leading orchestras and conductors have taken him to the most important concert halls across the world. Meneses was a member of the legendary Beaux Arts Trio between 1998 and 2008, has collaborated with the Vermeer Quartet, and gives chamber music concerts and duo recitals with pianists such as Menahem Pressler and Maria João Pires. He has made recordings for Deutsche Grammophon with Herbert von Karajan and the Berlin Philharmonic Orchestra, the complete works for cello by Villa-Lobos on Auvidis France and Bis, and Bach's six cello suites for AVIE Records, among many other projects. When he visited us in 2006, Meneses had just released his beautiful Bach set, and his Music of the Americas concert featured three of the suites, each preceded by a piece he had commissioned from a Brazilian composer to be presented alongside Bach's work.

Bach composed the six Cello Suites BWV 1007-1012 during his tenure as Kapellmeister in the court of Prince Leopold at Cöthen, a position he held from 1717 to 1723. Music for solo cello had very few precedents at the time and no new unaccompanied pieces were written for the instrument until the 20th century, so these Suites stand as a monumental landmark in the string repertoire. Indeed, future generations seem to have had problems coming to terms with the works, as we can see from Robert Schumann’s project of completing them with piano parts in the 1830s. The Cöthen years were especially fruitful in terms of instrumental music and, during this time, Bach composed some of his most important works for a variety of instruments, including the Brandenburg Concertos, the Well-tempered Clavier and the Inventions. Although there are diverging opinions on the cohesion of the set, the main manuscript source for the pieces, in the hand of Bach’s second wife, Anna Magdalena, is titled 6 Suites a Violoncello Solo senza Basso, composées par Sr J. S. Bach, Maitre de Chapelle, indicating that they were accepted as a whole during the composer’s lifetime. It is also possible that the six Suites constitute the second installment in a series that includes the six Partitas and Sonatas for solo violin and the Partita for solo flute (which, one might speculate, is one piece of a new set of six). The six Suites use the standard succession of stylized dances typical of a piece of that title in the early seventeenth century, with variations in the double-dances that occupy the fifth slot. This formal similarity makes each Suite’s particular character and technical personality all the more noticeable, as if Bach, in a not unusual fashion, had been interested in exploring all the possible solutions of a given compositional problem.

Benítez first recording was the Beethoven Piano Concerto No. 2 with the Berlin Symphoniker under Eduardo Marturet. He released his second album, Miniatures in 2016, receiving the bronze medal at the Global Music Awards. He is now recording for the Steinway & Sons label, with a number of works available on Spirio. 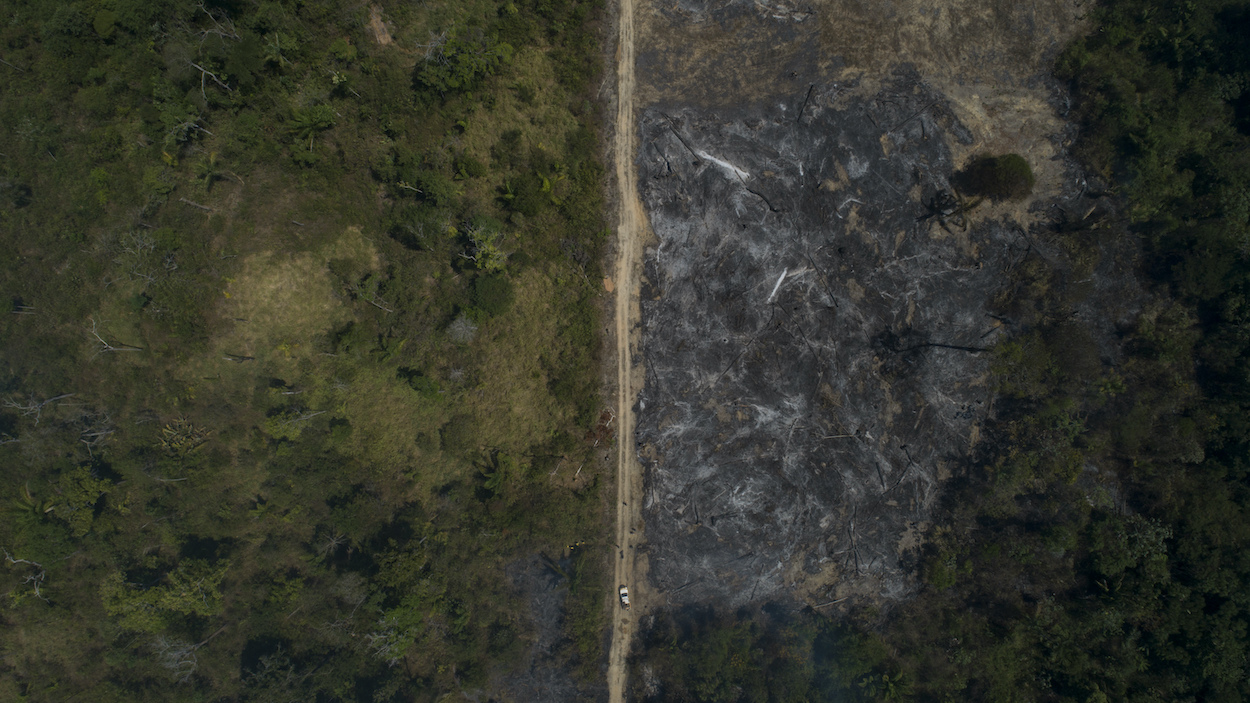