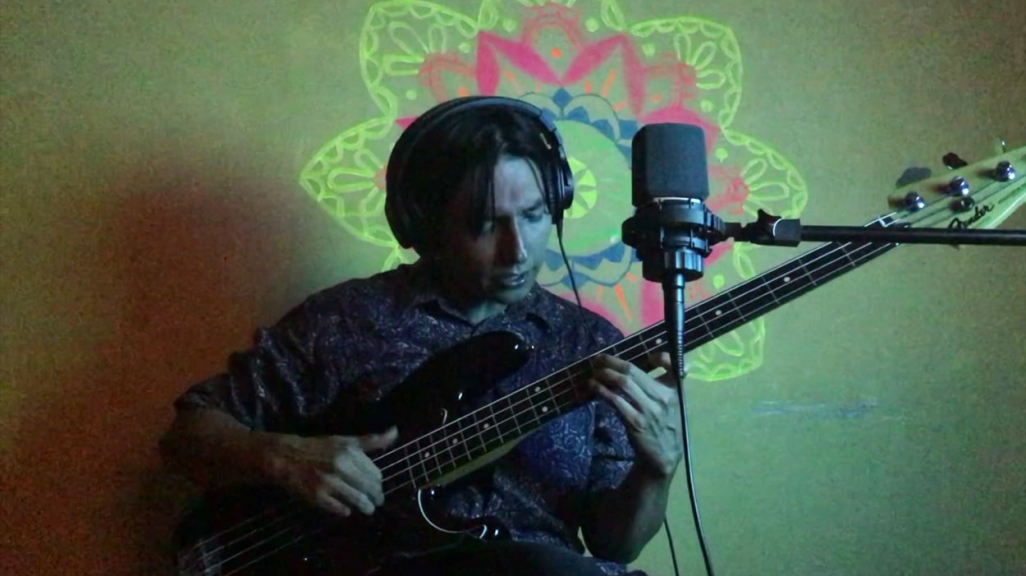 This week of En Casa (At Home) we go south, by featuring Brazilian pianist Bianca Gismonti and her trio, Chilean singer/songwriter Adolfo Jorquera, and a piano solo by Argentine pianist Adrián Iaies.

Recuerdos (Memories) is back with a video from Brazilian cellist Antonio Meneses' Bach concert in 2006.

Brazilian pianist Bianca Gismonti was born in a family of musicians (both her father Egberto and her brother Alexandre have been on our series) and started her own career at age 15. Her first CD, Sonhos de Nascimento, was released in 2013 with the participation of renowned Brazilian musicians including percussionist Nana Vasconcelos. She established her trio a few years later and, since 2005 has performed in Gisbranco, a duo with fellow pianist Claudia Castelo Branco, with whom she’s toured the world and released several albums and DVDs. The Trio's first album, released in 2015, features guest appearances by Jane Duboc, Paula Santoro, José Staneck, Jessé Sadoc, and Djakali Kone. Gismonti has toured Europe, Asia, and South America. In 2017, celebrating her father’s 70th birthday, Gismonti recorded many of his most popular compositions. This show captivated audiences worldwide between 2018 and 2020, and will be released in CD this year.

Gismonti and her trio collaborators Julio Falavigna and Frank Colón sent a distantly recorded version of Gilberto Gil's 1969 nostalgic and hopeful samba "Aquele abraço," composed in the depths of the author's struggles during his country's dictatorship.

From home in La Florida in Santiago de Chile, Jorquera sent us a version of his song "Recordatorio," which he wrote as a reflection on the current situation of education in his country.

Grammy-nominated Brazilian cellist Antonio Meneses was born in Recife in 1957 into a family of musicians. He picked up his instrument at 10, and worked with famous Italian cellist Antonio Janigro in Germany as a teenager. He has received numerous international prizes, including the 1977 ARD International Competition and the 1982 Tchaikovsky Competition in Moscow. His concerts with leading orchestras and conductors have taken him to the most important concert halls across the world. Meneses was a member of the legendary Beaux Arts Trio between 1998 and 2008, has collaborated with the Vermeer Quartet, and gives chamber music concerts and duo recitals with pianists such as Menahem Pressler and Maria João Pires. He has made recordings for Deutsche Grammophon with Herbert von Karajan and the Berlin Philharmonic Orchestra, the complete works for cello by Villa-Lobos on Auvidis France and Bis, and Bach's six cello suites for AVIE Records, among many other projects.

When he visited us in 2006, Meneses had just released his beautiful Bach set, and his Music of the Americas concert featured three of the suites, each preceded by a piece he had commissioned from a Brazilian composer to be presented alongside Bach's work. Today we share one of the commissioned pieces, "Praeambulum," by Almeida Prado, followed by the first movement of the Suite, "Praeludium." We will share more movements from this concert over the coming weeks.

In addition to three Grammy nominations, Argentine pianist and composer Adrián Iaies has received multiple prizes in Argentina and abroad for his albums and activity as pianist. Recently, Iaies has released the three-CD album UnoDosTres/Solo y bien acompañado, Vals de la 81st & Columbus with bandoneonist Michael Zisman, and Esa Sonrisa es una santo remedio with his Trio. Iaies was in our series in 2007 with Tango Reflections Trio, which features a virtuosic and jazzy approach to the music of Buenos Aires. The trio has played in the United States, Europe, and Argentina, and released the Grammy-nominated Astor Changes in 2005. Iaies collaborates regularly with artists from a variety of genres, including Liliana Herrero, Raul Barboza and Roxana Amed in Argentina, and worldwide with Brad Mehldau, Ron Carter, Stanley Jordan, Bebo Valdes, Yellowjackets, Lee Konitz, Richard Bona, Dino Saluzzi, Kenny Werner, Toots Thielemans, and Pedro Aznar, among others. Iaies has written music for film and has been teaching privately and in workshops since 1965, and studied composition and orchestration with Manolo Juárez. Also a cultural producer, Iaies founded the label SJAZZ, which specializes in Argentine jazz, and is currently artistic director of the Festival Internacional de Jazz de Buenos Aires and director of La Usina del Arte, a performing arts center in Buenos Aires.

He sent us a solo piano version of Luis Alberto Spinetta's 1969 classic "Laura va," a song that the late author (one of Argentina's biggest rockstars) modeled on the Beatles' "She's Leaving Home." It is the first Argentine rock track to include the tango sound of the bandoneon.
Iaies writes about his choice for the week: "I think Spinetta is like an Argentine Billy Strayhorn, a one-of-a-kind artist, with a very rich and original harmonic mind. Spinetta wrote this beautiful tune showing incredible maturity as a songwriter when he was just 18 years old. I use to include this piece in the repertoire of my solo piano concerts with the same approach that I use to play jazz standards. The original version of 'Laura va' was included in the first album of the iconic pop group Almendra in the late 1960s."