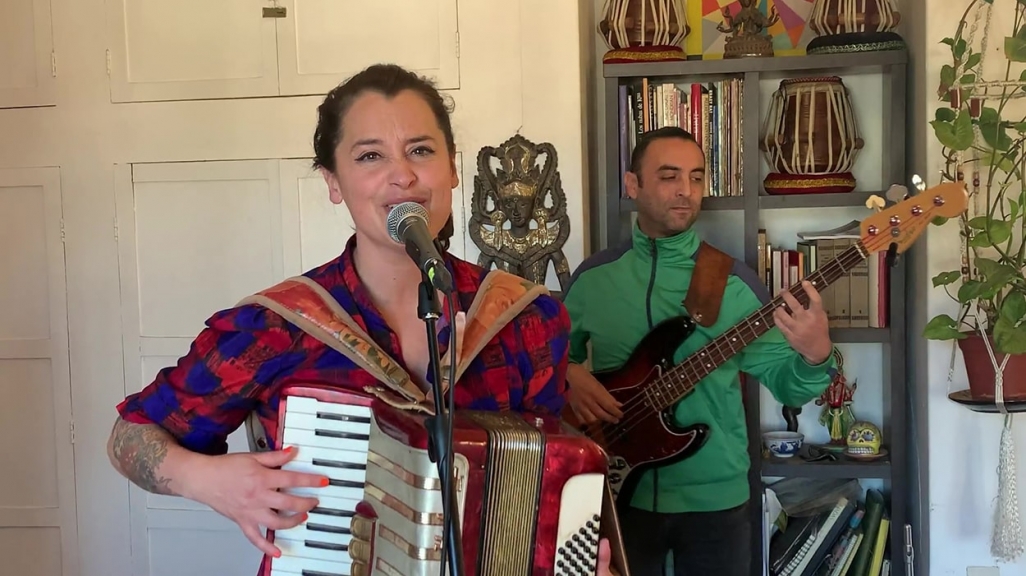 Music of the Americas: Guitars and More

This week features guitar music from Argentina, Colombia, and Costa Rica, in addition to a song by Pascuala Ilabaca.

This week, we bring you the virtual debut of the Fabián Forero Trío with a program dedicated to the music of Gentil Montaña, while En Casa features guitar music by Martín Neri, as well as new videos from Éditus and Pascuala Ilabaca. Recuerdos will be back next week.

Pascuala Ilabaca y Fauna are back with "Isla," another original song recorded in Valparaíso.

Grammy winner composer and guitarist Edín Solís founded Éditus with Ricardo Ramírez in 1991. The group has toured the world and received countless awards.

Born in Rosario, Martín Neri was the guitarist for the legendary Dúo Salteño for five years, touring internationally with the group. In 2015, Neri, who is also a composer, released Matriz del agua, a concept album including ten songs that work as scenes of a play. The album was the result of his close work with a local fishing family. Current and upcoming projects include Manada, created with poet Leopoldo "Teuco" Castilla; Proyecto Sur, with arranger Carlos Villavicencio; and De un mismo barro with poet Ramiro González.

He writes about "Despierta":

"This is one of the songs/scenes that make up Matriz del agua. It comes from an image by Argentine poet Oliverio Girondo, who declared that there is no deeper tenderness than caressing a sleeping loved one. It is a guarania—a type of music from the northeast of the country that originates in Paraguay."