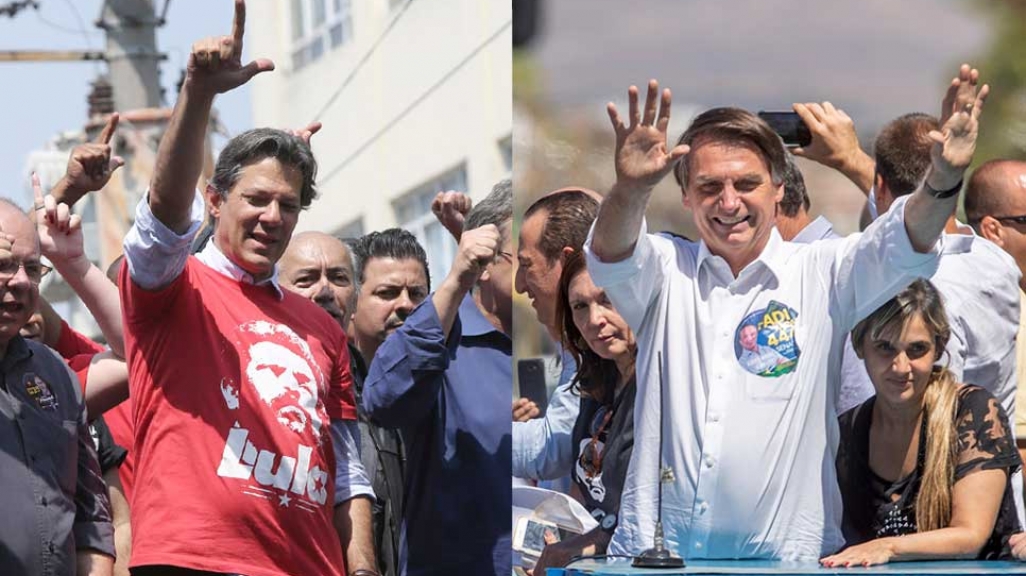 LatAm in Focus: Who Will Win Brazil's Nostalgia Vote?

Five years ago, it would have been hard to imagine. But the fact that Jair Bolsonoro has emerged from the fringes of Brazilian politics to become a presidential frontrunner isn’t necessarily a surprise, given that the country is reeling from a deep recession, a plague of violent crime, and a wave of corruption scandals.

In this podcast episode, AS/COA Online's Elizabeth Gonzalez talks with two in-house Brazil experts, Americas Quarterly Editor-in-Chief and AS/COA Vice President Brian Winter and new AS/COA Senior Director of Policy Roberto Simon, on what’s at stake ahead of the October 7 first-round vote. At the heart of the polarized election are “competing visions for which year was better for Brazil—2004 or 1984,” says Winter. While Workers’ Party candidate Fernando Haddad is the nostalgia candidate for the era of the commodities boom experienced under now-jailed former President Luiz Inacio Lula Da Silva, ex-military captain Bolsonaro stokes memories of the military dictatorship—a period his supporters look back on with some fondness for being characterized by lower levels of crime.

In Brazil, home to 14 percent of global murders, violence is on voters’ minds. “It’s the first presidential election where crime is a major topic,” says Simon, but noted the economy is as well. “Without pension reform, Brazil will go down the drain, for sure.” Rejection rates will also play an important role, as will social media, which has been more influential than the television time allocated to each candidate, note Simon and Winter, who debated the candidates’ advantages and disadvantages.

But while all eyes are on the presidential race, the experts agree that the 513 seats in the Chamber of Deputies and the 54 in the Senate up for grabs, are cause for worry. “The unbelievable thing about this election is that even after the Car Wash scandal, even after the massive rejection of the entire political class, you have more incumbents in Congress up for reelection than in any recent election cycle,” says Winter. The pressure to win is particularly high for legislators who could face corruption charges without the special protection they get from prosecution if they hold the government post.

The theme music in this podcast was performed at Americas Society in New York. Learn more about upcoming concerts at musicoftheamericas.org.