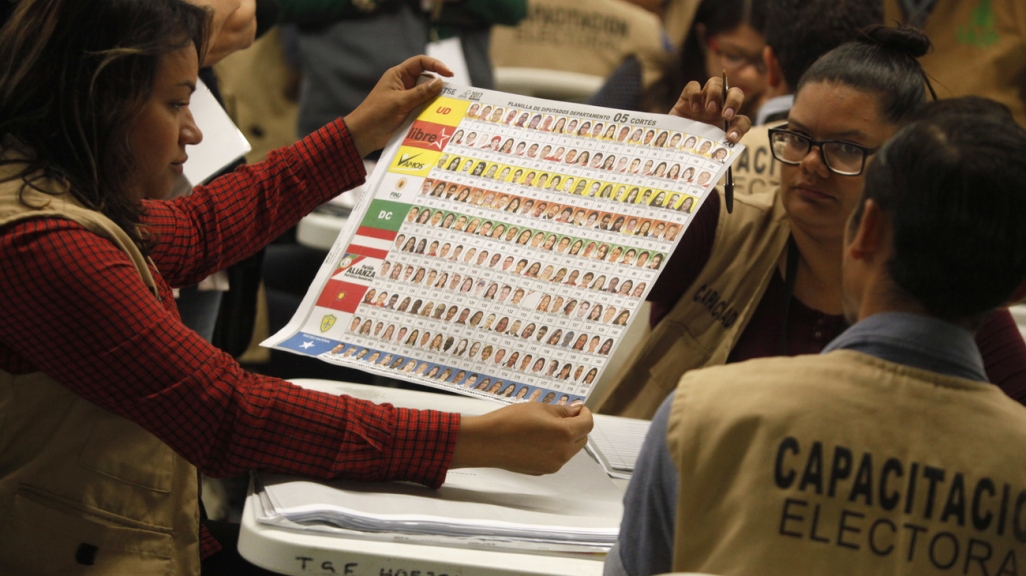 Rounding out a month of Latin American elections, Hondurans will head to the polls on November 28 to pick a new president, legislators, and scores of local officials. The National Party, which has been in power for the past 12 years, will attempt to extend its control with candidate Nasry “Tito” Asfura, the mayor of Tegucigalpa. However, Xiomara Castro, a former first lady and the nominee of the opposition LIBRE party, is polling in first place. Liberal Party candidate Yani Rosenthal, a businessman from a famed family, rounds out the top tier of candidates.

With a history of challenging elections, Honduras’ Sunday contest will be a major test for the integrity of democracy in a country still reeling from the pandemic and two 2020 hurricanes.

AS/COA Online covers 10 things you need to know before the polls open.

Ahead of the November 28 vote, AS/COA Online monitors the competition between Nasry Asfura, Xiomara Castro, and Yani Rosenthal.

1. It’s a winner-takes-all election on November 28.

Plurality rules in Honduras, meaning there will be no runoff to decide the presidential victor. Whoever gets the most votes on Sunday—whether Asfura, Castro, Rosenthal, or one of the 11 other official presidential candidates—will win a four-year term.

2. There are 5.2 million registered voters. Expat voting is allowed but limited.

Voting is not mandatory, and general election turnout averages 56 percent. Honduras’ 2 million-strong diaspora can vote from abroad, but there are only about 20 voting centers outside the country, and bureaucratic hurdles mean only 15,000 Hondurans living abroad have registered.

3. The 2009 coup still casts a long shadow over the election.

Especially as Castro is the wife of Manuel Zelaya, who was ousted from office and forced into exile after critics said he was taking steps to reform the Constitution to seek reelection.

The National Party has won every election since then and, ironically, a 2015 Supreme Court decision allowed President Juan Orlando Hernández to seek office again during the last election in 2017.

4. The turbulent 2017 elections hang over this race as well.

Honduras’ last presidential vote, held in 2017, was marked by claims of fraud. Early results indicated that popular sportscaster and opposition figure Salvador Nasralla would win, but after a delayed count, the Supreme Electoral Tribunal announced that incumbent Hernández was victorious, prompting widespread protests. The Organization of American States (OAS) reported widespread irregularities and called for new elections, however, no new vote was held.

This year, the OAS is sending 80 electoral observers, and Honduras’ electoral agency estimates some 7,400 electoral monitors in total will be operating throughout the country. In May, in what appears to be response to international pressure, Honduras passed electoral reforms. Nevertheless, nearly 47 percent of Hondurans believe fraud will take place in in the election.

5. The National Party candidate is looking to extend power with the popular but potentially corrupt Asfura.

Asfura, mayor of Tegucigalpa since 2014, has overseen a steady stream of infrastructure projects. In this race, his campaign branded him “Papi a la Orden” to suggest that he’ll bring down crime and violence.

But Asfura was implicated in the Pandora Papers for using offshore tax loopholes and also named in an embezzlement case that involved diverting more than $1 million in city funds.

The National Party has maintained control for the past dozen years despite both leaders who have held the presidency being involved in major scandals. Porfirio “Pepe” Lobo Sosa, who won the first election held after the coup, is banned from entering the United States over his family’s involvement in bribery and drug trafficking. Hernández, who’s governed since 2014, was named as a co-conspirator in U.S. courts for his involvement in a major narcotrafficking case that saw his brother, a former legislator, put away for a life.

Asfura is not the only candidate with a corruption problem: business tycoon Rosenthal, polling around 3 percent, just finished a three-year prison sentence in the United States for money laundering.

LatAm in Focus: Democratic Tests in Honduras and Nicaragua

6. The opposition appears to have consolidated around Xiomara Castro.

In October, Nasralla, who had launched a third presidential campaign, dropped out to endorse Castro in the hopes of unifying the opposition. Other opposition parties and candidates followed his lead.

He was polling around 14 percent, and a CESPAD survey from late last month shows that support shifting largely to Castro, who previously ran for president in 2013 and was Nasralla’s running mate 2017. A leftist, she has proposed rewriting the Constitution and installing an anti-corruption commission.

Compared to other candidates, she is not embroiled in a major corruption case, but her husband was accused of taking bribes when in office.

Only 30 percent of Hondurans agree with the statement, “Democracy is preferable to all other forms of government,” marking the lowest level in all of Latin America, per Latinobarómetro’s 2021 report. That’s down from 53 percent in 2009, when the country suffered a coup. Moreover, 8 out of 10 Hondurans think their country is on the wrong path.

Hondurans will also elect all 128 members of the unicameral National Congress, 298 mayors, 2,142 city council members, and 20 members of the Central American Parliament. For local positions, clientelist practices could be common.

The presidential winner will likely have to work on coalition building. Coalitions with smaller parties will likely determine who will control the legislature.

Honduras’ GDP contracted by 9 percent in 2020, with nearly a third of the population facing severe hunger in early 2021. Voters consider unemployment (70 percent) and poverty (50 percent) as two of the country’s top issues, according to CESPAD.

Corruption (55 percent) is another one. Covid-19 (32 percent) also ranks as a top concern, with only 36 percent of the population fully vaccinated.

These general elections will be important to the Biden administration, which has repeatedly discussed the need to address the “root causes of migration” in Central America and committed $4 billion to that end. In a sign of the vote's importance to Washington, U.S. Assistant Secretary of State for the Western Hemisphere Brian Nichols traveled to Honduras on November 21 to meet with election officials.

Taiwan, which counts Honduras as one of the 15 countries worldwide that recognize its sovereignty from China, will also be keeping an eye on the vote. Among the candidates, Castro has proposed switching Honduras’ diplomatic recognition to China. After her comments, Hernández made a three-day trip to Taiwan.

Carin Zissis contributed to this article.