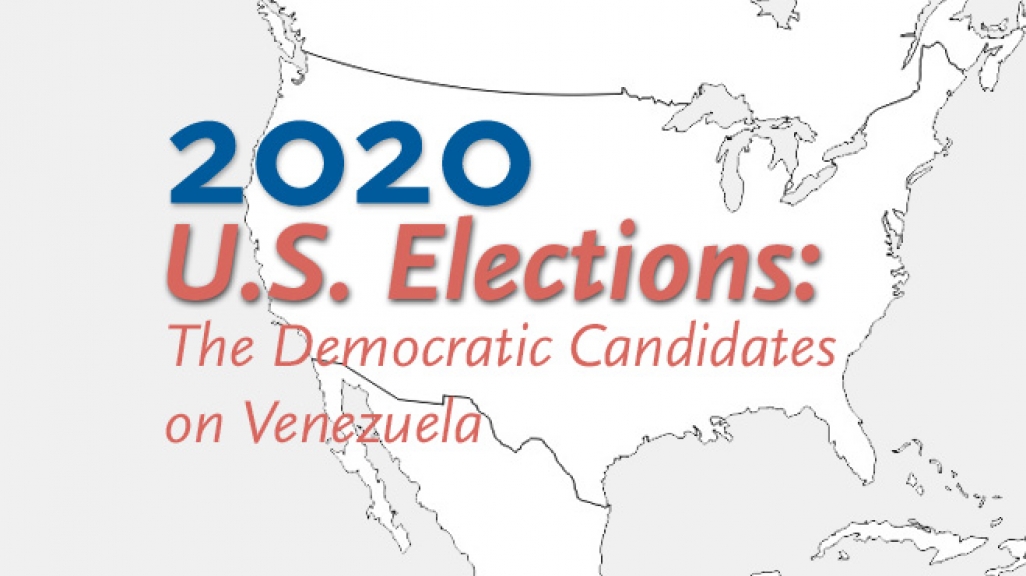 With Donald Trump using Venezuela as a wedge in Florida, it matters where the Democratic hopefuls stood on the issue.

At his third State of the Union address on February 4, one of U.S. President Donald Trump’s guests of honor was none other than Juan Guaidó. The 36-year-old, now in his second year as interim president of Venezuela, received a bipartisan standing ovation from the U.S. Congress—one of the only moments of unity during the event and an iconic capstone to his worldwide diplomatic tour. The following day, Trump received Guaidó at the White House, but cancelled a scheduled joint press briefing that would have happened in the middle of the Senate vote on articles of impeachment against the U.S. president. Before that, Guaidó met with Vice President Mike Pence and Florida Senators Marco Rubio and Rick Scott.

Trump knows Florida is key for him to win in November, and he kicked off his 2020 reelection campaign with a rally in Orlando. Few issues are better to galvanize Florida’s substantial Latino population than Venezuela. As one Republican strategist told The New Yorker’s Jonathan Blitzer, “If you solve the Venezuela problem, you get three for the price of one…You’ll make the Colombians, Nicaraguans, and Cubans in Florida very happy.”

With that in mind, where the Democratic presidential hopefuls, and the eventual nominee, stood on their policy and positions toward Caracas is no fringe issue if they want to win Florida on the road to taking back the White House. U.S. policy toward Venezuela—especially opposition to Nicolás Maduro and support of Guaidó—is one of the few policy areas with support on both sides of the aisles in Congress, especially among the Florida caucus.

The violence in Venezuela today against peaceful protesters is criminal. Maduro's regime is responsible for incredible suffering. The U.S. must stand with the National Assembly & Guaidó in their efforts to restore democracy through legitimate, internationally monitored elections.

Venezuela needs free and fair elections, not a unilateral US military intervention with no game plan or exit strategy. Our troops deserve a president who will set a high and clear standard for the use of military force. https://t.co/PWxbB5NhCp

The root cause of mass immigration on our southern border is our history of US military intervention in Latin America that left countries destroyed. Before we talk about a wall, we need to end our ongoing threats of intervention - this time in Venezuela. #SOTU

The people of Venezuela are enduring a serious humanitarian crisis. The Maduro government must put the needs of its people first, allow humanitarian aid into the country, and refrain from violence against protesters.

.@realdonaldtrump's presidency is a disaster. Countries all over the world are calling his pathetic bluffs. Iran, North Korea, Venezuela, and now China in the space of a week. After 10,000 lies, guess what? No one believes you.

Venezuelans are fleeing persecution only to wind up detained under Trump's cruel immigration policies.

My administration will not turn its back on those seeking freedom from violent dictatorships. Venezuelan asylum-seekers deserve parole and TPS now. https://t.co/1gnrJ8lRJu

Venezuela is on the verge of becoming a failed state. Sanctions - which would hurt the people- aren’t helpful nor is talk of military intervention. The goal should be free and fair elections and Venezuelan self-determination. The US should not be in the business of regime change.

The United States has a blind spot in recognizing the risk of letting China and Russia take ground in the region, said AS/COA's Eric Farnsworth to The Washington Post.