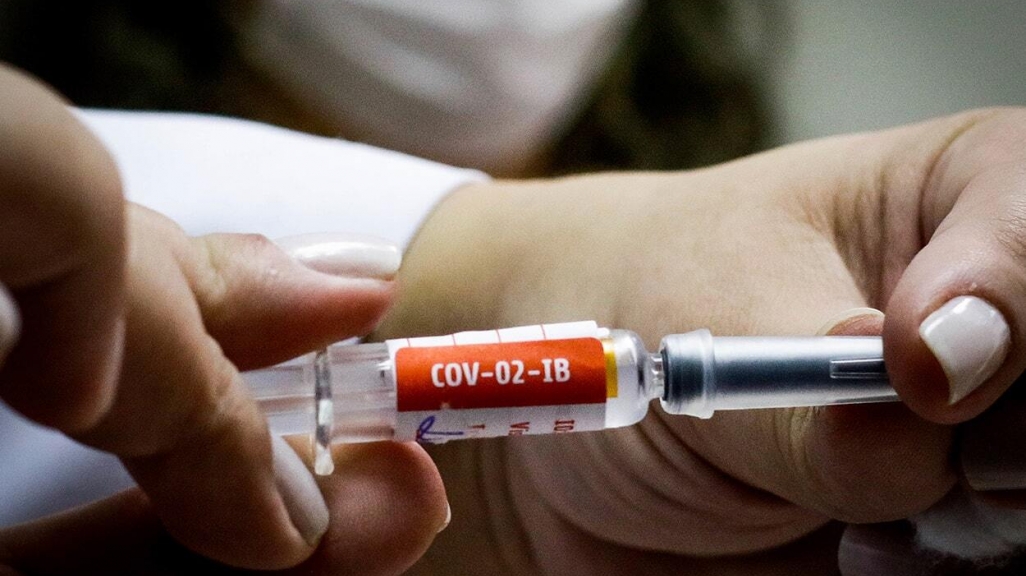 Scientists around the world are scrambling for a solution to the pandemic through potential vaccine developments, and Latin America is a target for testing. There’s little wonder why countries in the region would want to participate: at the end of May, the Pan-American Health Organization confirmed that Latin America and the Caribbean had become the global epicenter for COVID-19. As of September 9, Latin America and the Caribbean had almost 8 million confirmed cases, and just under 300,000 deaths.

Argentina, Brazil, and Mexico are the main players in Latin America’s vaccine race, but other countries are also taking their places in the blocks. There have also been multilateral efforts to promote cooperation, including the World Health Organization’s COVAX Facility, an initiative working toward rapid and fair access to vaccines across the globe with a goal of delivering 2 billion doses by 2021’s end.

Clinical testing for vaccines usually occurs in three phases. Phase 1 involves testing dosage safety on a small group of volunteers. Phase 2 extends trials to a wider group. Phase 3, prior to limited use and approval, involves large-scale testing to compare infection rates from those given placebo vaccines. AS/COA Online lays out the developments toward a vaccine in the region.

This article was originally published on September 9, 2020 and has since been updated.

May 28 — Mexico’s National Autonomous University, better known as UNAM, announced the first stage of animal testing for a nationally developed vaccine, with a target of moving to human clinical trials in 2021.

May 29 — The WHO, along with the Costa Rican government, launches the COVID-19 Technology Access Pool, an initiative aiming to make vaccines, tests, treatments, and other health technologies to respond to the virus widely accessible. The program is the brainchild of President Carlos Alvarado, who on March 24 requested that the global health entity create a repository of information for all member countries.

June 11 — The governor of the Brazilian state of São Paulo announces that the government’s Butantan Institute, a center for scientific study, will partner with Sinovac Biotech to develop the Chinese COVID-19 vaccine.

June 20 — Anvisa approves the third and final stage of testing for the Oxford-AstraZeneca vaccine, involving 5,000 volunteers in the cities of Rio de Janeiro, Salvador, and São Paulo.

June 23 — A group of 12 Argentine scientists, supported by the National Scientific and Technical Research Council and the National University of San Martín, begin preclinical testing for a potential home-grown vaccine.

June 27 — Brazil’s Health Ministry signs an agreement with AstraZeneca Brazil for local production of the Oxford vaccine, a $127 million deal to produce it with leading public health entity Fundação Oswaldo Cruz, or Fiocruz, with the goal of producing 30 million doses by January 2021. One day earlier, President Jair Bolsonaro announces he will set aside roughly $356 million to buy the first 100 million doses of this vaccine and support domestic production.

July 3 — The Butantan Institute announces it’s reached Phase 3 for the Sinovac Biotech vaccine with 9,000 volunteers across the country.

August 2 — The Chilean Science and Health Ministries announce the start of Phase 3 clinical trials for the Chinese Sinovac vaccine trial, in collaboration with country’s Catholic University, which involves 3,000 volunteers over the age of 18. The university’s immunology center signed an agreement of cooperation with the Chinese pharmaceutical firm on July 16.

August 7 — Brazilian billionaire Jorge Lemann’s foundation, alongside other private-sector investments, announce they will pay $18 million for the construction of a factory to produce the Oxford-AstraZeneca COVID-19 vaccine.

August 12 — Argentine President Alberto Fernández announces that the national laboratory mAbxience signed an agreement with AstraZeneca and Oxford University to produce a COVID-19 vaccine, in Phase 3 of testing. The president said that between 150 and 250 million doses would be available for distribution across Latin America within the first six months of 2021. Brazil is not included in this projection, as it has its own agreement for production and distribution with the British entities. Argentina also agreed with Mexico that, while the first stage of production—making the active substance—will take place in Argentina, the final steps will take place in Mexico’s Biomont laboratory.

The same day, Mexican Foreign Minister Marcelo Ebrard says Mexican billionaire Carlos Slim will finance production of the Oxford-AstraZeneca vaccine in partnership with Argentina to be distributed across Latin America.

In Brazil, the Paraná state government announces it’s signed a document of mutual understanding with Russia, and a local technology institute, Tecpar, which said it expects to produce a Russian vaccine by the latter half of 2021. On July 29, Paraná made an agreement with Chinese firm Sinopharm to launch a vaccine trial, pending regulatory approval.

August 13 — López Obrador says the Oxford-AstraZeneca University distribution of the vaccine in Mexico will be “universal and free.” Should regulatory agencies find the vaccine effective, the laboratory could produce up to 35 million vaccine doses monthly. On August 16, López Obrador suggests the vaccine could be administered as early as the first quarter of 2021.

August 18 — Brazil’s Anvisa approves human trials for over 6,000 volunteers for the Johnson & Johnson vaccine, the fourth candidate to enter Phase 3 trials in the country, joining the Oxford-AstraZeneca, Sinovac Biotech, and Pfizer-BioNTech vaccines.

August 24 — Cuban laboratory Soberana’s vaccine enters Phase 1 trials with a group of 20 volunteers, and estimates it will reach Phase 2 in late October.

As of the same date, of the 80 countries that publicly support the COVAX Facility, six are Latin American: Argentina, Brazil, Chile, Colombia, Dominican Republic, and Mexico.

August 25 — The Mexican government announces that 2,000 Mexicans have volunteered to participate in Phase 3 trials of the Russian vaccine Sputnik V.

August 28 — Per Reuters, Peru looks to begin separate testing of Chinese and U.S. vaccines. In the case of the Chinese tests, clinical tests will be led by Sinopharm, in collaboration with Lima’s Cayetano Heredia University and National University of San Marcos, with 6,000 volunteers. Johnson & Johnson’s will involve 4,000.

September 8 — The heads of nine pharmaceutical firms issue a joint statement vowing not to push for regulatory approval of their vaccine candidates before assuring safety and effectiveness, and to “ensure public confidence in the rigorous scientific and regulatory process.”

On the same day, AstraZeneca announces it’s pausing its Phase 3 global trials for a safety assessment after a volunteer in the United Kingdom showed a serious reaction to the vaccine.

Brazilian laboratory DASA announces it agreed to conduct Phase 2 and 3 trials of the U.S. COVAXX vaccine, pending regulatory approval, once the first phase of trials concludes in Asia.

Also on this day, Peru begins clinical trials for the Sinopharm vaccine.

September 10 — AstraZeneca’s CEO announces that the Oxford vaccine may well be likely be ready for distribution at the end of the year, despite clinical trials being temporarily held up for safety reviews.

September 13 — AstraZeneca resumes global testing for the vaccine developed with Oxford University after a pause in trials following safety reviews.

September 15 — Brazil’s Anvisa gives AstraZeneca approval to test the Oxford vaccine on an additional 5,000 Brazilians in Phase 3 trials, for a total of 10,000 volunteers.

September 24 — Brazil announces it will set aside $450 million to join the WHO’s COVAX Facility, and will buy enough doses to inoculate 10 percent of the population by the end of 2021.

October 11 — Peru signs an agreement with Pfizer to receive a first batch of 9.9 million vaccine doses, with further plans to secure a total 1.75 million doses through the first quarter of 2021. The two-dose vaccine would immunize about half a million people.

October 12 — U.S. firm Johnson & Johnson pauses all vaccine trials for safety reviews after a participant developed an unexplained illness mid-trial, just as Colombia administers the vaccine to 17 volunteers in the Santander department.

October 13 — The Mexican government announces the signing of additional agreements to acquire up to 198 million vaccine doses, including from the WHO’s COVAX Facility and the international laboratories of AstraZeneca, Pfizer, and CanSino Biologics. Mexico is negotiating to test Phase 3 vaccines from the following laboratories: CanSino (China), Curevac (Germany), Janssen (United States), Novavax (United States), Sanofi-Pasteur (France), Sputnik V (Russia), ReiThera, (Italy). Mexico has so far paid $281 million of the $1.6 billion total value of the vaccines.

October 21 — Anvisa announces the death of a volunteer in Brazil’s Oxford-AstraZeneca clinical trial. According to media reports, the volunteer was in a control group and did not receive the vaccine. After a review of the case, Oxford University continues the trial without pause.

October 23 — Johnson & Johnson announces it will resume Phase 3 clinical trials in the United States that were paused on October 12.

LatAm in Focus: How Data Voids Exploit the Latino Vote 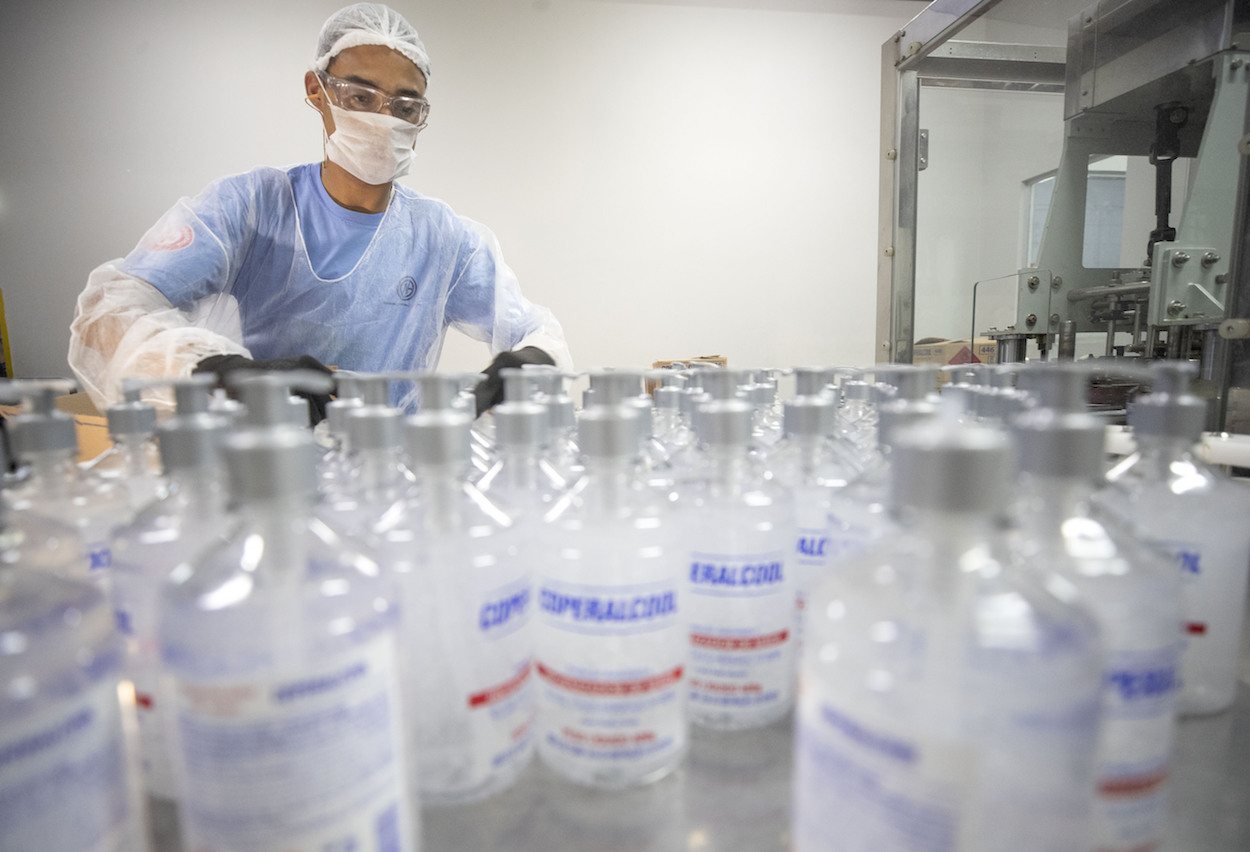