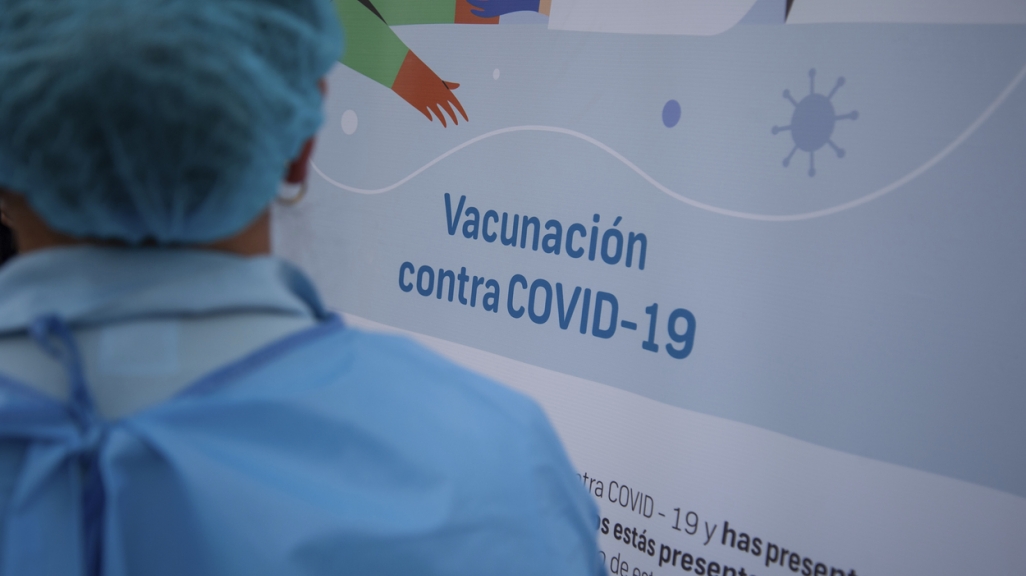 What Is COVAX? Vaccine Equity COVAX’s Vaccines COVAX in Latin America and the Caribbean  The Rollout Funding

The WHO program that seeks to correct for global vaccination inequities has distributed 93 million doses across the region.

On January 15, COVAX, the global initiative run by the World Health Organization with the goal of promoting vaccine equity worldwide, delivered its one billionth Covid vaccine. It was a major milestone, even if it fell short of the organization’s original goal to deliver 2 billion doses by the end of 2021. Since its founding in April 2020, COVAX has been plagued by supply delays and funding issues that have hampered its efforts to get vaccines to low-income countries.

Latin America has received 93 million doses* from the program, which is administered regionally by the Pan American Health Organization. That means almost one out of every eleven vaccine doses administered in Latin America is a COVAX dose.

AS/COA Online explains what the program is and how it is contributing to Latin America’s overall vaccination effort.

COVID-19 Vaccines Global Access, better known as COVAX, is a global platform to support the development, manufacturing, and distribution of COVID-19 vaccines. It was launched in April 2020 by the WHO, the European Commission, and France as one of the three pillars of the Access to COVID-19 Tool Accelerator.

A crucial aspect of the initiative is the COVAX Facility, which is run by public-private global health partnership known as Gavi, the Vaccine Alliance. The COVAX Facility is a procurement mechanism that purchases vaccines from a portfolio of producers on behalf of countries that are COVAX members. The facility worked with manufacturers to ensure that they had the capacity to produce large quantities of doses once vaccines were approved. Now, the facility is purchasing and distributing vaccines to its member countries.

COVAX seeks to solve the problem of the unequal global distribution of vaccines. As of January 15, about three-fourths of Covid shots had gone to high- and upper-middle income countries. In low income countries, only 11 percent of citizens have received a vaccine dose.

Vaccine nationalism—where countries prioritize vaccinating their own populations before those of other countries—leaves the world vulnerable to an even more protracted pandemic, given that the WHO estimates the coronavirus pandemic will only end when 70 percent of the global population is immune. It is predicted that 500 million people would need to be vaccinated in the Americas region to control the pandemic, though these predictions were made before the rise of Covid variants such as Delta and Omicron.

The second group of middle- and lower-income countries are funded ones, and they will not have to pay for vaccines. The doses for these countries are funded by the Gavi COVAX Advance Market Commitment (AMC) program, which raises funds through official development assistance, the private sector, and philanthropy. The vaccine purchases for funded groups come from Gavi COVAX AMC, not the money paid into the system by self-financing countries. That said, the aim of the COVAX Facility is to use the money from self-financing countries and Gavi COVAX AMC to negotiate for better prices and incentivize manufacturers to increase capacity. There are five funded countries in Latin America.

The COVAX Facility has supply agreements with eight different vaccines, including AstraZeneca, Johnson & Johnson, Moderna, Novavax, Pfizer, Sinopharm, and Sinovac. The eighth vaccine is the Clover vaccine candidate, which has yet to be approved. COVAX only uses vaccines approved by the WHO.

Initially, COVAX administered AstraZeneca and Pfizer vaccines. In the first three allocations of doses, which ran from February to June 2021, only these two vaccines were distributed to participating countries.

COVAX expanded its arsenal of vaccines by penning deals with Johnson & Johnson and Moderna in May 2021. Then, the WHO approved Sinopharm and Sinovac in June, opening the door to their use by COVAX. Novavax was approved in December.

COVAX in Latin America and the Caribbean

The only country in the region that has not joined COVAX is Cuba, which plans to vaccinate its entire population using its domestically produced vaccines. Venezuela’s membership was at risk after it initially did not make its second payment to COVAX, but it did so on April 18.

Many Latin American countries were hesitant to join the facility due to concerns around financing. In September 2020, 12 countries in the region asked the WHO for an extension on deciding whether to apply for the program. In the end, all decided to become self-financing countries.

COVAX’s rollout has been marked by problems with vaccine supply and funding that have affected its ability to hit benchmarks. With rolling waves of infections, donor and manufacturing countries have gone back on their promises to the organization.

One early problem was wealthy countries, including major COVAX donor countries, cut bilateral deals with pharmaceutical firms. This allowed them to lock up manufacturers’ production capacity in early 2021. COVAX, which had less upfront cash, got shut out of production schedules and had to wait for doses.

The organization’s supply is also affected by infection spikes and manufacturing problems. One of the first instances of this was in March 2021 when the Serum Institute of India, which was slated to produce a majority of the AstraZeneca doses uses, was unable to deliver all of its requested doses due to a spike in Covid infections in India that led to the government restricting vaccines exports. AstraZeneca, Johnson & Johnson, and Sinopharm have all had manufacturing issues.

COVAX has been able to secure a more robust supply as the year has gone on. The introduction of new vaccines into its arsenal like Sinopharm and Sinovac, a resumption in manufacturing from India, and an increase in donated doses have helped COVAX fulfill its pledges. COVAX began distributing exponentially more doses starting in August 2021. In December alone, COVAX delivered 309 million doses—roughly a third of its total 2021 deliveries.

Beyond supply, COVAX has also struggled to coordinate deliveries. Countries must be prepared with logistical setups and supplies when doses land. Though COVAX was originally designed just as a procurement mechanism, it now also deals with delivery and distribution. The uncertainty around supply has complicated its efforts to ensure countries receiving doses are prepared for shipments when they arrive.

Sufficient fundraising has been a persistent problem for COVAX. As of October 31, 2021, COVAX raised $18.7 billion dollars. This includes money from countries like the United States and Japan, the European Union, and NGOs. The United States remains the largest benefactor of the program. After initially not joining COVAX, the United States became a member after Joe Biden came into office, and he pledged $4 billion in funding through 2022.

While $18.7 billion dollars is nothing to scoff at, it was $14.5 billion less than COVAX had originally planned for its in 2020/2021 budget. This goes a long way in explaining why the organization had to halve the number of doses it delivered in 2021.

These woes seem set to continue. COVAX’s budget for 2021/2022 is $23.4 billion. So far, only $580 million have been raised, leaving a $22.8 billion shortfall. As of January 24, COVAX announced it could no longer accept new dose donations as it lacks the funds needed to buy medical accessories like syringes. Leaders said an injection of $5.2 billion over the next three months is needed to keep the program going.

Despite the setback, COVAX retains its goal to get the world to 70 percent vaccinated by the middle of 2022.

This article was originally published on February 26, 2021, and has since been updated.

*Editor's note: A February 3, 2022, update to this article stated that the total number of vaccines delivered to the region as of that date totaled 91 million. However, this count excluded Paraguay. The correct total as of that time was 93 million.