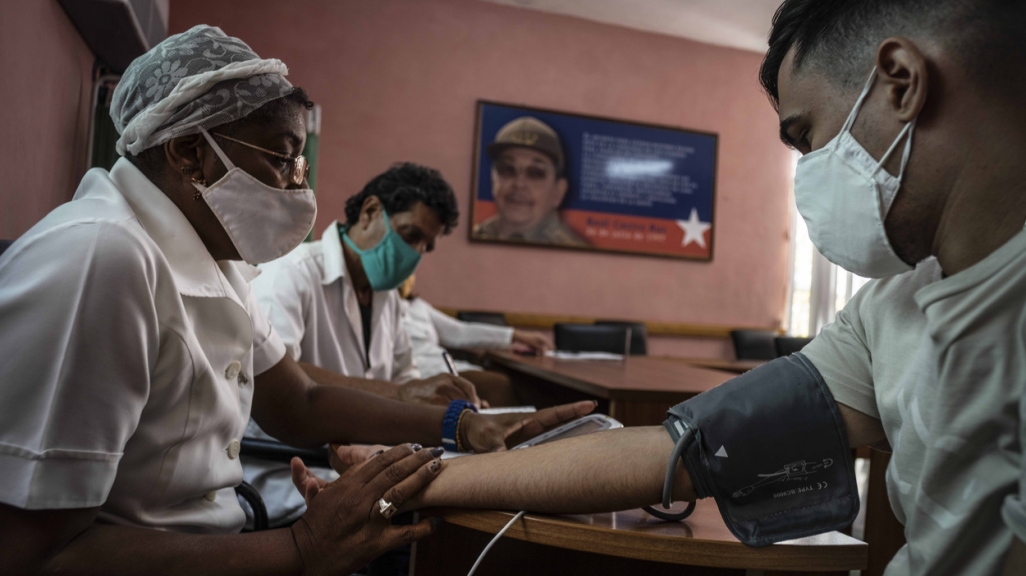 With two vaccines in the final trial phase, Cuba plans to ramp up domestic and international distribution.

Since early in the pandemic, Cuba has been working toward producing its own vaccines. The island remains isolated from the international system due to the U.S. embargo and is not partaking in global vaccine forums like COVAX. Now the country, which has produced most of its own vaccines since the 1980s, appears to be on the verge of embarking on its immunization rollout and is beginning to vaccinate segments of its population with two of its own vaccines, each in the final trial phase.

At the start of the pandemic, Cuba began testing four vaccines: Soberana 01 (or “Sovereign 02”), Soberana 02, Abdala, and Mambisa. Both Soberana 02 and Abdala have begun Phase 3 trials, the final step before a vaccine is considered for approval by national and international health agencies. Soberana 01 is in Phase 2. Mambisa, administered nasally, is still in Phase 1. All these candidates are protein vaccines that require two doses, although a booster known as Soberana Plus is being tested as a potential third dose for Soberana 02.

Soberana 02 began Phase 3 on March 4 in Havana. Some 44,000 volunteers participated and by March 31, all had received their first dose. The trial is expected to be completed by the end of April. Meanwhile, an intervention study—which evaluates the effects of a vaccine on various population groups without use of double-blind testing or placebos—is running concurrently with 150,000 volunteers, mostly hospital and emergency workers.

Cuba also sent 100,000 doses of Soberana 02 to Iran for testing. Officials have spoken about a potential trial of the vaccine for children under the age of 18.

Abdala’s Phase 3 trial began March 22 with 48,000 volunteers in the eastern provinces of Granma, Guantánamo, and Santiago de Cuba. By the start of April, all participants received their first shot. Abdala’s timetable for the third phase of the trial is half that of Soberana 02. Slated to be completed in four weeks, it would conclude at the end of April, meaning both vaccines would see clinical trials wrapped up around the same time. An intervention study is planned for Abdala in the east of the country with 124,000 volunteers from the health and biopharmaceutical sectors. In April, the country plans to send 30,000 doses of both Soberana 02 and Abdala to Venezuela for testing.

Soberana 02 and Abdala are being widely distributed before clinical trials conclude. Still, the main objective of both Phase 3 trials is to determine the efficacy of the vaccines, and results won’t be published until June. Even without results, Cuba plans to continue to ramp up the delivery of both vaccines. The government is slated to execute another intervention study of Soberana 02 in Havana in April with 1.7 million volunteers. This would be over 80 percent of the capital city’s population and comes at a critical time: although Cuba had a low contagion rate at the start of the pandemic, cases began to spike in January and the country now registers just under 1,000 new daily cases, with the spread concentrated in Havana.

So far, Cuba’s government has not made data around their vaccine trials public. This has made it impossible for international scientists to corroborate whether Cuba’s vaccines are effective. There is also concern that, due partially to sanctions implemented under the Trump administration, Cuba lacks the equipment necessary to robustly test the efficacy and safety of the vaccines. Further, there is a worrying trend of increased government repression during the pandemic, which could be hampering domestic scrutiny of the vaccines.

Cuba has said it plans to use its vaccines to inoculate 60 percent of its national population of 11.2 million by August. Despite Cuba’s economic crisis and the difficulty of getting medical supplies to the island, officials set a goal of producing 1 to 2 million doses each month. Part of the Phase 3 trials is to determine whether each vaccine requires two or three doses.

There are also plans for international distribution of the vaccines. The government claims it can produce 100 million doses by year’s end. This would be enabled by a potential technology transfer and joint production agreement with Iran, which said they can produce 40 million doses.According to Cuban officials, the vaccines do not require refrigeration and can last for weeks in long-term storage. This could make them an attractive option for low-income and tropical countries.

Already, several Latin American countries including Argentina, Mexico, and Venezuela have expressed interest in the vaccine. Ghana, India, Jamaica, Pakistan, Suriname, Vietnam, and the African Union have also talked with the Cuban government about acquiring vaccines.

The Pan American Health Organization is in contact about potentially procuring the vaccine for its Revolving Fund, which is used to provide doses through COVAX, though approval could take up to six months. Cuba has also floated the idea of administering the vaccine to tourists who visit the island—an unprecedented offer that could help revive the country’s tourism sector.