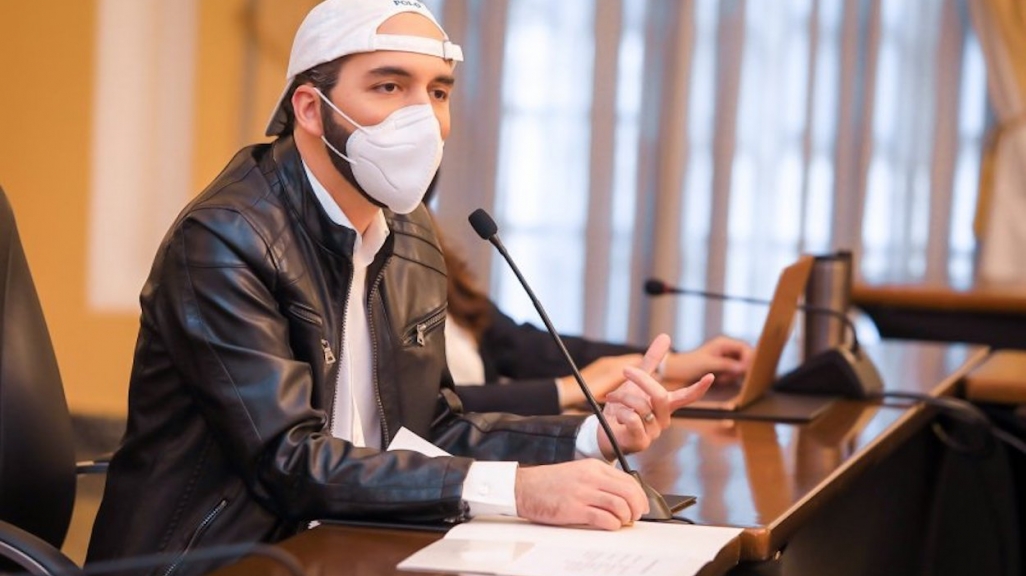 In spite of his political battles at home and criticism from abroad, El Salvador’s president ends his first year in office with an approval rating north of 90 percent.

Salvadoran President Nayib Bukele marks one year in office on June 1—and what a year it’s been. During his first few weeks on the job, Bukele saw his ascension widely covered after the president successfully positioned himself as a tweeting millennial outsider during his campaign. Many saw and still see his presidency as a reprieve from three decades of two-party control of power and the countless corruption scandals that overshadowed those years.

Nearly a year later, the 38-year-old was back in the international spotlight, but for different reasons. Concerns emerged that measures he introduced during the coronavirus pandemic, which at times were in conflict with the legislature, violated human rights and international norms, as well as weakened institutions. Images of Salvadoran prisoners locked together in human chains in the middle of a global health crisis went viral after the office of the presidency shared them on April 26. But beyond those disturbing images, Bukele has made a number of consequential decisions that have defined his presidency and could alter the course of Salvadoran history amid concerns over the erosion of democracy and human rights in the country.

Here’s a look at three areas that have shaped the president’s first year as he enters year two of his five-year term with a 92.5 percent approval rating.

Since Bukele’s time as the Grand Alliance for National Unity (GANA) presidential candidate, security has been at the forefront of his tough-on-crime policy agenda. Days after his inauguration, Bukele instituted his Territorial Control Plan, a seven-phase public security strategy––of which he’s publicly disclosed only the first three phases so far––to combat gang violence. The plan was at the heart of an institutional crisis earlier this year, when Bukele marched into the country’s National Assembly on February 9, surrounded by heavily armed members of the military, and demanded that the Assembly release funding for the plan.

That scene set the tone for what was to come in El Salvador during the months of the pandemic. After a continued downward trend of homicides, El Salvador experienced a spike over the last weekend of April, when there were 76 murders, despite a national quarantine in place since March 11. Bukele reacted with sweeping crackdowns aimed at gang violence and restructuring the country’s overcrowded prisons. On April 26, the president authorized security forces to use lethal force against maras, or gangs, in the name of “self-defense or for the defense of the lives of Salvadorans.” Saying gangs were taking advantage of the government’s focus on the pandemic, Bukele went on to issue an unprecedented order that incarcerated persons from the rival Barrio 18 and MS-13 gangs be mixed together in cells and that the windows and doors of every prison cell be sealed off with sheets of metal.

That move was in line with a policy Bukele instituted his first month in office when his administration announced that imprisoned gang members would no longer be assigned to prisons based on their gang affiliations, as had been El Salvador’s policy for 15 years. The policy to segregate prisoners by gang affiliation took hold in the early 2000s as a way to avoid further conflict in post-civil war El Salvador. But the maras have since taken over the country’s penitentiaries, making them the center of their operations, with over 12,800 gang members behind bars, per government figures. Though the gangs at times reached truces, the country struggled in the face of crippling homicide rates. Killings peaked in 2015 with 103 homicides per 100,000 habitants, per InSight Crime. That record figure coincided with the dissolution of an internationally backed gang truce that first went into effect in 2012.

With a 60 percent drop in homicides in the first seven months of the Bukele government, El Salvador closed 2019 with an average of seven homicides per day. A CID Gallup poll published in December 2019 found that 82 percent of Salvadorans felt Bukele was fulfilling his campaign promises, in particular those pertaining to improving security.

An executive, legislature, and judiciary at war

The tug-of-war between El Salvador’s branches of government has only intensified since the novel coronavirus arrived in the country. Even before the first case was confirmed on March 18, Bukele declared a 21-day national quarantine on March 11, closing the country’s borders, contending that the measure was necessary because El Salvador’s health system could not sustain a large outbreak.

Since then, a back-and-forth has played out over Bukele’s state of emergency decree––which the National Assembly first approved on March 14––and its stringent lockdown measures. Though the unicameral Congress repeatedly noted that the president had not complied with conditions set by the body to ensure financial transparency and even passed a law aimed at preventing human rights abuses during the state of emergency, the legislature ultimately approved each of Bukele's state of emergency extensions until mid-May. On May 17, Bukele unilaterally extended the country’s national state of emergency for 30 days following the decree’s expiration on May 16. He said he bypassed lawmakers by citing a constitutional measure that grants the president the power to declare a state of emergency in instances where the legislature cannot meet. The Assembly, however, was planning to do just that on May 18 to discuss Bukele’s proposed extension. The Supreme Court responded on May 18 by declaring Bukele’s move unconstitutional, leading to renewed disagreements between the Assembly and Bukele over extending the country’s state of emergency and reopening the country’s economy.

It was not the first time the Court stepped in to declare Bukele’s actions during the pandemic unlawful. On April 8, the Court declared that security forces could not detain Salvadorans who violated the national quarantine and subject them to a controlled quarantine, as Bukele had previously decreed. After weeks of Supreme Court injunctions, National Assembly transitional laws, and presidential vetoes, on May 20 Bukele went so far as to threaten to bring a case against El Salvador’s National Assembly and Supreme Court to the Inter-American Commission on Human Rights (IACHR) for having blocked his May 17 extension. In response, the head of the Commission warned Bukele that the IACHR would not have jurisdiction in this case because it cannot hear one brought forth by one branch of government against another. A week later, in a meeting with the president on May 27, Salvadoran union leaders offered to file the suit with the IACHR on the president’s behalf.

Despite a closer relationship between El Salvador and the United States under the Bukele government, two U.S. representatives sent a letter to Bukele on April 30 urging him to “not use COVID-19 as a pretext to undermine the Salvadoran constitution and international norms” and to “respect the authority of El Salvador’s legislative and judicial branches.” In a memorandum to Congress obtained by ElSalvador.com, the U.S. Department of State warned that although the country meets the criteria to receive U.S. aid, Bukele’s recent actions against the country’s legislature and judiciary “weaken, rather than strengthen, public institutions.”

But the president seems willing to set the stage for another showdown. On May 27, during remarks in which he said the majority of legislators are “delinquents,” Bukele promised to overhaul the country’s government structure come the end of the pandemic—a move that would require a constitutional reform.

Though a vocal anti-graft advocate, Bukele became the subject of corruption allegations just days after launching an anti-corruption commission in El Salvador. A September 11 Revista Factum investigation found that, as mayor of Nuevo Cuscatlán in 2013, Bukele accepted $1.9 million in campaign donations from a company owned by the U.S.-sanctioned Alba Petróleos, a subsidiary of Petróleos de Venezuela S.A., better known as PDVSA, in El Salvador. Bukele later admitted to having taken the money, but claimed that the funds were payment for the sale of a company he owned.

For its part, the Organization of American States-backed International Commission against Impunity in El Salvador (CICIES) that Bukele unveiled on September 6 turned out to have limited investigative powers due to its lack of independence from the Salvadoran government. The Attorney General’s office and CICIES did not reach a cooperation agreement until April 26. The deal outlines that while CICIES may propose cases and provide technical assistance, it is the attorney general who will ultimately call the shots in deciding whom to investigate and prosecute. In the context of the coronavirus pandemic, a number of civic organizations in El Salvador have called on the National Assembly to create an anti-corruption commission that is independent and backed by the United Nations. Citing the pandemic and Bukele’s management of emergency-related funds, the groups argued that an autonomous oversight body is “essential” to avoid corruption.

Their proposal came after a National Assembly committee tasked with overseeing the government’s spending of $2 billion in pandemic-related funds began to unravel. Leaders from the private sector and academia quit the committee on May 11, arguing that Bukele’s government had refused to hand over the necessary information for them to effectively conduct an audit. The private sector was supposed to meet with Bukele on May 12 to discuss the reopening of the Salvadoran economy, but that meeting also fell apart, while business associates across Central America voiced support for El Salvador’s private sector. The Bukele administration is required by law to provide the National Assembly “a detailed and complete report” of the government’s pandemic spending as a condition to renew the emergency declaration, though legislators say they’re still waiting for one. Bukele has defended his refusal to comply, saying, “I don’t have to tell [the Assembly], ‘Look, we bought these eight aspirins from such-and-such pharmacy,” and arguing that the power to audit lays in the hands of the country’s Accounts Court, an autonomous body established by the Salvadoran constitution.

As his first year as president comes to a close it appears the battle will even mark his anniversary. On May 27, Bukele asked the National Assembly to allow him to postpone delivery of his state of the union before the legislature on June 1, when he would have addressed the nation and reported on his first year in office, as is customary but not mandated by law. When the Assembly refused to agree to a delay for this state of the union until the end of the national quarantine, Bukele tweeted that the request was made out of politeness and the change in date for the address had already been established by the executive branch. 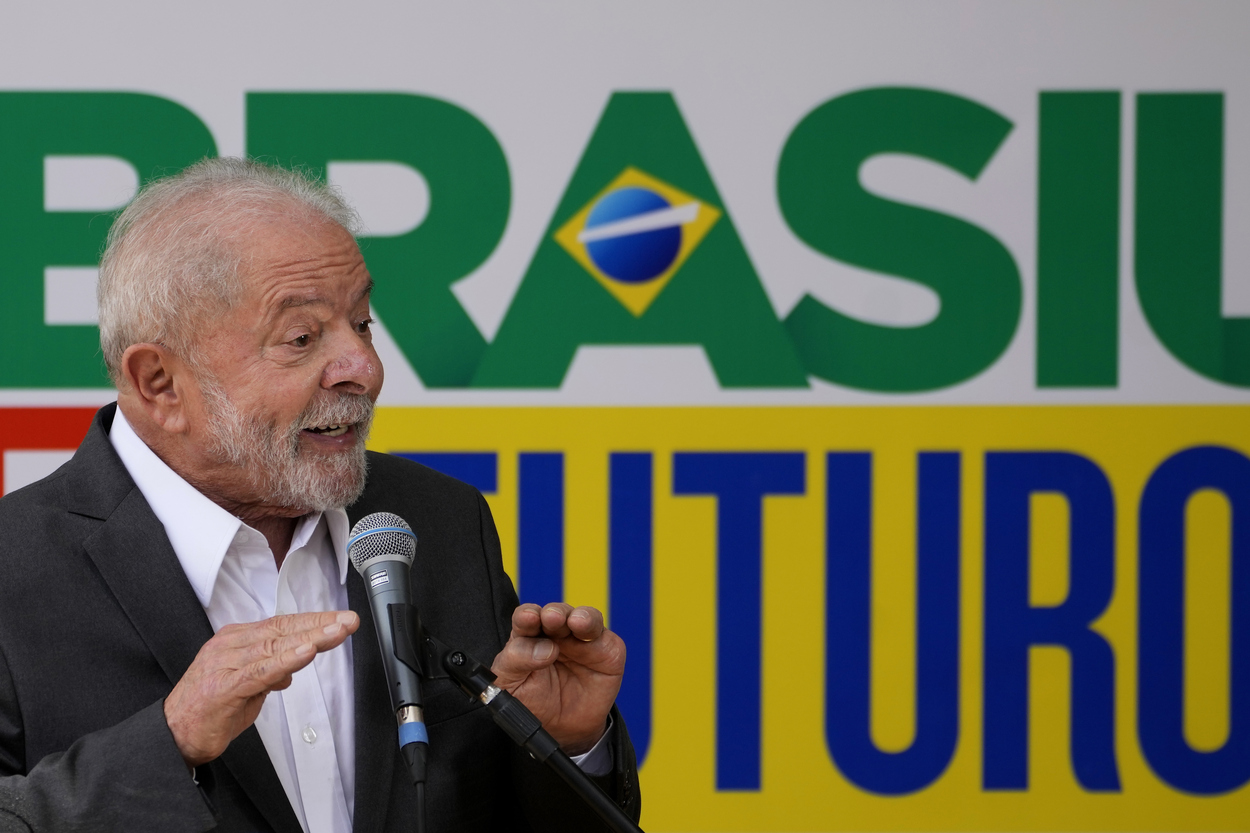 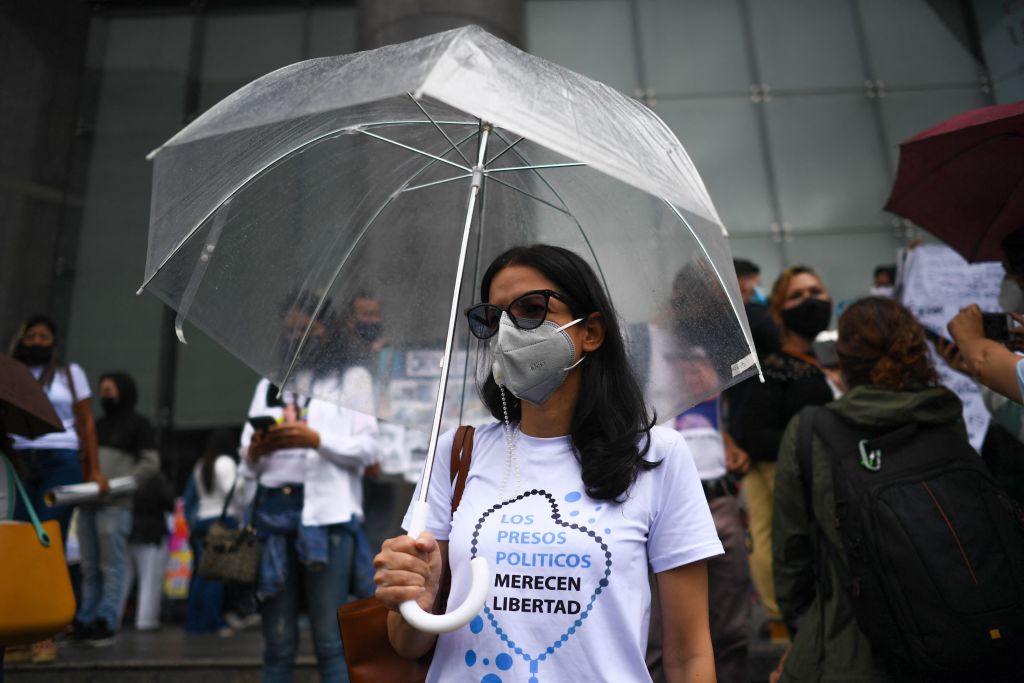