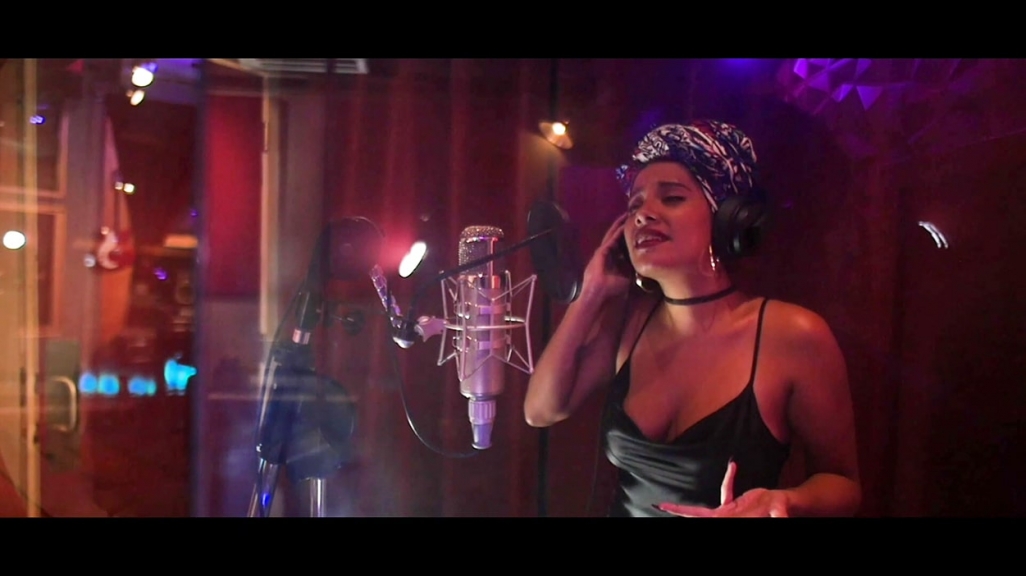 We welcome Ensemble Dal Niente to our virtual stage, with a program of Latin American music recorded in Chicago. The En Casa series features new videos by Mireya Ramos and Carmela Ramírez alongside tango by the father-son duo of Héctor and Santiago del Curto and a lovely zamba by Martín Iaies and his trio. The Recuerdos series will be back on May 20.

Now in its second decade, Ensemble Dal Niente performs new and experimental chamber music with dedication, virtuosity, and an exploratory spirit across the world.

Dal Niente's Music of the Americas debut is dedicated to Latin American music and includes the premiere of Triste y madrigal by Argentine composer Tomás Gueglio.

Ramos was in our series in March with her “Regresa ya” and this month sent us two new videos: "Dicen" and "Angelitos negros," which we are sharing today.

Praised by The New York Times as a "splendid player," Argentine bandoneonist Héctor Del Curto's career encompasses traditional and nuevo tango, jazz, classical, and world music. He has shared stages and recordings with musicians including Astor Piazzolla, Osvaldo Pugliese, Paquito D'Rivera, Shakira, Tito Puente, Regina Carter, and Joe Lovano, and orchestras such as the Metropolitan Opera Orchestra, the St. Louis and National Symphonies, Orpheus Chamber Orchestra, and the Buenos Aires Symphony Orchestra. Born into a family of bandoneon players, Del Curto was introduced to the world of tango and bandoneon by his grandfather, Héctor Cristobal. By the age of 17, he had won the title of "Best Bandoneon Player Under 25" in Argentina, and was invited to join the orchestra of the legendary Osvaldo Pugliese. He has directed Forever Tango on Broadway and founded the Eternal Tango Orchestra, which had its debut at Lincoln Center in 2003. His celebrated quintet has appeared in venues and festivals internationally. Del Curto founded the Stowe Tango Music Festival, the premier tango music festival in the United States, noted for its unique performances and high level of musical training. Del Curto recently produced and released his second album, Eternal Piazzolla, featuring his quintet with a sold-out CD release concert at Le Poisson Rouge in New York City.

Santiago Del Curto has received standing ovations for his impressive performances at the Aspen Music Festival, the Stowe Tango Music Festival, Aston Magna Music Festival, the Salida Aspen Concerts, and the National Concert Hall in Taiwan. He has performed with Paquito D'Rivera and his quintet at the Montclair Jazz Festival and at the Martina Arroyo Foundation Gala. In 2015, he participated in a master class by the principal clarinetist of the New York Philharmonic, Anthony McGill, and was invited to perform at the opening of the Kaufman Music Center Gala with Pablo Ziegler. Santiago began studying the clarinet in kindergarten at the Special Music School with Katherine Cooke and currently is studying with Liam Burke.

From their studio in the Poconos, they sent their version of Piazzolla's "Bruno et Sarah," which is part of the soundtrack of Nadine Tringtinant's 1976 film Voyage de noces.

The duo of Latin Grammy-nominated Ana Carmela Ramírez and Gabriel Chakarji ;were on our series last summer with "Merengue," and they are back with two new videos. This week we share Ricardo Armas' Venezuelan unofficial anthem "Una parte de mi patria," with percussionist Daniel Prim.

Ana Carmela Ramirez combines a solid classical musical training with the art of singing and composition. She joined the National System of Youth and Children's Orchestras of Venezuela as a violist at nine, and started studying Venezuelan folk music as a teenager. She has collaborated with Ensamble Gurrufio, Aquiles Baez, Edward Ramirez, Aldemaro Romero Trio, Juan Manuel Trujillo, and Gabriel Chakarji. In 2014 Ramírez was nominated to a Latin Grammy for her vocals on the album Tiempo by Linda Briceño. Her music was featured in a concert by Simon Bolivar Jazz Big Band led by Pablo Gil. In 2019, Café Royal Cultural Foundation NYC awarded Ramírez a grant to complete her work Outcast.

Gabriel Chakarji was born in Caracas and began studying classical piano at the age of nine. After high school, he studied composition at Ars Nova School of music and was part of the Simon Bolívar Jazz Big Band touring New York and Boston in 2011. Chakarji was nominated for a Grammy for his participation in Linda Briceño's Tiempo and moved to New York to study at the New School for Jazz and Contemporary Music under the guidance of Reggie Workman, George Cables, Billy Harper, and Jane Ira Bloom. He has performed at venues including Dizzy’s Club, Blue Note, Smalls Jazz Club, Smoke Jazz Club, Fat Cat, and Cornelia Street. His compositions and playing are rooted in social justice and multiculturalism.

Argentine guitarist and composer Martín Iaies was born into a family of musicians, and started his music studies with his father and grandmother at 4. He holds degrees in jazz from the Escuela de Musica Popular de Avellaneda and the Conservatorio Superior de Musica Manuel de Falla in Buenos Aires, where he studied with Ernesto Jodos, Eloy Michelini, Juan Pablo Arredondo, Marcelo Gutfraind, and Javier Cohen, among many others. He released his first album, REWIND & FF, with Andres Tarditti, Andres Chirulnicoff, and Mauricio Cardona in 2018 to critical acclaim. He was part of the hip-hop/soul band Proyecto Nacarola, led by Carolina Gonzalez and was guitarist and arranger for singer Gisela Farias. In 2019 he moved to Austria, where he is currently working on his masters in jazz guitar at the KUG University in Graz. From Buenos Aires, Iaies and his trio including Chirulnicoff and drummer Mono Valle sent us this soothing version of his own "Zamba para Fio."

Additional support for this week's En Casa comes from iShares. 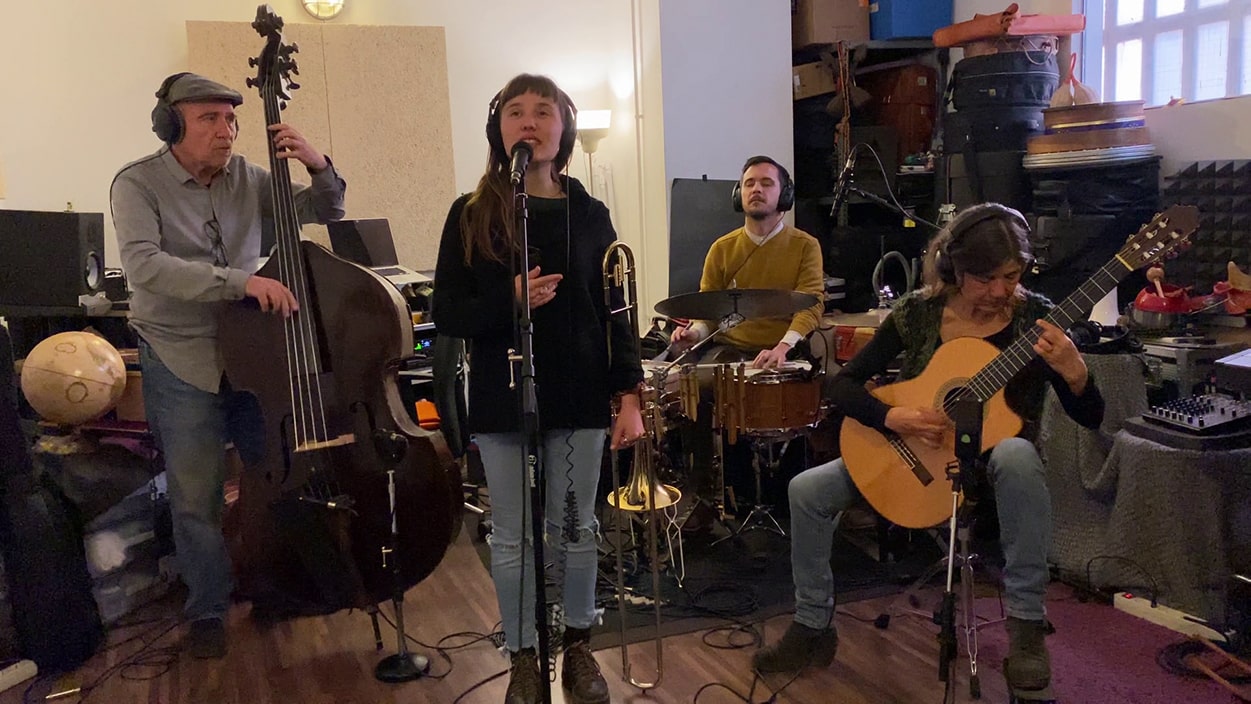