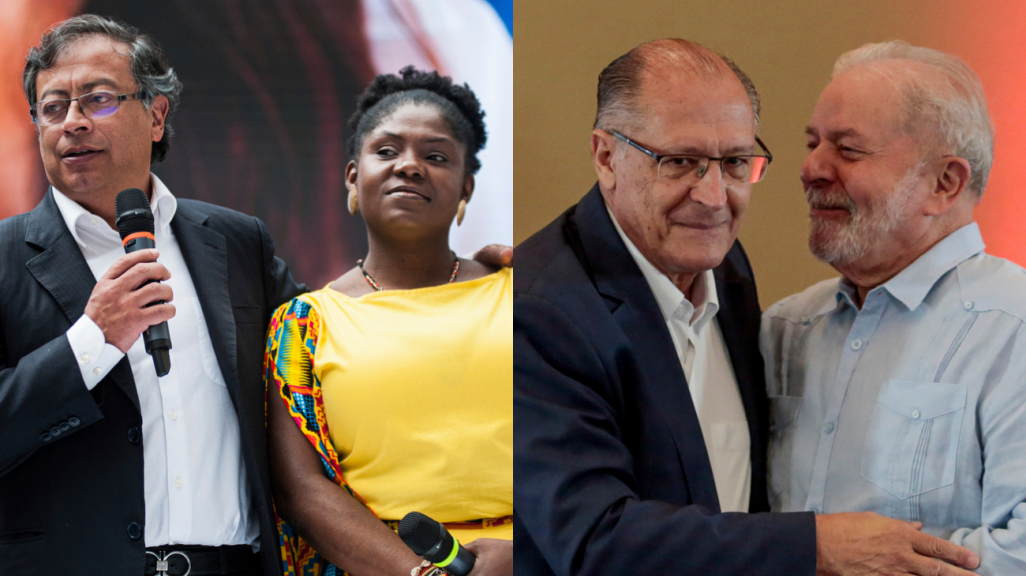 By Carin Zissis and Luisa Leme

The choice of a running mate gives a presidential hopeful a chance to widen the net, solidify a profile, or win over a rival’s supporters. Knowing that, what can we glean from vice-presidential choices in Brazil and Colombia, which both hold game-changing elections in the coming months?

First up is Colombia’s presidential vote on May 29, in which the highest-profile running mate is arguably Francia Márquez, an Afro-Colombian environmental activist sharing the ticket with frontrunner and leftist Senator Gustavo Petro. Márquez rose to prominence as a presidential candidate during interparty consultations, when she won more votes than some other big-name contenders.

As Director and Co-founder of Colombia Risk Analysis Sergio Guzmán explains, Márquez’s rising status got her on Petro’s ticket. “What Francia does is bring the interests of particular communities that haven’t previously been engaged in the political battle,” says Guzmán. “And she does it without necessarily making Petro more appealing to the center, which is going to be one of his major problems.”

Other candidates’ VP selections speak to the importance of reaching new voters beyond traditional centers of power as well. Conservative Federico “Fico” Gutiérrez, polling second, made a play for the rural vote by choosing Rodrigo Lara Sánchez, a former mayor of a secondary city and the son of a famed justice minister assassinated under order of Pablo Escobar. Centrist Sergio Fajardo, coming in third, went for an experienced choice in Afro-Colombian former Governor of Chocó and ex-Environment Minister, Luis Gilberto Murillo.

Of eight presidential tickets, five include Afro-Colombians. “That’s impressive in and of itself, but it also underscores the effect that Francia Márquez has had on the campaign,” says Guzmán. “It just elevates the issue of diversity, it elevates the issue of inclusion, and it makes this a fundamental turning point for Colombian politics going forward.”

See how the competition between presidential hopefuls is shaping up ahead of the May 29 first-round vote.

Meanwhile, Brazil’s vote doesn’t take place until October, but it’s shaping up to be a polarized, two-person race between ex-President Luiz Inácio Lula da Silva on the left and incumbent Jair Bolsonaro on the right. That leaves the center up for grabs, and Lula went after it in picking Geraldo Alckmin, ex-governor of São Paulo and formerly a political opponent.

Lula’s best chance at a win involves framing himself as a national unity candidate, explains Thomas Traumann, a journalist and researcher at Fundação Getulio Vargas. “The choice of Alckmin makes sense with the idea that Lula is now trying to make a broad coalition, not only to win the election, but also to govern if he wins.”

But will it be enough? Even if Lula has been leading polls, Bolsonaro has the federal political machine working to his benefit as the current head of state, says Traumann. And while Lula carefully planned who would share his ticket, “[Bolsonaro] is extremely like Donald Trump. Nobody really cared who was Donald Trump’s running mate,” says the political analyst. “Bolsonaro doesn’t want to conquer the center. He doesn’t want to be the president of all Brazilians… He wants to be the president of the people who voted for him.”

The music in this episode is Danilo Brito performing Madrigal Merencório for Americas Society. Watch the video: https://youtu.be/KTjGiMJQn9o