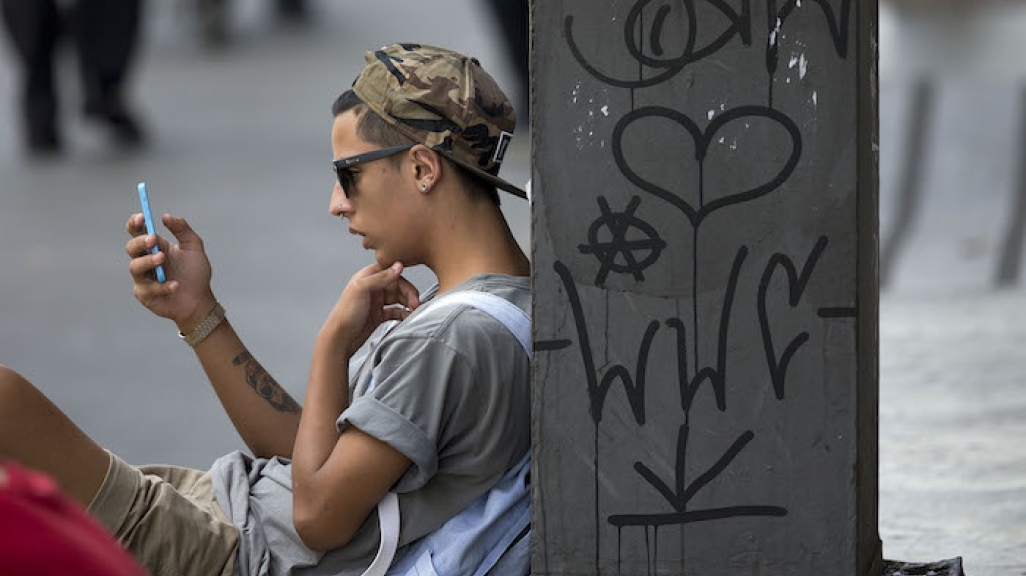 A man checks his smartphone in São Paulo. (AP)

You’ve heard it before: Russian bots. Twitter trolls. Fake news on Facebook. Or, in the case of Brazil’s presidential vote, WhatsApp messages filled with rumors. As much as fake news might feel like a problem that predated the 2018 elections, the country’s presidential elections served as a warning for democracies worldwide as they revealed how the problem can evolve from misleading advertising on platforms such as Facebook into a crisis of misinformation on private social networks like WhatsApp. Tai Nalon, creator of the factchecking website Aos Fatos, says that that raises a whole new challenge as fact-checkers try to assess what kind of false news is reaching people’s phones—and where it’s coming from.

Beyond the lack of transparency is the matter of the sheer size of the problem. “We monitored after the weekend of the first round…and discovered more than one million shares on pieces of misinformation during the first round,” says Nalon, who spoke with AS/COA’s Luisa Leme from Rio de Janeiro days after far-right candidate Jair Bolsonaro won the vote. “It is not trivial.”

In fact, the election confirmed a shift away from traditional forms of getting out political messaging such as TV airtime, given that, she explains, some 60 percent of Brazilians say they use social media or messaging applications to get their news. Roughly 120 million Brazilians use WhatsApp, and even if they don’t really trust what they read on it, “That does not stop them from sharing,” says Nalon. From July to October of this year, Aos Fatos crowdsourced more than 6,000 users to fact-check fake news prior the vote, debunking 113 rumors that were shared 3.8 million times on Facebook and Twitter.

While it would have been hard to predict the WhatsApp misinformation problem five years ago, it’s also difficult to anticipate the challenge for future elections. But Nalon warns that leaders with authoritarian leanings thrive on having an enemy, and they’ll be coming for those aware of the truth—including journalists. She says tackling the problem has to do with technology more than regulation, and that companies such as WhatsApp need to recognize the issue. “The platforms have responsibility and perhaps they have to act together more than just rely on journalism and fact-checkers to clean up the mess.”