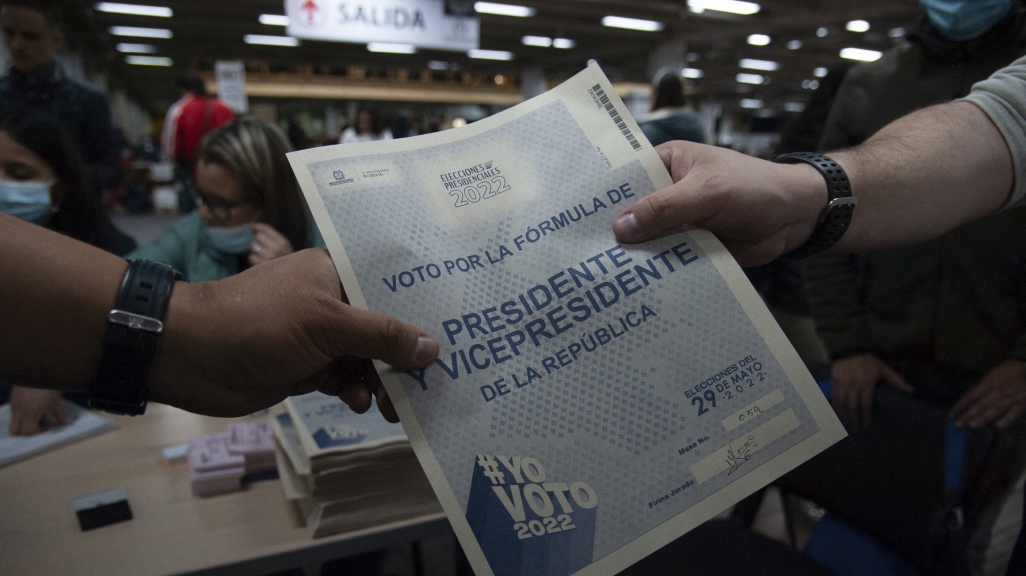 The Washington Post's Samantha Schmidt covers how runoff candidates Gustavo Petro and Rodolfo Hernández are shaking up the political landscape.

A majority of Colombian voters sent a message to the political status quo in the May 29 presidential first round: We’re ready to move on. On June 19, they will choose between two anti-establishment candidates: Rodolfo Hernández, an engineer and millionaire with limited political experience, and Gustavo Petro, a former guerrilla who would be the country’s first leftist president.

As The Washington Post’s Bogotá Bureau Chief Samantha Schmidt told AS/COA Online’s Jon Orbach in this new podcast, this year’s contest involves change in other ways as well. “The elections over the past few decades really have often been focused on the war, on the conflict,” she said. “And while some of that still is, obviously, as important as ever in this country, for the first time in many elections the issues are focusing more on inequality, on the economy, on unemployment, on corruption."

Petro, who has long been the frontrunner in this race, has unveiled a series of plans that include taxing the 4,000 wealthiest Colombians, halting oil exploration, granting single mothers a universal basic income, and calling a national emergency on hunger. Schmidt says that because some of his proposals have the private sector on edge, the business world has taken the stance of “Anyone But Petro.” A Petro victory, Schmidt says, could also change the United States’ relationship with Colombia—one of its most reliable foreign allies.

Still, this election has had its surprises. Petro was long considered the main change candidate, until Hernández started giving him a run for his money.

“I think that [Hernández is] completely changing the game of the elections.”

Schmidt recently came back from a reporting trip to Bucaramanga, a mid-size eastern city near the Venezuelan border, where Hernández, 77, grew up and eventually served as mayor. There, the journalist met Hernández’s 97-year-old, gun-toting mother. Schmidt also heard reports that the candidate was known to insult his employees and for his brash way of speaking—considered a trait of people from his home department of Santander.

She adds that it can be hard to place Hernández on the political spectrum, given his support for some traditionally leftist policies, such as support for same-sex marriage and abortion. But he’s also in favor of a small state and an austere government, and he’s gained support from rightist camps.

“There are a lot of big question marks around him in part because he's just an outsider,” explains Schmidt. “But he's energized lots of people through TikTok, and he's run this campaign in a whole new way that is completely shaking up political dynamics.”

The music in this episode is Nilko Andreas Guarín performing “Guitar Prelude No. 4 (H Villa-Lobos)” for the Music Program at Americas Society. Watch the video.

Editor's note: The introduction to this podcast indicates the Mexican political party know as the PRI will, following 2022 gubernatorial inaugurations, control two of 32 governorships. However, it will control three of 32.