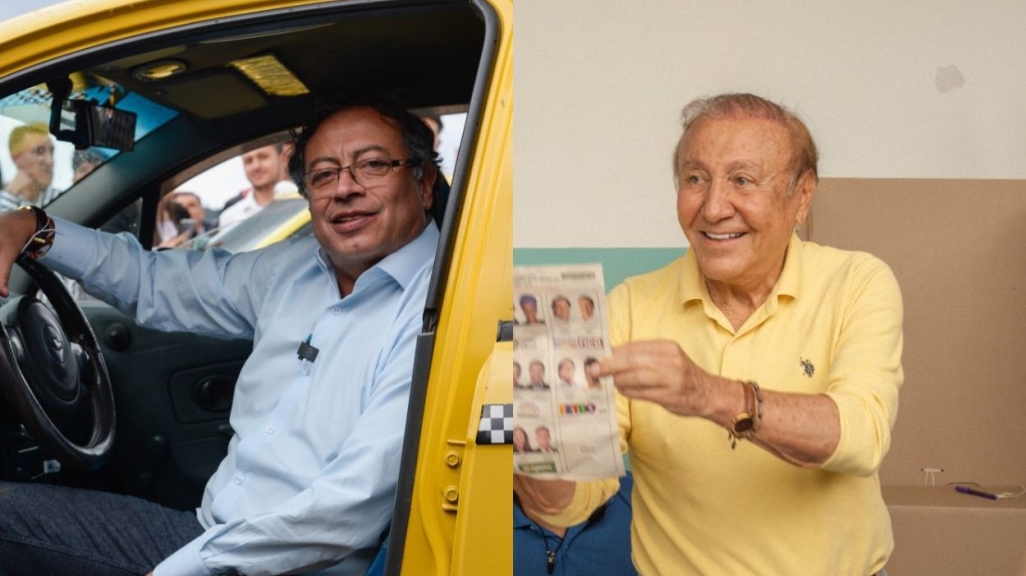 Petro vs Hernández: Where Do Colombia's Candidates Stand on the Issues?

Ahead of the June 19 presidential runoff, read about the candidates' positions on issues such as anti-corruption efforts and economic policy.

In the May 29 first round, Colombians dealt a blow to the political establishment by putting two unconventional candidates into contention for the June 19 presidential runoff vote. Now voters will choose between leftist former Bogotá Mayor Gustavo Petro and real estate mogul Rodolfo Hernández, both of whom could be considered populists.

Enthusiasm for political change runs high, and a record 54.91 percent of eligible voters participated in May—the highest turnout the country has ever recorded for a first round. While that figure may seem low, the average turnout in the country is just 46 percent.

The candidates have less than a month to win over voters and prove they’re the right candidate to tackle Colombia’s mounting problems, such as rising poverty, violence, food insecurity, and the complexity of maintaining a peace deal with insurgents. Per a Gallup poll from May, 75 percent of Colombians believe their country is headed in the wrong direction.

Both candidates are trying to answer the call for transformation manifested in street protests of recent years. Petro, a senator, and former guerilla, has campaigned on plans to overhaul the economy and redistribute wealth. He would become Colombia’s first-ever leftist president. Meanwhile, Hernández, who has little political experience apart from his stint as mayor of mid-size city Bucaramanga, soared in the polls with straight talk against corruption among the political elite, and his avuncular charm proving popular on TikTok.

How do Petro and Hernández compare on the issues? AS/COA looks at their positions on some of Colombia’s top concerns.

Petro: A major theme of Gustavo Petro’s economic agenda is turning the Colombian economy from an “extractive” one to a “productive” one, as he puts it. The senator plans to halt oil exploration, phase out fossil fuels, and touts a greener future for Colombia, where coal and oil account for at least 40 percent of exports.  Petro is anti-fracking.

Redistributing wealth is a big focus, and he said one of the first things he’d do as president is declare a state of emergency to address nationwide hunger. He wants to tax the 4,000 wealthiest Colombians, he says the state will employ all those who don’t have a job, and he plans to make university free and grant single mothers a universal basic income.

While opponents have stated concern about his admiration for the economic program of the now-deceased former President of Venezuela Hugo Chávez, Petro has sought to distance himself from chavismo The ex-guerrilla says that whereas he plans to diversify the Colombian economy, Chávez was too reliant on one commodity: oil. “What we’re talking [about] deep down is developing democratic capitalism in Colombia,” Petro told The Wall Street Journal. “We’re not talking about making land, credit, and those kinds of things state-owned.”

Hernández: As a millionaire who made his fortune by building low-income housing, Hernández promises to use his business acumen to manage Colombia’s economy.

He has advocated for lower taxes, a reduction in bureaucracy, austerity, no value-added tax on food, and free public education for all One of Hernández’s big ideas is to unify more than 20 subsidies into a universal basic income that goes directly to families in need, without the red tape that he says lends itself to “corruption and clientelism.” Hernández also claimed that he would “reactivate the countryside” and ditch the “neoliberal policies” that have led to food insecurity, violence, and internal displacement.

He, too, is anti-fracking.

See how the matchup between Gustavo Petro and Rodolfo Hernández is shaping up ahead of the June 19 vote.

Petro: Since 2019, Colombians have increasingly taken to the streets to voice their concerns about the state of the country. In May 2021, 26 people were killed in protests against President Iván Duque’s tax hike on food and other staples.

Many of those who died were killed by the Mobile Anti-Disturbance Squadron (ESMAD), a riot control unit of Colombian police forces, which Petro plans to get rid of, in exchange for a civil police force that he says will promote “life and human security.” Further, he supports putting Duque on trial for the violent quashing of recent protests.

The candidate has proposed legalizing marijuana and is against aerial fumigation, which the current and past governments have used to disrupt narcotics supplies.

Hernández: The 77-year-old says he respects the right to protest and has done so himself in the past. While he has not proposed nixing the ESMAD entirely, he says he will not use it as “a brutal protest-destroying machine.”

Hernández also plans to legalize marijuana and has said “the most dangerous thing about drugs is prohibition.” He is against aerial fumigation.

Petro: The one-time member of the now-demilitarized 19th of April Movement has stated his intention to fully implement the 2016 peace accords with the FARC. He says he will revive peace negotiations with other armed groups, such as the National Liberation Army (ELN), a Marxist-Leninist insurgency group.

Petro has a long rivalry with ex-President Álvaro Uribe, known for having opposed the 2016 peace deal. But, despite accusations that Uribe was connected to a false positives scandal that led to the murders of innocent civilians, Petro says he will not seek to prosecute his rival.

Hernández: On May 30, Hernández tweeted that one of the goals of his government would be to fully implement the 2016 peace accords and negotiate with the ELN. That could change, however, should he need a coalition with the right, which is less supportive of the deal. This proposal is in spite of his family’s history: Hernández's father was kidnapped and freed, but his daughter was abducted and disappeared.

Petro: The candidate says Colombia needs to reestablish diplomatic relations, broken off since 2018, with neighboring Venezuela. Petro has been reticent on how to handle Venezuelan refugees, and his 51-page platform document doesn’t include the word “Venezuela.”

In terms of the United States, Petro proposes an update to the existing bilateral Free Trade Agreement—implemented in 2012—to make it “more just,” saying it should combat climate change, create jobs, and allow for the development of knowledge transfers.

When it comes to ties with Washington, he has asked the U.S. ambassador about the possibility of reviewing the focus of the war on drugs. Hernández said that countering drug trafficking with a military emphasis has only brought about more crime and consumption, and he has argued that every anti-drug policy must be agreed upon bilaterally.

Petro: While Petro has not made corruption as central to his campaign as his rival has, just before the first round, he spoke of setting up an independent, UN-backed anti-corruption unit, modeled on the International Commission against Impunity in Guatemala, which was successful in ousting corrupt politicians in that country.

Hernández: Running under the banner of Anticorruption League, a political movement he started in 2019, Hernández has centered his campaign on tackling corruption; his campaign slogan is “Don’t lie, don’t steal, and don’t betray.” The engineer and businessman, who said he would strip corrupt civil servants of their positions, tweeted that he would reduce corruption in hiring process and replace that with a meritocratic system. That being said, Hernández himself is under investigation by the attorney general’s office for allegedly taking kickbacks from a waste disposal contractor while he was mayor.

Petro: The Historic Pact ticket—made up of Petro and his Afro-Colombian running mate Francia Márquez—has made representation a focal point of its campaign. Petro’s official platform shows female political representation as a top agenda item, and he proposes creating a Ministry of Equality. He would comply with the constitutional court’s recent decision to decriminalize abortion, and his platform includes wording supportive of the LGBTQ+ community. Same-sex marriage in Colombia is legal.

Hernández: The former mayor has stated that he agrees with the recent ruling that made abortion legal in Colombia. He also supports same-sex marriage and adoption for same-sex couples.