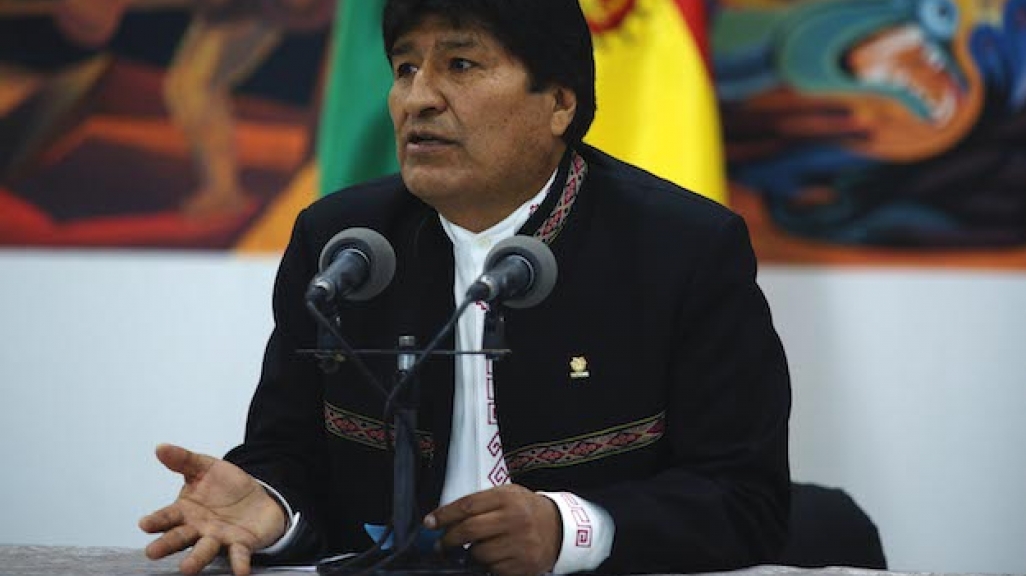 Explainer: A Look at Reelection in the Americas

As Bolivia’s Evo Morales eyes a fourth consecutive term, we look at other places in the Americas where the topic of reelection has made waves in recent years.

Given a history of authoritarian regimes, the topic of reelection is a fraught one in Latin America. Six countries—Bolivia, Colombia, Ecuador, Honduras, Nicaragua, and Paraguay—have taken up the issue of reelection in the last three years, with varying results. Of note: many countries in the hemisphere, including Chile, Costa Rica, Peru, and Uruguay, allow reelection, provided the terms are not back to back, while countries like Argentina and Brazil do allow for the president to serve two consecutive terms and then return after at least one other administration. Guatemala, Mexico, and Paraguay, meanwhile, allow no reelection whatsoever. The most recent development came in Bolivia, where a recent ruling opens up the door for the hemisphere’s current longest-serving head of state to hold office for 19 years.

On November 28, Bolivia’s Constitutional Court ruled that term limits are “a means of exclusion [and] restriction” on human rights and therefore unconstitutional, clearing the way for President Evo Morales to run for a fourth consecutive, five-year term in 2019 presidential elections. In their ruling, judges based their decision on the American Convention on Human Rights, which is enforced by the Organization of American States (OAS). OAS Secretary General Luis Almagro was quick to reject that argument.

The decision, which also allows all former officials from the municipal to the national level to run again in elections, overturned a February 2016 referendum in which voters rejected indefinite reelection for President Evo Morales by a margin of 51.3 percent to 48.7. It took Morales a few days after the vote to say he’d respect the results of the referendum and he conceded only after protests against him erupted throughout the country. But, in the months following, both he and his party indicated they intended to find a way for him to run.

November wasn’t the first time the Constitutional Court ruled to extend Morales’ mandate: In 2013, the Court ruled that, because the country “refounded” itself with a new Constitution in 2009, Morales’ first term, which began in 2006, did not count under the document’s two-term limit. Morales is currently the most senior head of state in the Americas, and Bolivia’s longest-serving president since the country’s modern founding in 1825. The stability is notable in the landlocked country, which suffered close to 200 coups over the course of its history. Working in Morales’ favor is the fact that the opposition has not been able to mount a serious challenge to him during his decade in office. Morales won his last election in 2014 with 61 percent of the vote.

Ecuador (2017): New president bets big on keeping old one out.

The country’s Congress approved presidential reelection in December 2015, but it came with a catch: in order to win opposition support, then-President Rafael Correa promised not to run for a fourth consecutive term in 2017 elections. Like Morales, his first term was vacated when the country approved a new Constitution, and he subsequently won two more terms. He’s made no secret about wanting to run again in 2021, but is running up against one formidable foe: his successor and former vice president, Lenín Moreno, who’s been openly sparring with Correa since taking office.

On November 29, Moreno submitted two decrees to the National Electoral Council calling for a nationwide referendum on the issue. Moreno is also betting big on popular support, given that his political base is crumbling: his own party (founded originally by Correa) kicked him out in early November after he announced his proposal for the referendum.

Moreno’s approval ratings stood in the 70-percent range in September when he hit the 100-days mark of his term, due in no small part to a zero-tolerance approach on corruption. The Council has until December 14 to convoke the vote, and then another 60 days to organize it.

On March 31, protestors stormed Congress in Asunción and set fire to the building after senators supportive of President Horacio Cartes held a special closed-door session in which they voted to approve a constitutional amendment to allow reelection beyond the current single, five-year term limit. One protestor was killed by police, and several politicians, police officers, and journalists were injured in the unrest. The topic of reelection is a touchy one in the landlocked nation, which was under dictatorship for decades until 1989, and Congress shut down the measure just one year earlier.

Less than three weeks later, saying he was inspired by Pope Francis, Cartes abandoned the idea of reelection and said he would not run in 2018. Incidentally, Cartes had the support of a rival from across the aisle: ex-President-turned-Senator Fernando Lugo, who also harbors aspirations to a second term, after his original term was cut short when the Senate removed him from office in 2012.

On April 26, the lower house of Congress rejected the Senate-approved amendment.

Though the topic of reelection got one president deposed just eight years ago, President Juan Orlando Hernández ran for reelection in the highly disputed November 26, 2017, election.

In 2009, when President Manuel Zelaya made moves to amend the Constitution, it unsettled the country’s conservative elites, who were concerned he’d seek reelection and were wary of his proximity to Hugo Chávez in Venezuela at the time. In a dramatic sequence of events, Zelaya was forced from his home into his pajamas in the wee hours of the morning onto a plane bound for Costa Rica. He eventually snuck back into the country in the trunk of a car and holed himself up in the Brazilian embassy. Negotiations later allowed him to remain in the country legally but he had to pledge to give up his quest for a second term.

Fast-forward to 2015, when former President Rafael Callejas (1990–1994) successfully petitioned the Supreme Court that term limits were a violation of his human rights. The ruling striking term limits opened the door for Hernández, at the time two years into his first term, to run in this year’s race. But winning the second term hasn’t gone smoothly for him, as disputes over election returns have paralyzed the country amid political and social gridlock. Of note, even if Zelaya can’t run again, he remains a figure in Honduras’ polarized politics and his wife, Xiomara Castro, is up to be vice president on the ticket of opposition candidate Salvador Nasralla.

Colombians flirted with reelection, but ultimately decided it wasn’t for them. After more than a century of presidents serving no more than a single, four-year term, the country’s Congress first approved reelection in 2005 during the first term of Álvaro Uribe (2002–2010), who went on to win a second. The issue became controversial, however, in 2008 when a lawmaker—upon whose vote the measure’s passage hinged— testified that Uribe supporters had bought her vote. (She later was convicted of bribery and served time under house arrest.) Still, there was an effort to amend the Constitution via referendum to get Uribe on the ballot for a third time in 2010, but, three months before the general elections, the country’s Constitutional Court blocked the measure. Uribe’s successor, Juan Manuel Santos (2011–) made it a campaign promise of his second term that he would push for the reelection amendment to be stricken. The day after winning reelection in 2014, Santos put the reform to Congress, where it passed the following year, ending reelection. The topic can only come up again via a popular referendum or a constituent assembly.

Nicaragua’s National Assembly passed a constitutional reform allowing for indefinite presidential elections for five-year terms in January 2014, doing away with a two-term limit. The measure allowed President Daniel Ortega to stand in for a third consecutive term in 2016, which he won handily. It wasn’t the first time Ortega got into office with the help of the courts: his second term was also made possible after an overturned ban on reelection. Prior to that, Ortega had run in every election since the end of the Somoza dictatorship in 1979 (whose overthrow Ortega took part in), and after leading the country in the 1980s, didn’t win a presidential election again until 2006 after Congress passed a constitutional amendment to lower the threshold to 40 percent of votes, or 35 percent with a 5-point margin, needed to win a presidential election.