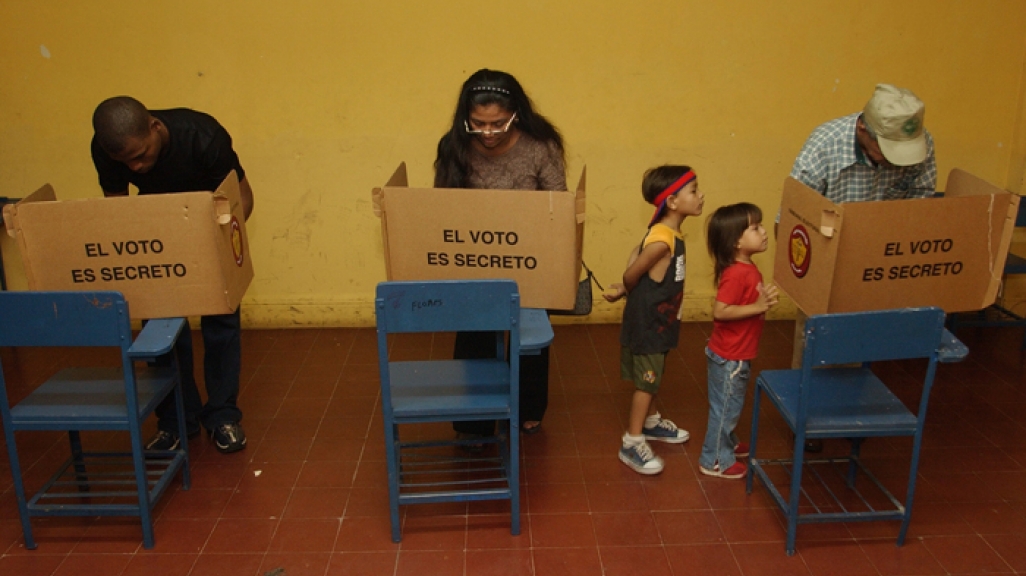 On April 23, the Supreme Court of Honduras unanimously struck down the Constitution’s Article 239, which bans presidential reelection. This despite the 2009 ousting of then-President Manuel Zelaya to allegedly prevent him from doing precisely the same thing: changing the Constitution to allow reelection. The ruling would allow President Juan Orlando Hernández to run again in 2017, though he has yet to announce his intentions.

Chile: This South American country’s Article 25 of the Constitution allows presidents to run for unlimited, non-consecutive four-year terms. This rule allowed President Michelle Bachelet to return to office in 2014 after her first term that began in 2006. In December 2014, representatives from the New Majority party submitted a bill to Congress that would allow for consecutive reelection with a two-term limit.

Costa Rica: The Constitution permits non-consecutive reelection of four-year terms for the country’s head of state. Presidents must be out of office for two terms before they can be reelected. The country’s constitutional court made this change in 2003. In 2013, the Citizens’ Action Party introduced a bill to eliminate presidential reelection.

Dominican Republic: The 2010 Constitution allows for two, non-consecutive four-year terms. Until 1994, presidents could run for unlimited, consecutive terms. A constitutional reform in 2002 permitted just one consecutive reelection—but this was changed in the 2010 Constitution. On April 20, the ruling Dominican Liberation Party announced it would draft a bill to allow for two consecutive presidential terms, going back to the 2002 model.

Uruguay: This country’s Constitution allows for unlimited, but non-consecutive five-year terms. This rule allowed President Tabaré Vázquez to return to office this year.

Argentina: The Constitution allows for consecutive reelection for two four-year terms. Presidents may run again but must wait four years before entering office. President Cristina Fernández de Kirchner will have served two terms when she steps down in December.

Bolivia: This country’s Constitution allows for two consecutive, five-year terms. However, in 2013 the Supreme Court ruled that President Evo Morales could run for a third term, which he began this year. The justices said that because a new Constitution went into effect after Morales’ first term, he could run a third time.

Brazil: The Brazilian Constitution permits presidents to serve two consecutive, four-year terms; President Dilma Rousseff is currently in her second term. Presidents may run again, but must wait a four-year period before doing so. This means former President Luiz Inácio Lula da Silva could run again in 2018, and several media reports say he’s already preparing. However, Congress is debating political reform, which gained steam in the wake of the country’s mass 2013 protests, and a majority of the Chamber of Deputies commission currently debating the reform wants to end presidential reelection.

Colombia: This Andean country’s Constitution currently limits the president to two consecutive, four-year terms. A change took place after former President Álvaro Uribe pushed for the reform, which passed in 2004 and allowed for his reelection in 2006. But in September 2014, President Juan Manuel Santos—now in his second term—submitted a bill to Congress to end presidential reelection. On April 27, the Senate approved the bill in the sixth of eight debates. With Santos supporting the legislation, it must clear the hurdles of passing both houses of Congress.

Cuba: The country’s Constitution allows for indefinite reelection. President Raúl Castro is serving his second term, though he has indicated he plans to step down in 2018.

Nicaragua: In January 2014, Nicaragua’s National Assembly passed a constitutional reform allowing for indefinite presidential elections for five-year terms. The change will allow President Daniel Ortega to run for a third term in 2016. Previously, there was a two-term limit.

Venezuela: In 2009, the late President Hugo Chávez successfully passed a referendum eliminating presidential term limits. Terms last six years. Previously, the 1999 Constitution dictated that a president could only be reelected once for a consecutive term.

Which Countries Do Not Allow Reelection?

Like Honduras before this month’s Supreme Court ruling, three other countries forbid presidents to run for a second term.

Guatemala: This Central American country prohibits presidents from running for a second four-year term in Article 187 of the Constitution. In April 2014, President Otto Pérez Molina suggested the country should debate allowing presidential reelection, but said he didn’t want to lead the charge or be the one to introduce legislation.

Paraguay: The Constitution’s Article 229 says presidents may hold only a single five-year term. But since 2014, political parties on both the left and right began debating whether to change the law, which would allow President Horacio Cartes and former President Fernando Lugo to run in 2018. Cartes says he’s not interested, reports EFE.