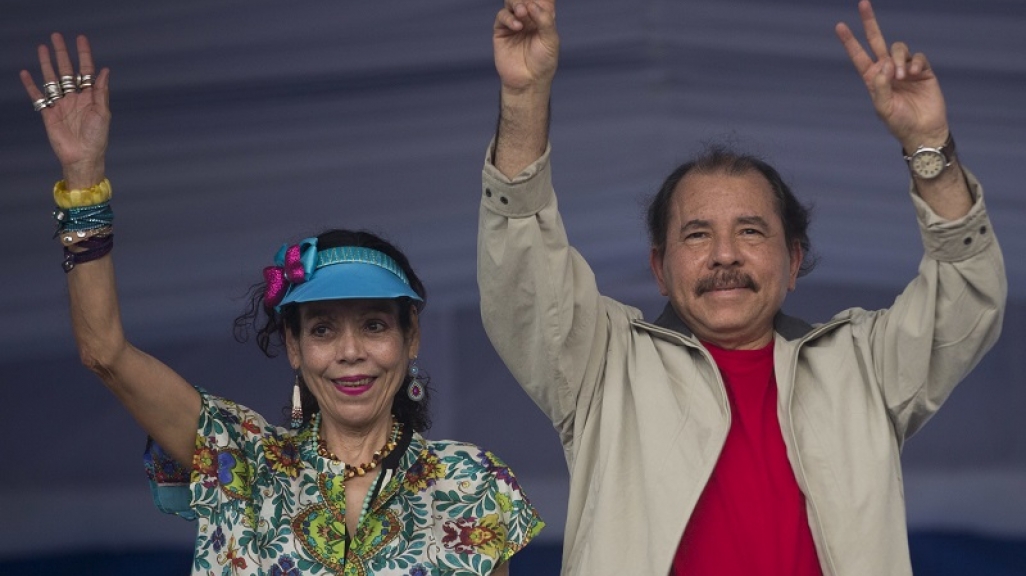 Update: Five Things to Know ahead of Nicaragua's General Elections

Recent moves by Daniel Ortega have the opposition and observers crying foul, though the Sandinista president remains popular.

On November 6, more than 3 million Nicaraguans will go to the polls to elect a president and vice president, 92 congresspeople, and mayors and city councilmembers in the country’s 153 municipal districts. But all eyes are on the presidential race right now, where incumbent President Daniel Ortega is set to be the lone major-party candidate on the ballot. A string of political rulings this year has opposition lawmakers decrying the upcoming vote an “electoral farce,” and observers saying he is ironically setting up a dynasty similar to the one he helped overthrow as a young Sandinista rebel.

1. Ortega named his wife as his running mate.

On August 2, Ortega named his wife, Rosario Murillo, to fill the vice president slot on the ticket of his Sandinista National Liberation Front (FSLN) party. Murillo has a high profile and formidable national presence, making regular, colorful TV appearances where she discusses politics as both an administration spokesperson and de facto cabinet chief, as well as New Age spiritualism.

Article 147 of the Nicaraguan Constitution bars those related to the president either by blood or affinity from being a candidate for president or vice president, but lawmakers differ over the definition of the affinity relationship. Supporters of Murillo’s candidacy say the affinity relationship applies to the spouse’s blood relatives but not the spouse herself, a distinction the opposition calls illogical. Murillo credited the Sandinista revolution for opening the doors to her candidacy as a woman.

2. Ortega can run in these elections thanks to a string of rulings in his favor.

Ortega, 70, and Murillo, 65, both took part in the Sandinista revolution that overthrew the Somoza dictatorship in 1979. Ortega led the country throughout the 1980s, first as the head of the governing Sandinista junta before being elected president in 1984. He’s run in every presidential election since then, losing three times in a row before regaining the presidency, with help from a string of rulings in his favor each time. An FSLN party deal led to a 2000 constitutional amendment that lowered the threshold a candidate needs to win outright (and avoid a runoff) from 45 percent of votes down to 40 percent—or 35 percent with a 5-point margin.  Ortega won the 2006 elections with 38 percent of the vote to the runner-up’s 29 percent. A 2009 Supreme Court decision, decided by an all-Sandinista panel, cleared the way for him to run for a second consecutive term in 2011, an election he won with 63 percent of the vote.  Then in 2014, a Sandinista supermajority legislature approved a constitutional change allowing for indefinite presidential reelection—and for Ortega to run for his third consecutive term—nixing the previous two-term limit.

3. With the opposition out, Ortega stands alone.

Even without the constitutional politicking, Ortega wouldn’t face much of a challenge: all the major-party opposition candidates were disqualified or withdrew from the presidential race this summer in protest, after a series of controversial rulings by the courts weakened opposition parties.

On June 8, the Supreme Court removed opposition lawmaker—and Ortega’s 2006 presidential challenger—Eduardo Montealegre from the leadership of the Independent Liberal Party (PLI), the most prominent party in the main opposition coalition, and replaced him with a man the opposition says is an Ortega acolyte with little political experience. When people went to the street to protest the decision against Montealegre, the court, which observers say has no judicial independence from the executive, issued a press release on June 15, saying protestors were fomenting violence and disorder. Days later on June 17, the court disqualified all candidates from the coalition, including its presidential one and Ortega’s main challenger, from running in November. Other opposition candidates resigned in protest, leaving Ortega as the lone major-party candidate in the race. Ostensibly rulings to resolve an intra-party dispute, opposition leaders said the court was trying to cut down the party and promote a one-party (FSLN) system, a charge magistrates said was “ridiculous.”

On July 29, the Supreme Electoral Council went a step further and removed 28 opposition legislators (16 elected officials, plus 12 alternates) for refusing to recognize Montealegre’s replacement at the helm of the PLI. Montealegre and other lawmakers have called the judiciary’s rulings a “coup” against the opposition. A January roll call sheet listed 62 members of the FSLN in the 92-seat unicameral National Assembly, and 23 from the PLI, plus a handful of unaffiliated congresspersons.

Human Rights Foundation called for the Organization of American States to invoke the Democratic Charter against Ortega, saying that, after Venezuela, Nicaragua should be at the top of Secretary General Luis Almagro’s list of priorities. On August 1, the U.S. State Department issued a statement saying the moves had Washington “deeply concerned” about the democracy of the November elections, although the embassy in Managua made no statements regarding the events.

Issuing statements is about as much as international groups can do right now: Ortega said he won’t be inviting international observers to monitor the vote. “Let them go observe other countries,” he said on June 5.

That said, domestic and international outcry have not tarnished the president’s sterling public perception. In an M&R poll taken at the end of June, two weeks after opposition figures dropped out of the race, Ortega led with support from more than 80 percent of likely voters. Sixty percent of Nicaraguans support the FSLN, per the poll, with 5 percent backing the opposition and 35 percent uncommitted. Ortega enjoys one of the highest approval ratings among Latin American heads of state; Murillo also has an approval rating of over 80 percent.  Just over 70 percent say the economy is the country’s biggest issue. The International Monetary Fund projects the Central American country’s economy to grow 4.5 percent in 2016 and 4.3 in 2017.

Nicki Fleischner contributed to this report.