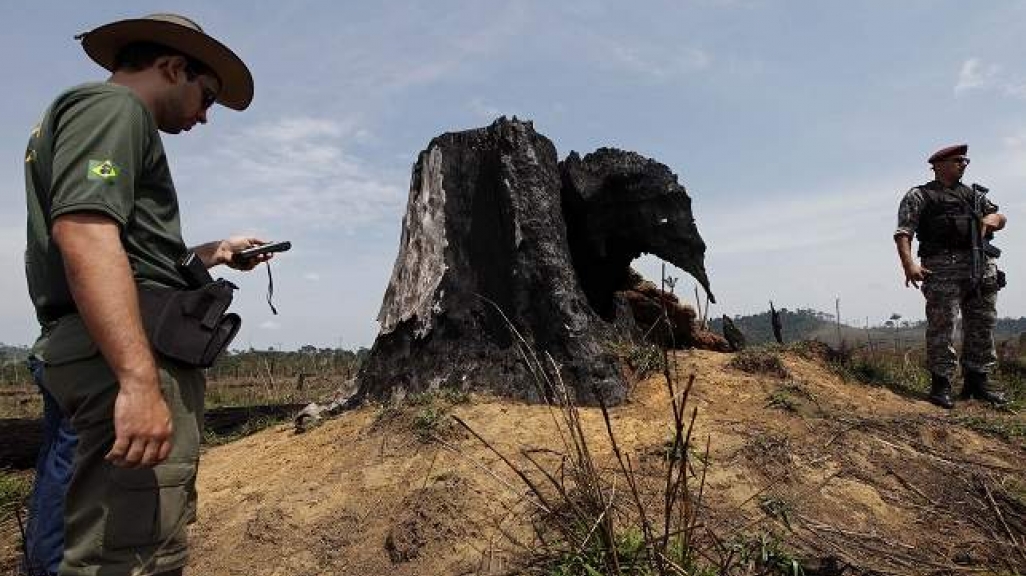 An environmental agent looks at a GPS device on an illegally deforested farm in Brazil (AP).

Explainer: Bolsonaro, Brazil, and the Environment

Is Brazil’s environment in danger under Jair Bolsonaro?

In the days leading up to Brazil’s October 28 presidential runoff and the aftermath of Jair Bolsonaro’s victory, many observers predicted the new administration would usher in a rise in violence and an erosion of democratic norms.

But the country’s environmental policy could also suffer. As a candidate, Bolsonaro said he would pull Brazil out of the Paris Agreement, halt attempts to protect indigenous lands, and combine the Ministries of Agriculture and the Environment. And his pick for foreign minister considers climate change a Marxist plot.

Preserving the Amazon rainforest has increasingly urgent implications beyond Brazil’s borders. With the October 8 release of a UN report stating the world must undergo an “unprecedented” transformation by 2030 to limit global warming and reduce the likelihood of “long-lasting or irreversible changes,” the international community is eying whether Bolsonaro follows through on his declarations.

We look at the state of Brazil’s environment and how the scene could change under Bolsonaro.

Nearly 60 percent of Brazil is covered in the Amazon, whose 2.1 million square miles represent a third of all rainforest acreage throughout the world. The region is the most biodiverse on Earth, home to 2.5 million insect species, 40,000 plants, 1,300 birds, more than 400 mammals, and more than 450 reptile species. Additionally, 24 million people live in Brazil’s rainforest, including 450,000 indigenous people on protected reserves.

The majority of the Amazon—sometimes called “the Earth’s lungs” because it stores 150 to 200 billion tons of carbon dioxide (CO2) from around the world—lies within Brazil.

From 1970 to 2004—before the country began to monitor the area via satellite imaging—the Brazilian Amazon lost 16 percent of its tree coverage to deforestation at an average of 7,600 square miles per year. Thanks to the monitoring, improved law enforcement, and other factors over the next eight years, 2012 saw only 1,770 square miles of deforestation, a historic low.

In ratifying the Paris Agreement in September 2016, Brazil pledged to reduce emissions 37 percent by 2025 and 43 percent by 2030 (based off the 2.1 billion tons the country emitted in 2005). Brazil also said it would end illegal deforestation and restore approximately 46,300 square miles of forest by 2030. In 2018, the country announced it had reached a 27 percent reduction in emissions, meeting a voluntary target to cut 564 million tons of CO2 emissions in the Amazon and 104 million tons in the Cerrado savanna two years ahead of schedule.

But deforestation has nonetheless climbed since 2012. According to Brazil’s National Institute for Space Research (INPE), rates jumped 24 percent in 2015 and 27 percent in 2016, before dipping 12 percent the following year. Though preliminary government data for 2018 is not yet available, Imazon, a Brazilian NGO, reports rising deforestation, with 545 square miles of forest cleared in August alone.

The land indigenous populations inhabit is particularly vulnerable. President Michel Temer has rolled back protections for these territories, which make up 21 percent of Brazil’s Amazon, and created new paperwork requirements for indigenous people to claim the right to their lands, while permitting new infrastructure projects on lands titled to indigenous groups without prior consultation.

Bolsonaro, for his part, has made no secret of his desire to extract resources from protected indigenous lands. “Where there is indigenous land, there is a wealth beneath it,” he said in April 2017, as he pledged to revoke all of Brazil’s indigenous-held land titles. With an estimated 36 percent more carbon per hectare than other areas of Brazil’s Amazon, the destruction of healthy indigenous community forests would not only displace the land’s inhabitants but further accelerate the release of emissions.

Bolsonaro has also targeted government agencies charged with protecting the Amazon. While a member of Brazil’s Chamber of Deputies, he introduced a bill in 2013 to disarm—literally—agents of two agencies within the Environment Ministry, after the agencies fined him about $5,000 for illegally fishing. He eventually withdrew the bill because it went against his support for gun ownership. But he hasn’t exactly moved on. On October 9, 2018, Nabhan Garcia, the Bolsonaro campaign’s agriculture adviser, said the administration would relax fines for those who break laws in the Amazon, and in a Facebook Live event that month, Bolsonaro accused those two agencies of being part of a “fines industry” that he would end.

Brazil’s agribusiness lobby has a role to play as well. The sector is responsible for 42 percent of the country’s exports, chief among them, sugar, orange juice, chicken, coffee, soybeans, and beef. Its interests are represented in Brazil’s Congress by the powerful ruralistas, who—along with Evangelical and security-minded politicians aligned with Bolsonaro—make up the so-called “Beef, Bullets, and Bible” caucus. When Temer removed the protected status of 17,375 square miles by decree in 2017, it was seen as an appeal to the ruralistas for congressional support amid corruption charges.

On November 1, Bolsonaro backed off his proposal to merge the Environment and Agriculture Ministries, but said he would not allow a “radical environmentalist” to head the former. This still leaves the door open for someone affiliated with the ruralistas to oversee environmental policy, removing protections from indigenous land designations and conservation units that stand in the way of the bloc’s goal to develop the land.

In July 2018, Bolsonaro indicated he would follow U.S. President Donald Trump’s lead and pull Brazil from the Paris Agreement. But on October 25, Bolsonaro shifted course and said he would keep the country in the Paris Agreement if he received guarantees that the UN and native tribes would not infringe on the government’s autonomy over the so-called “Triple A” region, a stretch of land running from the Andes to the Atlantic and through the Amazon.

“Let’s put on paper that the 'Triple A' isn’t in play and neither is the independence of any indigenous land,” said Bolsonaro. “And I’ll uphold the Paris Agreement.” 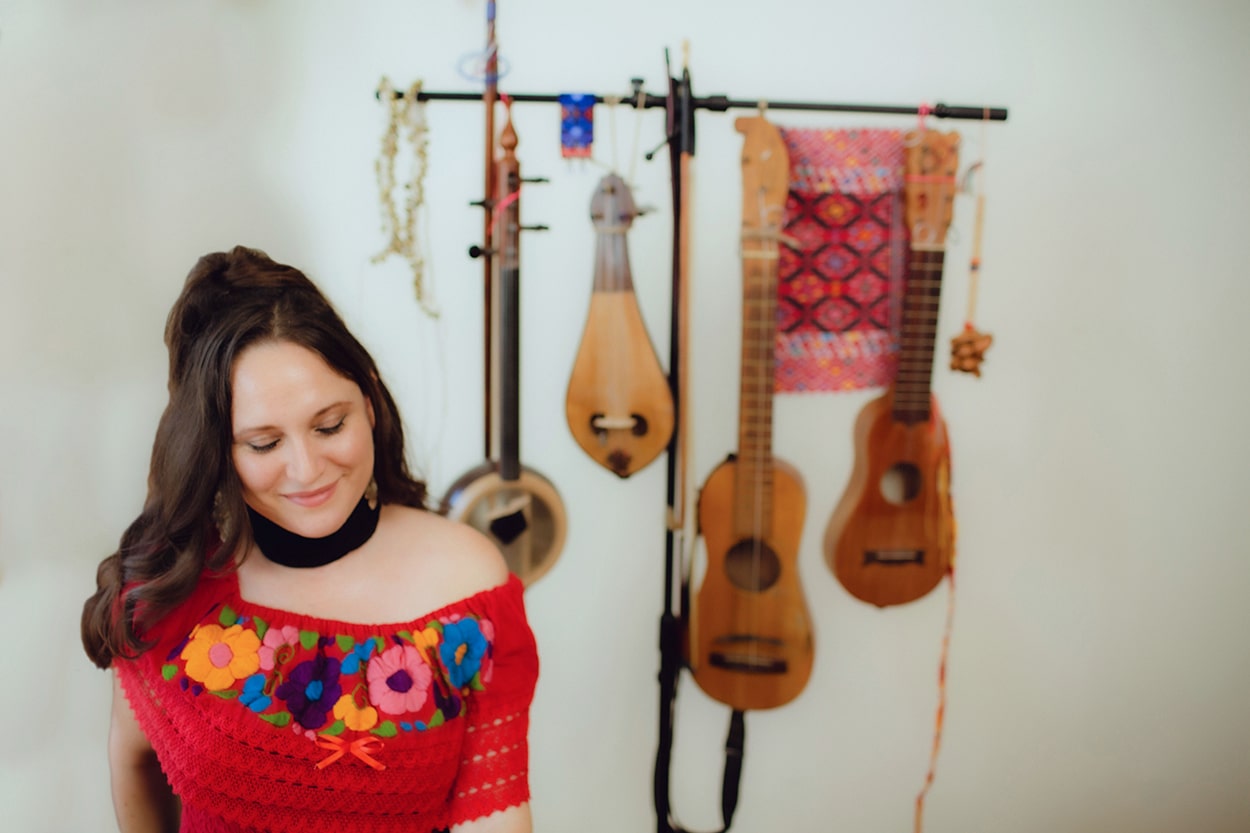