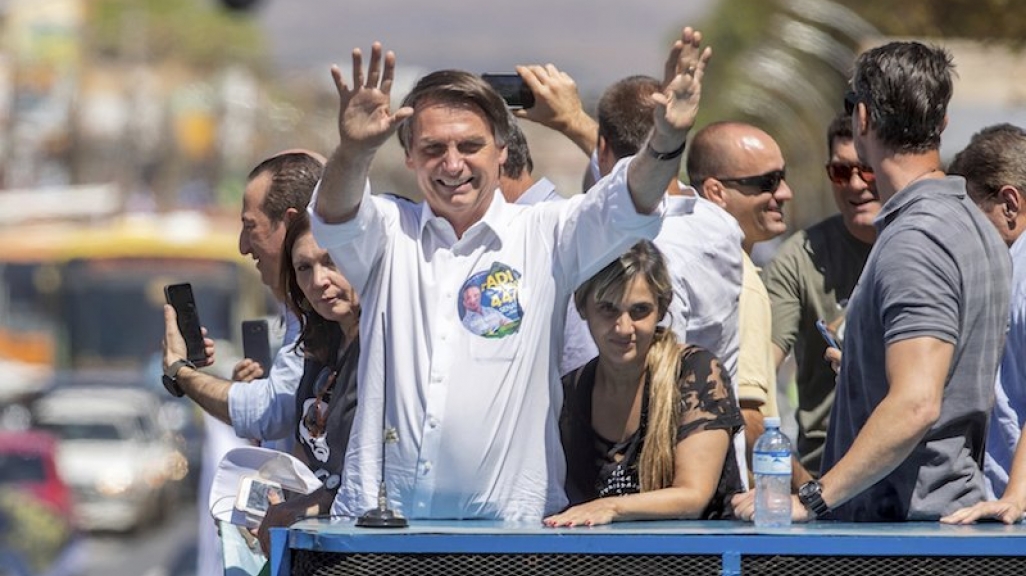 LatAm in Focus: What a Bolsonaro Win Means for Brazil's Economy

On October 28, Brazil broke its streak of electing candidates from the Worker’s Party. With 55 percent of the vote, Jair Bolsonaro of the Social Liberal Party (PSL) beat the left’s Fernando Haddad. The victor’s bigoted comments and nostalgia for Brazil’s era of military rule have sparked concerns about the future scenario for human rights and democracy. But the former army captain won following years of difficult economic woes, corruption scandals, and rising violence.

And his comparatively market-friendly agenda had Brazil’s Bovespa marking a new record the morning after Bolsonaro’s victory, which brings the country’s benchmark stock index to a 12 percent increase for the month of October. Despite a legislative record of supporting state control of the economy during his 27 years in Congress, Bolsonaro, tapped Chicago-trained economist Paulo Guedes to be his finance minister. Guedes is an investment banker and founder of private equity firm BR Investimentos in Rio de Janeiro.

“[Guedes’] policies are of a liberal set of mind, which is something that we have not experienced in Brazil since 2002,” financial markets analyst Emy Shayo tells AS/COA Online’s Elizabeth Gonzalez. “It is a change in route in the Brazilian economy that is much appreciated, considering that we have been in a recession for a very long time.”

In this podcast, Shayo, the head of equity strategy for both Latin America and Brazil at J.P. Morgan, discusses the top problems a Bolsonaro administration is expected to address when he takes office in January. First and foremost is fiscal consolidation, says Shayo. Brazil has the largest deficit of any emerging market at about 7 percent of GDP, and a debt-to-GDP ratio of 75 percent. To bring down the public debt, Guedes has proposed widespread privatization of public Brazilian companies, which, even if partial, as Bolsonaro suggests, is enticing to markets worldwide. Shayo highlights that the crown jewels—Banco do Brasil, Electrobras, and Petrobras—will not be fully privatized and instead will likely divest non-core assets. Still, there are over 100 state-owned companies “that cost a lot and don’t generate a public benefit,” says Shayo, and these could be either deactivated or sold.

Reforming a pension system that currently gobbles up some 50 percent of the country’s public spending is another critical agenda item to maintain investor confidence in the country. Key components of the reform should include raising the minimum age of retirement—now 65 for men and 60 for women—as well as applying the same rules to all sectors of society, military and civil servants included, she notes. Guedes has proposed switching to a capitalization system similar to that of neighboring country Chile, in which workers contribute to their own pension savings rather than paying for current retirees. Bolsonaro promised that reforming the current system is at the top of his priority list, although it will require a constitutional amendment.