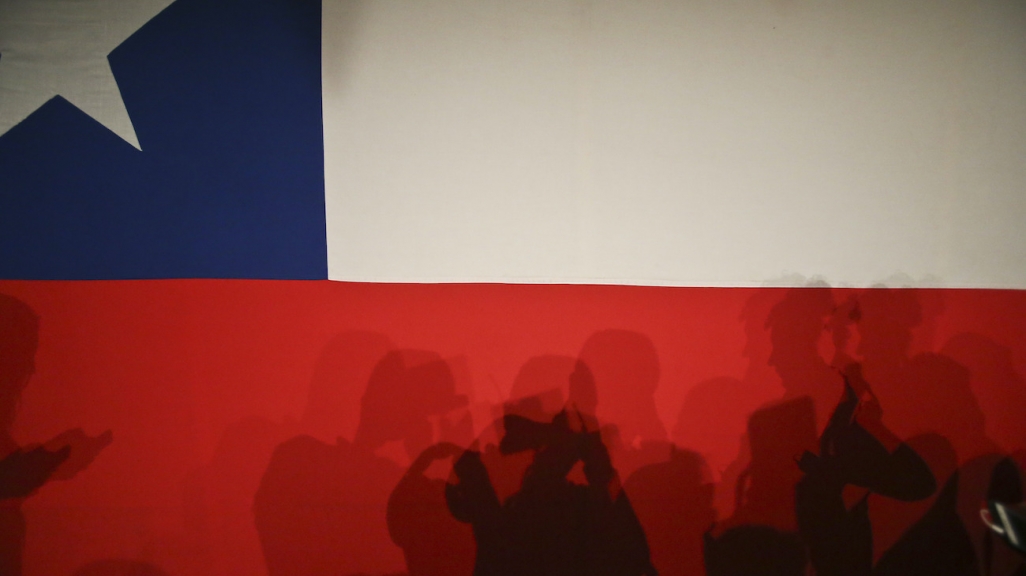 What happens next? A shifting Congress

The two polar-opposite candidates will try to woo voters from the center ahead of the December 19 second-round vote.

Updated November 29 — When it comes to the first-round winners, the polls got it right. On November 21, Chileans sent the two presidential candidates at the top of surveys into the runoff: the right-wing hardliner José Antonio Kast, who got 27.9 percent of the vote on Sunday, and the left-wing Gabriel Boric, who picked up 25.8 percent of the vote, with 99.9 percent of precincts reporting.

The biggest surprise in the presidential race wasn’t the top two placements, but rather how the also-rans played out. Wild card Franco Parisi edged out the right-wing governing coalition’s Sebastián Sichel by less than a thousand votes to claim third place with 12.8 percent of the vote—despite having carried out his entire campaign from Birmingham, Alabama. Per media reports, Parisi owes $249,000 in child support and alimony, and a family court in Santiago has an outstanding order that would prevent him from leaving Chile if he were to return. (Parisi denies this is the reason why he hasn’t set foot in Chile since 2020.) Center-left Senator Yasna Provoste came in fifth with 11.6 percent, Marco Enríquez-Ominami was sixth with 7.6 percent, and far-left Eduardo Artés landed last with 1.5 percent.

Kast and Boric now have four weeks to woo voters from the center in order to nab a win in the December 19 runoff. The next president will be inaugurated on March 11, 2022. If Boric wins, he would become the youngest president in Chile’s history at 36 years and 28 days upon taking office.

Polling from the before first round shows the head-to-head between the far-right ex-congressman and former student protest leader will be closely contested. For one, it’s not a given that Sichel and Provoste’s supporters will go, respectively, to Kast and Boric. Another huge question is what the almost 900,000 Parisi voters will end up doing in the second round. Parisi’s voters are by some measures closer to Kast’s, as they are most concerned with illegal immigration and disenchanted with the traditional political establishment. But by another metric, there was a positive correlation between his supporters and those who voted in favor of a new constitution, which Kast opposes, albeit not as strong as with Boric supporters. The constitution is one artifact of the Pinochet era that hangs over this election. "If Chile was the birthplace of neoliberalism, it will also be its grave,” Boric, a current deputy, said of the free-market economic system set in place during the dictatorship. Meanwhile, Kast called the 1973 coup that installed Pinochet a day Chileans “chose liberty,” hired the general’s great-niece to be his campaign spokesperson, and has pushed back on labeling him a dictator. Implementation of the new constitution—the ratification of which Chileans are expected to vote on in mid-2022—will be a key issue for the incoming president and legislature.

We look at top candidates’ stances on immigration, inflation, pensions, and more.

Whoever wins will have to summon all his negotiating skills to shore up legislative alliances and forge the majorities needed to pass legislation in the incoming divided Congress. Mimicking the presidential race, the traditional center coalitions on both sides ceded seats to parties that lie farther down both ends of the political spectrum.

In the 2022–2026 legislative session, the right-wing coalition Chile Podemos Más (formerly Chile Vamos) will hold 24 Senate seats, in addition to one Republican Party senator who’ll caucus with them, meaning they’ll control of exactly half of the 50 seats. The left-wing opposition, meanwhile, will hold 22 seats and has one more senator caucusing with them. Within that coalition, the incoming session will feature two senators elected from the Communist Party for the first time since the 1973 coup.

In addition, two senators—Fabiola Campillai from Santiago and Karim Bianchi from Magallanes—are independents. Campillai, 38, was blinded by a tear gas canister as she walked to work during protests two years ago. Bianchi, also 38, is moving up from the Chamber of Deputies, to which he was elected in 2018 on the ticket for a minor center-left party.

In the lower house, the left will have more seats than the right, though Congress will be fragmented as the coalitions work to maintain what are in some cases tenuous alliances. As in the presidential race, those on the left and the right will be angling for the votes of the six deputies Parisi brought into the lower house on his Party of the People ticket.

Female legislators made gains in the Chamber of Deputies, with women increasing their caucus from 35 to 55 members—about a third of the seats in the incoming session. Women’s share of Senate seats will remain the same at about one quarter.