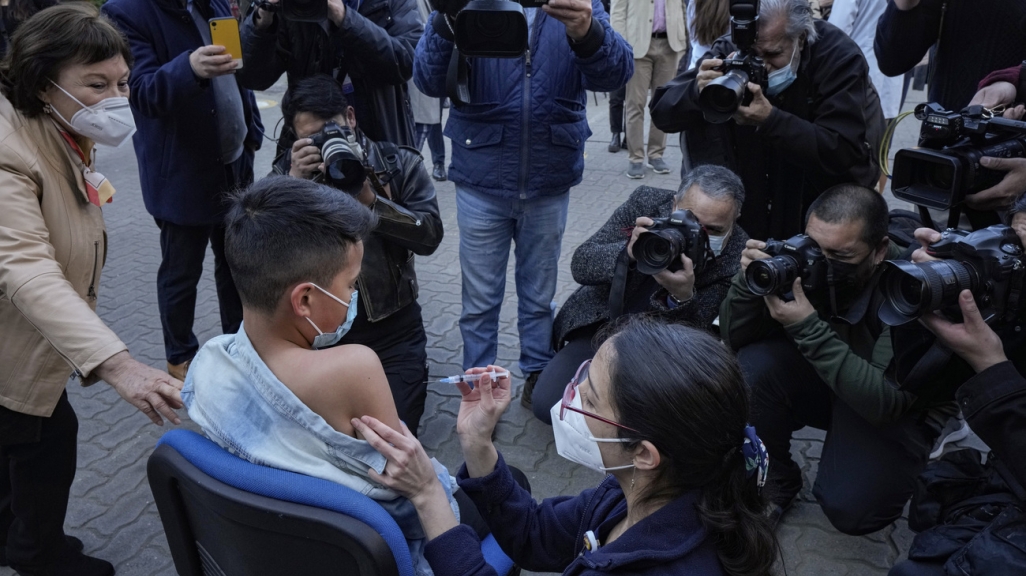 Photographers take pictures of a child receiving a COVID-19 vaccine in Chile. (AP)

This article was originally published on September 29 and has since been updated.

With Latin American countries driving up vaccination rates to some of the highest levels in the world, attention is turning to getting shots to young people, who comprise a majority of the region’s unvaccinated. In Latin America and the Caribbean, 23 percent of the population is under 14, and about 20 percent is between 15 and 29. That means that to mitigate the spread of the disease—and reduce hospitalizations from the Omicron and Delta variants—countries will need to undergo large-scale youth vaccination efforts, especially as asymptomatic or less symptomatic young people are believed to be a major source of contagion.

Youth vaccination is already underway in much of Latin America. Several countries are immunizing children five or older, while others—such as Argentina, Chile, and Colombia—started vaccinating children as young as three. In some cases—such as in Ecuador, Guatemala, and Paraguay—countries are awaiting vaccine supplies to begin implementation. Cuba, Nicaragua, and Venezuela are vaccinating children as young as two, while Chile and Paraguay are giving boosters to citizens under 18.

Meanwhile, Latin American giants Brazil and Mexico, which together account for more than half of the region’s population, are delayed when it comes to opening up vaccination to children.

Anvisa, Brazil’s health regulator, approved the Pfizer vaccine for children ages 5 through 11 in December. The vaccines are slated to arrive in January and will be distributed to each state based on the youth population. Overall, the expansion is estimated to cover about 20 million children. This comes after the country began inoculating those 12 through 17 in September.

The country’s Minister of Health Marcelo Queiroga released a public questionnare on youth vaccination to parents prior to the announcement. The survey was open from December 23 to January 2 with questions asking if children should need a doctor’s prescription or parental consent to receive the vaccine. From the nearly 100,000 survey responses, the majority of participants opposed the requirement for children to have a prescription, though it was uncertain whether the government could enforce such a law in the first place. Many Brazilian state officials said they would not require prescriptions for children to get vaccines even if the federal government mandated them, continuing a pattern of conflict between Brazil’s federal and local governments present throughout the pandemic. For example, São Paulo state had given 72 percent of 12 to 18 year olds a first dose before the federal government even began its own vaccination campaign for that age group.

Anvisa is also analyzing the potential use of CoronaVac on children ages 3 and older with advice from the vaccine’s manufacturer and from experts in Chile, where the pediatric vaccine is already in use.

As of January 11, 67.7 percent of Brazilian citizens were fully vaccinated. As of December 2021, 80 percent of teenagers from 12 through 17 had already received the first dose of the vaccine and, of that portion, 25 percent were fully immunized.

In Mexico the issue of whether to vaccinate children has resulted in legal battles between parents and the government. President Andrés Manuel López Obrador said government health experts didn’t believe it was medically necessary to vaccinate children against the virus, despite the fact that Mexico’s health regulator, Cofepris, approved Pfizer for those 12 and up in late June. As of September, parents had filed at least 262 injunctions for children with comorbidies to receive the vaccine. In October, the Secretary of Health of Mexico City Oliva López Arellano reported that 757 minors from 12 to 17 years old with comorbidities had been vaccinated through legal protections in the capital. Despite the pressure, López Obrador and his government only lowered the age eligibility from 18 to 15 years old on November 19. It maintains the highest minimum age requirement in the region.

While children under 15 remain ineligible, some adolescents in border states have been receiving their vaccinations in the United States through cross-boarder programs. Groups of children in the states of Coahulia and Baja California have been bussed to Texas and California to receive vaccines.

Mexico was the first Latin American country to get a coronavirus shot in an arm back in December 2020, but other countries in the region have since outpaced its vaccination rate. As of January 12, 58.4 percent of Mexico’s total population was fully immunized. 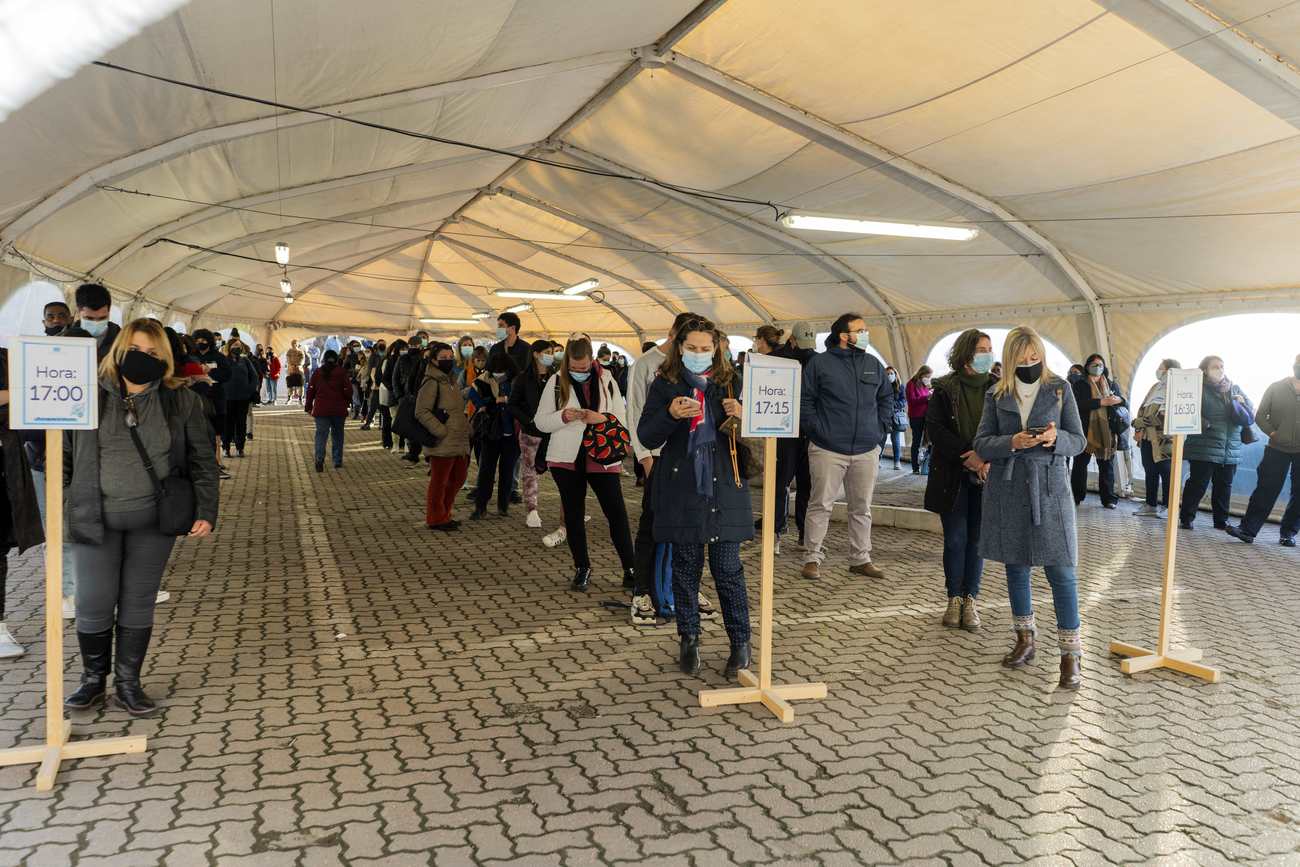 How Latin America Is Faring against Omicron

Even with lower hospitalization rates, Omicron threatens disruption. From tests to shots to restrictions, here’s how the region is handling the latest Covid tsunami.