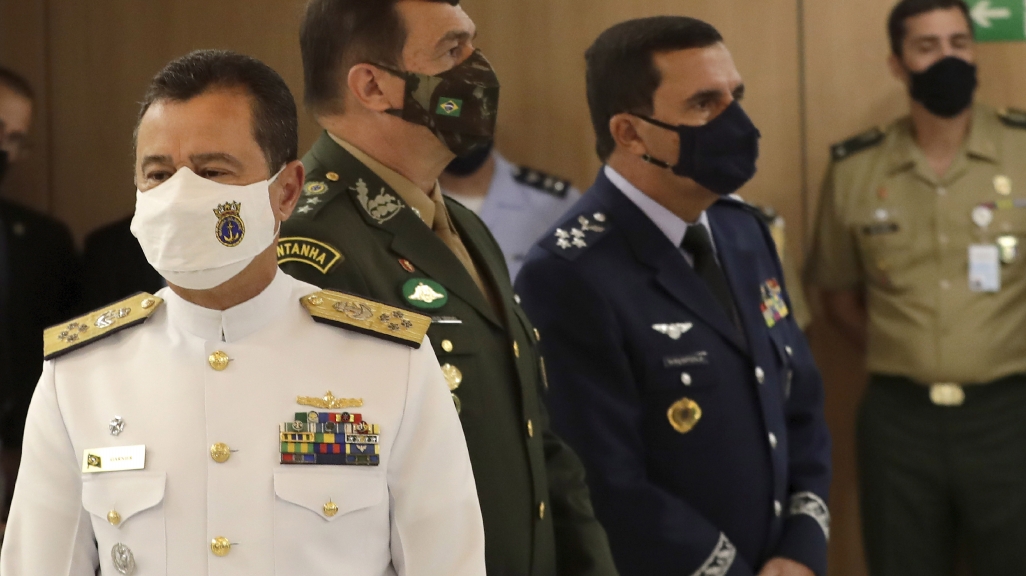 Who's Who in Brazil's Cabinet and Military Reshuffle

In a dramatic game of musical chairs, the country saw ministers and top brass replaced. AS/COA Online looks at who will take over these high-ranking roles.

The pandemic is battering Brazil, delivering tragically high death counts, overwhelming hospitals, and, this week, sparking political turbulence. On March 29, President Jair Bolsonaro replaced more than a quarter of his cabinet when he swapped out six of 22 ministers, including in the key ministries of foreign relations, defense, and justice. Following this reshuffle, the government revealed on March 30 that the heads of the Army, Air Force, and the Navy had also exited their posts. Replacements were named a day later.

Context for the reorganization

In spite of delivering emergency aid to vulnerable Brazilians, Bolsonaro finds himself embattled, facing impeachment calls from the opposition and increased pressure to control the coronavirus outbreak.

On March 22, more than 200 business leaders, economists, former government officials, and bankers published a letter that called on the president to stop ignoring science and acknowledge the “false dilemma between saving lives and guaranteeing the wellbeing of vulnerable populations.” The letter also attributed the lack of vaccines not to cost or supply issues but to the government falling short on delivering a clear immunization plan. The federal government has revised its vaccination roll-out calendar five times in March alone, and while Brazil has doled out more vaccine doses than any other country in Latin America, only 2 percent of the population was fully vaccinated as of March 30.

Bolsonaro’s approval has also been slipping, with Datafolha registering a record disapproval since the pandemic began: 54 percent of respondents evaluated the president’s performance as “bad or awful” on March 17. Polls showed former President Luiz Inácio Lula da Silva has resurfaced as a rival ahead of next year’s election, with 41 percent saying they’d back him in a runoff against Bolsonaro, compared to 36 percent for Bolsonaro, per a March 17 PoderData poll. 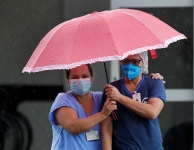 Covid Check-in: Brazil's Hurdles a Year into the Pandemic

Amid a vaccine rollout and the P.1 variant fueling contagion, the government is looking to provide another round of emergency aid.

Who’s who in the reshuffled cabinet

In that context, Bolsonaro closed out March with the largest reshuffle in his administration since taking office on January 2019. From the time of his inauguration, 18 ministers have left their jobs, including former Justice Minister Sergio Moro. The country has had four different health ministers since the pandemic began. This time around, the major cabinet figures to step down were Foreign Affairs Minister Ernesto Araújo, Attorney General José Levi, and Defense Minister Fernando Azevedo e Silva. The other positions receiving replacements include the secretary of the presidency, justice minister, and chief-of-staff.

Foreign Minister: Araújo was the target of criticism from both the private sector and congress for not securing vaccines from U.S. developers, hindering relations with China and India when the countries were about to commit to shipping vaccines, and striking a hard right tone. Another letter signed by over 300 diplomats asked for Araújo’s removal to save Brazil’s image abroad. He voluntarily left office on March 29 claiming he was victim of a conspiracy involving China and 5G interests.

He has been replaced by Ambassador Carlos Alberto Franco França, who has advised the president as a special aide since he took office. França is a lawyer who has worked at Itamaraty, Brazil’s Ministry of Foreign Affairs, since 1991, with past postings in Bolivia, Paraguay, and the United States. He has not headed an embassy and was only promoted to the rank of ambassador recently. He is considered more pragmatic and less combative than Araújo by analysts.

Attorney General and Justice Minister: Unlike Araújo, José Levi resigned over differences with the president, refusing to support Bolsonaro’s request for the Supreme Court to block state-level pandemic lockdown orders. He was replaced by the current Justice Minister André Mendonça, who already served in the role prior to Levi holding the position.

The president named Anderson Torres to replace Mendonça as justice minister. Previously, Torres served as the chief of the federal police, and his appointment to this position was part of what prompted Moro to resign as justice minister in April 2020. Torres is seen as close to Bolsonaro’s sons and could be an impediment to prosecuting the corruption allegations the brothers face.

Defense Minister: Fernando Azevedo e Silva also had disagreements with the president, mainly over the handling of the pandemic. In April 2020, he offered his elbow to Bolsonaro at an event where the president tried to shake his hand. Observers also suggest the break came because Azevedo e Silva did not want the military to be influenced by the president’s political strategy, and the general’s resignation letter referenced the need to preserve the armed forces as a “state institution.” Bolsonaro, a former military captain, has referred to the military as “his.”

Bolsonaro filled the post with his Chief of Staff Walter Souza Braga Netto, a four-star general who headed the military’s security operations in Rio de Janeiro in 2018 during Michel Temer’s government and joined the Bolsonaro’s administration in 2020. Braga Netto’s first remarks after taking office referred to the March 31 anniversary of the 1964 coup as cause for celebration, and he is seen by the military as Bolsonaro’s “soldier.” He will leave his previous position to General Luiz Eduardo Ramos, who passes his cabinet-level post of secretary of the presidency to Flávia Arruda, a first-term representative in the Chamber of Deputies.

An Insecure Bolsonaro Prepares for His Own January 6

Besieged by COVID-19 and a suddenly threatening Congress, Brazil’s president tries to protect himself.

One day after the cabinet reshuffle, Braga Netto held a meeting with the heads of the armed forces—Edson Leal Pujol of the Army, Ilques Barbosa Júnior of the Navy, and Antônio Carlos Bermudez of the Air Force—that resulted in their collective dismissal. The joint departure was unprecedented; it has not happened since the return to democracy 36 years ago. Braga Netto did not give a reason for the exodus, and reports indicate that the officers had their resignation letters ready but the defense minister dismissed them first. It was known that Pujol disagreed with the president’s pandemic handling, and the three military heads had said they would not interfere with governor-mandated, state-level pandemic decrees. In addition, they reportedly backed Azevedo e Silva’s assertion that the military should remain free from political control.

The military reshuffling raised concerns about Bolsonaro’s efforts to exercise control over the military. In damage control mode, Bolsonaro accepted Braga Netto's recommendations and announced on March 31 the new commanders of Brazil's Army, Navy, and Air Force. For the Army and Navy, the defense minister did not follow the tradition of naming the official with the longest tenure.

However, in the case of the Army, he named Paulo Sérgio Nogueira, who gave recent interviews defending the kind of social distancing measures that Bolsonaro has rejected. Moreover, Nogueira is seen as being friendly with Azevedo e Silva. Fleet Admiral Almir Garnier Santos will head the Navy. Prior to his nomination, he was the secretary general at the defense ministry and has worked as a special military aide to former defense ministers Celso Amorim, Jaques Wagner, Aldo Rebelo, and Raul Jungmann. The new head of the Air Force, Lieutenant Brigadier Carlos Almeida Baptista Junior was the head of logistics for the Brazilian Air Force and, of the three, is the official with the longest tenure. He views as articulated on social media are aligned with those of the president.

After a closed-doors ceremony for the three newcomers, Braga Netto said the military will continue to "follow its constitutional duties" and that fighting Covid-19 is the priority at this moment.