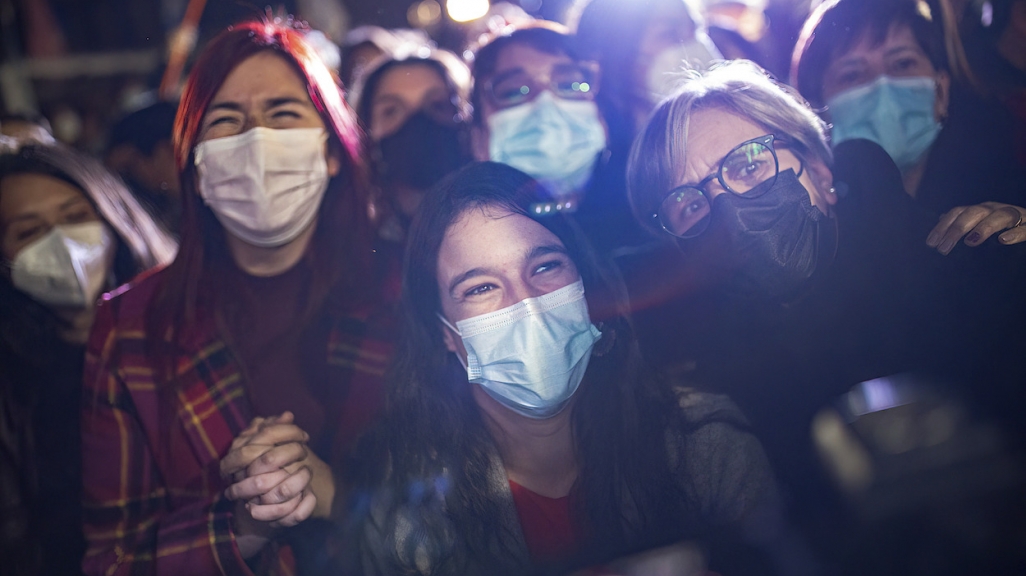 Two young newcomers—Gabriel Boric on the left and Sebastián Sichel on the right—beat out frontrunners to lead their respective coalitions. The presidential vote takes place in November.

From constitutional delegates to governors, a variety of posts have already been voted on in Chile this year. The latest—July 18 primaries—kicked off a whole new series of elections as the country prepares to pick the next president. And, just as Chile’s game-changing 2019 protests caught many off guard, the primary results delivered surprises as well.

With 96 percent of ballots counted and results called, the two youngest candidates on each of the official coalitional primary ballots will compete for the presidency on November 21. Independent candidate Sebastián Sichel will represent the governing center-right Let’s Go Chile coalition, while on the left Gabriel Boric will be the candidate for the Approve Dignity coalition. A runoff will take place on December 19 if no candidate wins majority in the first round. President Sebastián Piñera cannot run again due to restrictions on consecutive terms. The next head of state takes office on March 11, 2022 and will thus be in office while a new constitution is expected to be implemented.

The primaries consisted of two official coalition candidate lists, one comprising presidential contenders for Piñera’s Let’s Go Chile, and another for Approve Dignity. Chileans over 18 were eligible to vote if they were either registered with a party holding a primary or if they were not registered with any party. In the country of 19 million, over 3.1 million people cast ballots, resulting in the highest voter turnout in the history of Chilean primaries. Over 1.34 million people cast ballots in the center-right vote, while 1.75 million participated in the left’s primary.

Still, other hopefuls may formally enter the race for La Moneda despite not having participated in a primary as long as they formalize their candidacy by the August 23 deadline. Other political parties may still nominate a candidate, while independent candidates must gather at least 33,000 signatures to enter the race.

Primary winners: Out with old, in with the new

Both sides of the political spectrum drew surprising results, given that neither Boric nor Sichel was a frontrunner in polls. These young faces beat career politicians and, despite representing two different sides of the political spectrum, are thought to both be proposing more moderate platforms. This election cycle also comes amid a time of change, after 78 percent of Chileans voted in favor to amend the Constitution during a October 2020 referendum.

Boric, 35, won over 60 percent of votes in his primary. The former student political leader turned congressman from the southern province of Magallanes wants to run a government based on feminist principles, sustainable environmental policies, and a decentralization of government to ensure more local control in Chile’s 16 regions. Seen as more moderate than the expected winner, Daniel Jadue of the Communist Party, Boric barely garnered enough signatures by the May deadline to compete as a presidential candidate. Notably, he was a signatory of the Peace Accord, which gave way to the constitutional referendum.

When it comes to the Let’s Go Chile coalition, Sichel, 43, earned an unforeseen win over Joaquín Lavín of the Independent Democratic Union party. A former development minister and president of Chile’s Bank of the State in Piñera’s second administration, Sichel says he hopes to improve—rather than overhaul—Chile’s economic model. He proposes increased cash transfers to battle inequality, tax relief for poor and middle-class Chileans, and a focus on boosting entrepreneurship. He also differs from others on the right on social issues such as same-sex marriage, which he supports.

Some presidential contenders did not participate in a primary but still have eyes on the prize. As the primaries unfolded, José Antonio Kast of the conservative Republican Party announced his official candidacy via Twitter. He ran for president in 2017 as an independent.

Although not yet confirmed, there are other possible candidates who consistently appear in the polls. On the center-left, a potential candidate is Yasna Provoste of the Christian Democracy party, who is the current Senate president. On the left, candidates include Carlos Maldonado of the Radical Party and Paula Narváez of the Socialist Party.