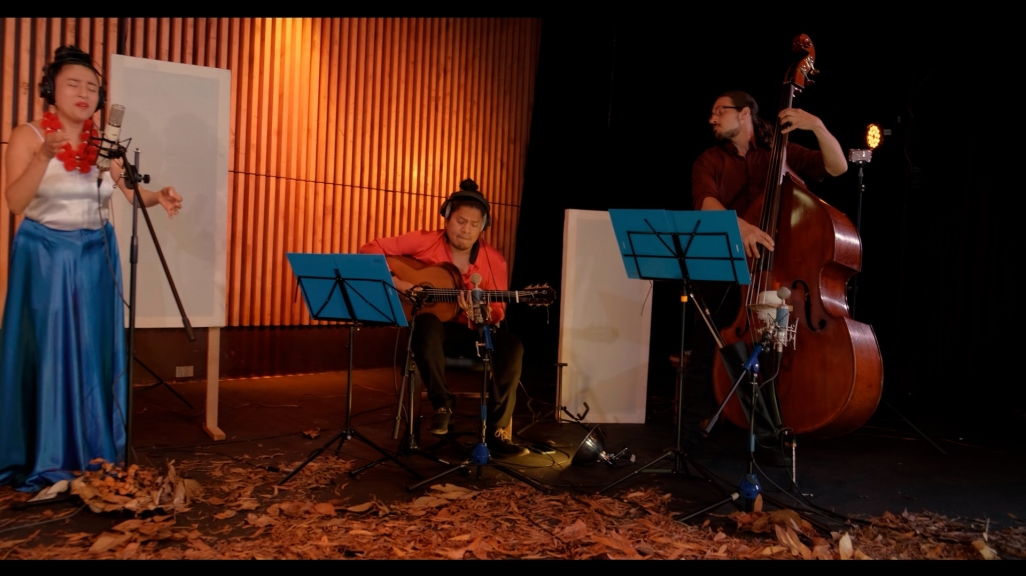 The week of November 16 features performances by the indigenous singer of original songs and classics from the Latin American songbook, as well as a concert by the superstar guitarist.

From November 16–20, En Casa is dedicated to the artistry of Ecuadoran indigenous singer Mariela Condo. Condo is a singer and composer from Cacha-Puruhá, a community in the province of Chimborazo, in the southern highlands of Ecuador. Her region is rich in history and music, with traditional singers who weave a deep artistic identity. Her musical life started early, and she later found a deep connection with her natural environment, becoming one of the most recognized singer-songwriters in Ecuador. Condo studied at the Colegio de Música de la Universidad San Francisco in Quito, a member of Berklee Global Partners and, after a stay in the US, returned to Ecuador and currently lives in Quito. Condo is joined in this concert by a band led by guitarist Willan Farinango, who wrote the arrangements for every song this week. Bassist Matías Alvear and percussionist Antonio Cilio complete the group. This week features five new songs recorded by Condo and her band, as well as a video she recorded with Farinango recorded for Music of the Americas in August. The virtual concert was recorded at the Sala Demetrio Aguilera Malta in Quito in October.

We close the week on Saturday November 21 at 3 p.m. with a solo concert by Brazilian guitar superstar Yamandu Costa.

We open the week with a song included in Condo's 2013 release, Vengo a ver, an album of original songs that was the beginning of her international career.

“Llaqui Shunku” (Sad Heart) is a traditional Ecuadorian song compiled by Guillermo Garzón. The text in Kichwa is by Enrique Males.

“Duerme negrito” is a traditional classic of the Latin American songbook that has been in the repertoire of the greatest musicians from the region since Atahualpa Yupanqui recorded it in 1969. In this song, a mother shares love, advice, and hope for a better world with her infant son.

Also from Vengo a ver, "Kikilla" is a sweet lullaby in Kichwa, an indigneous language of Ecuador, which shows Condo's bilingual proficiency and warm voice alongside Farinango's arrangements.

Back in August, Mariela and Willan opened our Ecuadoran week, curated by Fabiola Pazmiño. They sent us a version of "Llaqui shunku" recorded on a terrace overlooking Quito. This video so conveyed their artistry and impeccable ensemble work that we were waiting for an opportunity to have them back in our series.

To close the week, Condo and the band sent us this moving version of Violeta Parra's “Gracias a la vida,” one of the most popular songs in the Americas.

Brazilian superstar guitarist Yamandú Costa makes his Music of the Americas debut with a show recorded in his studio in Lisbon, which showcases his virtuosic abilities as a performer and composer on the 7-string guitar.

This week of Music of the Americas En Casa is supported by BMW Group.

Support for Yamandu Costa: Solo was provided by The Augustine Foundation and the Consulate General of Brazil in New York.