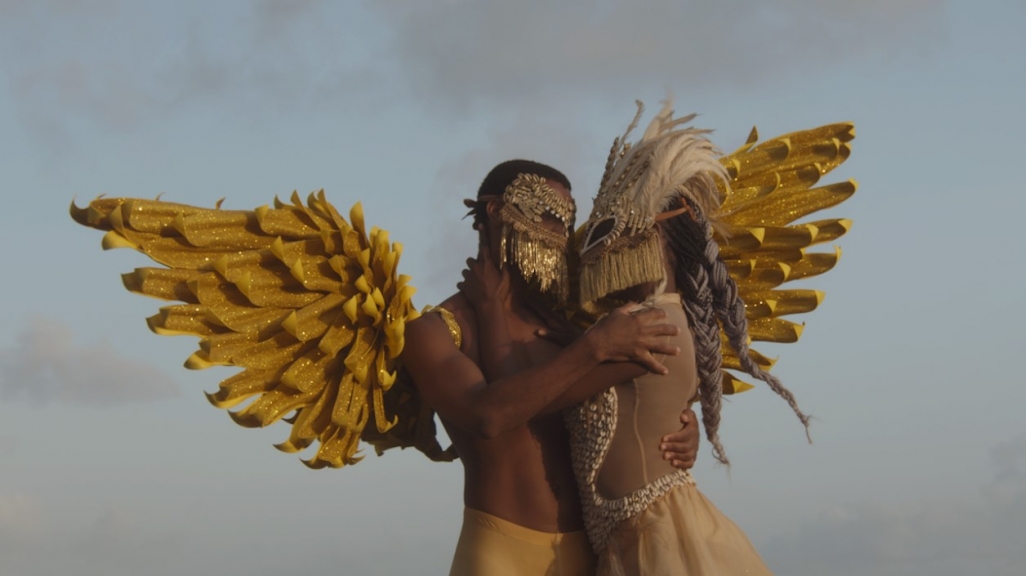 Music of the Americas: Afrocuban opera, cellos, guitar, and electropop

En Casa continues with the sunny sounds of the electropop duo TipaTipo, who sent us a series of songs that we will release over the coming weeks. Guitar Showcase participant Octávio Deluchi is back with one additional piece, and we focus on the cello for a couple of days with one video by Argentine trio Flor Sur and the final installment of Antonio Meneses' 2006 performance of Bach's Third Cello Suite. The week concludes with the premiere of a new production of Louis Aguirre's Opera-oratorio Ebbó, directed by Yelaine Rodríguez.

Friends of Music of the Americas know Adele Fournet from her video work on the online premiere of Joaquín Orellana's Efluvios y puntos, which we launched in January.

But she is an artist of multiple talents, and today we share the first of a series of videos of her electropop duo Tipa Tipo, a project that mixes the spirit of 1970s soft rock with a modern analog production style. Fournet is in charge of vocals, keyboards, and production, while Peruvian musician Felipe Wurst, her husband and musical partner, shares on vocals and production and also plays guitars. The duo met in Lima and are currently based in Brooklyn. This week we share "Voy por ella," recorded in their bedroom in Brooklyn.

Adele Fournet is a music producer and video artist who divides her time between New York and Lima. She is also a music scholar and holds a PhD in ethnomusicology from New York University. She writes about the intersections of gender, technology, labor, and aesthetics in popular music production. Fournet has received support for her research from Fulbright, the NYU McCracken Foundation, Humanities New York, and the NYU Center for the Humanities. Her audio and video production company, Bit Rosie, features female and gender nonconforming music producers. Her films have been screened on PBS New York, the NYC Independent Film Festival, and Cine Las Americas Film Festival, among others. Current projects include Tipa Tipo and La Banda Chuska.

Felipe Wurst is a Peruvian music producer and guitarist based in New York. He has performed with groups including La Mecanica Popular, Jachary, Momenta Quartet, DJ Mel DeBarge, Missy Elliot’s “Road To Stardom” winner Jessica Betts, and Grammy-nominated Latin sensation Bareto. He has played at the Apollo Theater, National Sawdust, Rough Trade Brooklyn, and BAM, among others. His first commercial release in the United States was Fa’s Autodidact. Other producer credits include Celeste Krishna’s My Blue House and Andres Wurst’s Ser Tu. Wurst has taught guitar at the Universidad Peruana de Ciencias Aplicadas and Trener High School Monterrico in Lima.

Octávio Deluchi has received over 15 prizes in the United States and his native Brazil. After receiving degrees from the Universidade Federal de São João Del Rei and Radford University, Deluchi is currently enrolled in the doctoral program at Stony Brook University, where he studies with João Luiz. Previous teachers include Guilherme Vincens, Robert Trent, Fábio Zanon, and Paulo Martelli. Deluchi is an Augustine Ambassador, using Augustine Blue Regal strings. He has premiered works by Vicente Paschoal, João Luiz, Luis Carlos Barbieri, Megan Deslinger, and Mary Simmons, among others. Deluchi's arrangements and compositions published by Guitar Chamber Music Press. He is a founding member of the AssoVio Vertentes guitar association and co-producer of the podcast Música sem Nome. Deluchi is active in the musical life of the city of Prados, his hometown, where he coordinated the Domingo na Lira concert series, writes for the Prados Online website, and is guest artist and professor at the Prados Music Festival.

From home in Minas Gerais, he sent us Prelúdio No. 4, by João Luiz. You can also catch his participation in the 2021 Showcase. ​​

The instrumentation of the cello trio Flor Sur, founded in 2015 and currently comprised of Eugenia Menta, Ana Herrera, and Pablo Doliñski, is unusual for a group performing Argentine and Latin American folk music. They have received numerous awards and released their debut album, Nido, in 2017. In 2018 they toured Patagonia and traveled to the MUSIBÉRIA in Portugal in 2019. There, the trio carried out a residency which resulted in the release of the album Andorinha, which they performed across Spain.

Grammy-nominated Brazilian cellist Antonio Meneses was born in Recife in 1957 into a family of musicians. He picked up his instrument at age 10, and worked with famous Italian cellist Antonio Janigro in Germany as a teenager. He has received numerous international prizes, including the 1977 ARD International Competition and the 1982 Tchaikovsky Competition in Moscow. His concerts with leading orchestras and conductors have taken him to the most important concert halls across the world. Meneses was a member of the legendary Beaux Arts Trio between 1998 and 2008, has collaborated with the Vermeer Quartet, and gives chamber music concerts and duo recitals with pianists such as Menahem Pressler and Maria João Pires. He has made recordings for Deutsche Grammophon with Herbert von Karajan and the Berlin Philharmonic Orchestra, the complete works for cello by Villa-Lobos on Auvidis France and Bis, and Bach's six cello suites for AVIE Records, among many other projects. When he visited us in 2006, Meneses had just released his beautiful Bach set, and his Music of the Americas concert featured three of the suites, each preceded by a piece he had commissioned from a Brazilian composer to be presented alongside Bach's work.

This week we complete the Third Suite. You can watch the other movements here.

Ebbó is supported in part by the National Endowment for the Arts and is made possible, in part, by the New York State Council on the Arts with the support of Governor Andrew M. Cuomo and the New York State Legislature. Additional support comes from The Amphion Foundation, Inc. 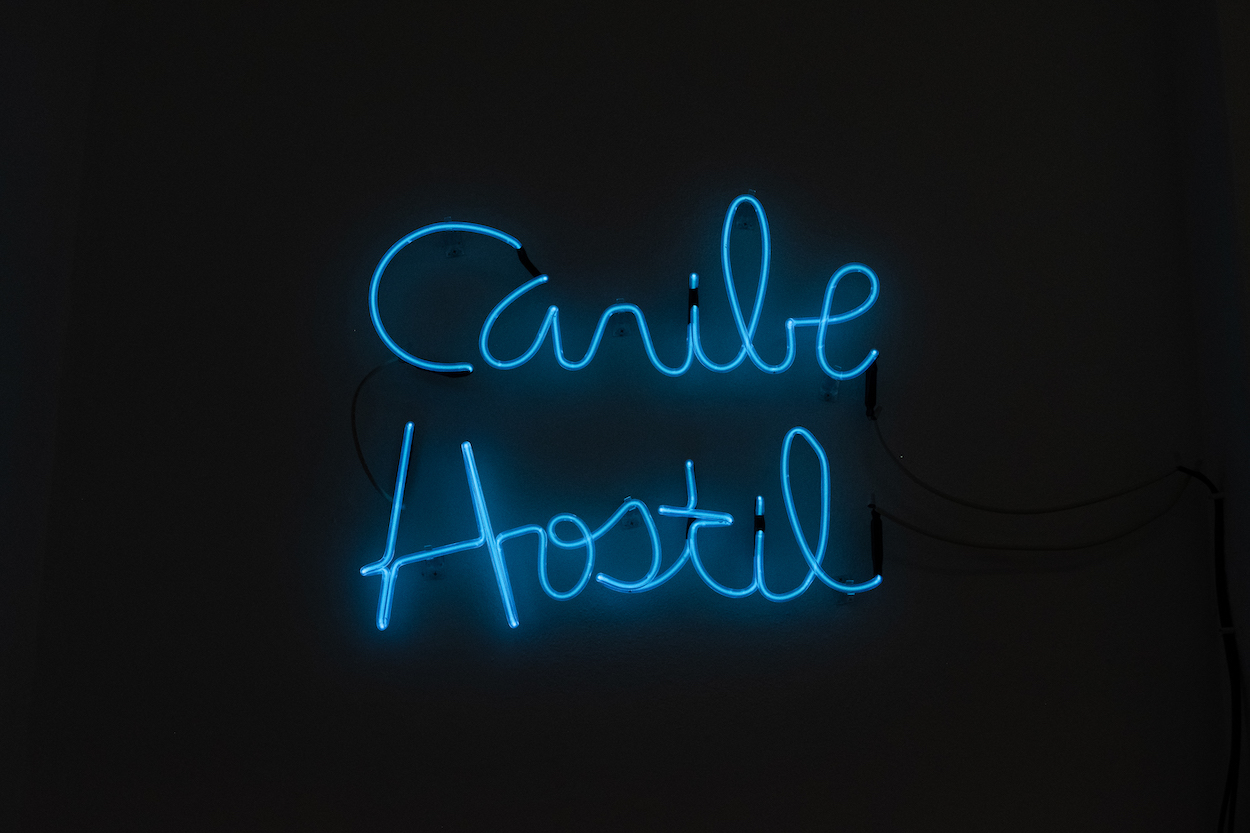