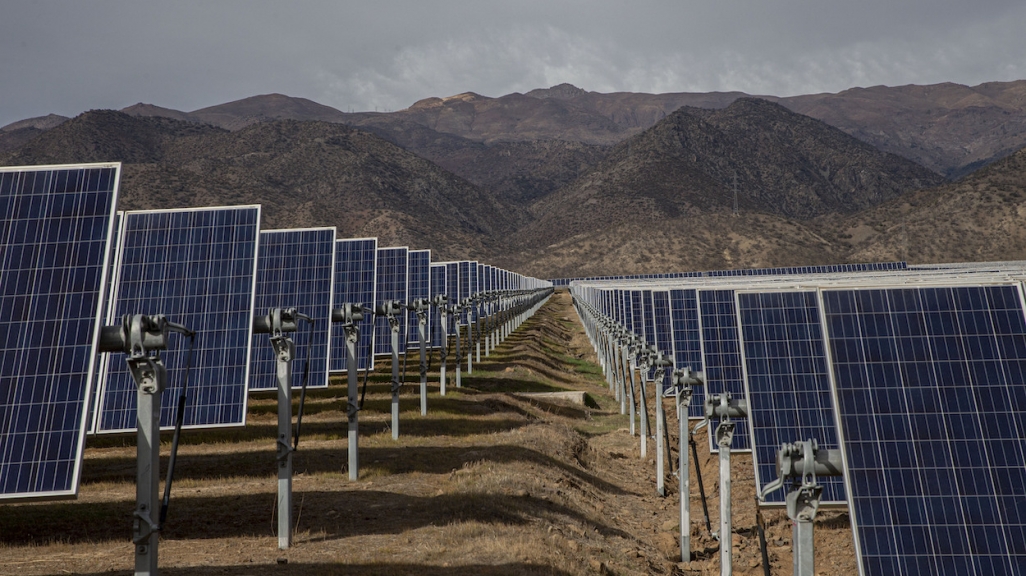 By Chase Harrison and Luisa Horwitz

On April 22 and 23, U.S. President Joe Biden plans to host the virtual Leaders Summit on Climate. The goal of the conference is to bring countries together to meet the long-term goal of limiting global temperature rise to 1.5 degrees Celsius by capping greenhouse gas emissions.

Overall, 40 countries are slated to participate in the Earth Day summit. Seven Latin American and Caribbean countries have been invited, including the five largest emitters of carbon dioxide in the region—Mexico, Brazil, Argentina, Chile, and Colombia—plus the Caribbean nations of Jamaica and Antigua and Barbuda. All invitees from the region except Jamaica, have said their head of state will virtually attend. The White House press secretary said countries will present their national plans to meeting climate goals rather than discuss bilateral deals.

Latin America is a critical region to any climate change accord. It is home to extraordinary levels of biodiversity, including extensive and important rainforests, reefs, and glacier habitats. The region also has a dependency on more destructive economic activities, such as agriculture, oil and gas production, mining, and logging. Further, Latin America is particularly vulnerable to the effects of climate change-intensified natural disasters like floods, droughts, and hurricanes. Still, as a developing region, some actors see environmental protections coming at the expense of economic growth.

AS/COA Online rounds up the climate commitments and concerns for each regional participant, in order of magnitude of emissions levels. We also track each country’s nationally determined contributions (NDCs), which are the goals submitted to the Paris Agreement. All countries submitted their first NDCs in 2015 and updated it in 2020.

Mexico is Latin America’s largest emitter of greenhouse gasses. Its substantial agriculture sector, diverse ecosystems, and extensive coastline put the country at particular risk when it comes to the effects of climate change. An early leader on environmental action, it passed landmark legislation in 2012 that set targets to reduce emissions by 30 percent and to acquire a third of its energy from low-carbon sources by 2024 while pledging to phase out coal-fired electricity by 2030. Mexico was the first Latin American country to set its NDCs, although it did not boost its targets in its 2020 update. That said, it did pledge to reduce its short-lived climate pollutants (SLCPs), which include black carbon and methane, by 51 percent by 2030.

Mexico, through the United States-Mexico-Canada Agreement (USMCA), must meet environmental commitments that include protective measures related to flora and fauna, fisheries, and illegal trafficking of timber and wildlife. While the USMCA has drawn criticism from environmental groups for falling short on climate change provisions, its energy regulations create obstacles for aspects of the Mexican government’s state firm and fossil-fuel focused strategy. Notably, early in 2021 President Andrés Manuel López Obrador proposed an energy reform that seeks to prioritize the role of Mexico’s national electric company, the CFE. Some have cautioned that the move potentially violates USMCA provisions on open and competitive markets, and it has been flagged for prioritizing fuel oil-burning power plants in Mexico’s grid at the expense of renewable energy providers.

Moreover, others have raised concerns over his decision to push for the construction of the Dos Bocas oil refinery in his home state of Tabasco. Another major López Obrador initiative is the Maya Train, a railroad that will traverse the country’s Yucatán Peninsula and the southern states of Chiapas and Tabasco, bringing infrastructure development and diesel engines to sensitive jungle ecosystems. Mexico does have a tree-planting plan, known as Sembrando Vida, though there have been signs it has resulted in the clean-cutting of old-growth trees.

Preserving the Amazon rainforest is among Biden’s top environmental priorities, making Brazil a key player in climate talks. In 2020, Biden, then a candidate, proposed a $20 billion multilateral initiative to protect the South American rainforest. However, President Jair Bolsonaro has prioritized economic development at the cost of climate protection, scaling down environmental regulations. As a result, confrontations with global leaders ramped up over rising destruction particularly during raging wildfires in the fall of 2019, with the president warning the world not to interfere.

But continuous pressure may soften his stance. On April 14, the Brazilian leader sent a letter to Biden pledging to end illegal deforestation of the Amazon by 2030 in an olive branch-like gesture ahead of the summit. However, the proposal only plans to lower annual deforestation to an average of 2016–2020 levels and allows for 16 percent more than in 2018.

Since Bolsonaro took office in January 2019, deforestation has accelerated to a 12-year high between August 2019 and July 2020, with some 4.4 million destroyed—a 9.5 percent increase year on year. The administration also cut the budget of IBAMA, which is in charge of combatting illegal land clearing, and INPE, responsible for monitoring deforestation. Also, for the first time in Brazil, Bolsonaro opened 237 Indigenous territories involving 24.3 million acres for purchase. Moreover, two bills in the Brazilian Congress could increase deforestation by easing regulations to privatize illegally deforested lands.

Environment Minister Ricardo Salles is seeking $1 billion in foreign aid yearly from countries such as the United States and Norway to help reduce deforestation in the Amazon by as much as 40 percent. Oslo, the biggest donor to the Amazon Fund, has said Brasilia needs to demonstrate protection measures are, in fact, working.

As Latin America’s third largest economy, Argentina is an important voice for climate action in the Southern Cone. In 2020, renewable resources made up 10 percent of Argentina’s energy production, and the country hopes to raise this to 16 percent by the end of 2021.

Argentina has abundant wind power in its southern coastal regions. In the north, there are promising opportunities given the proximity to Chile’s Atacama Desert, which has some of the greatest solar resources in the world.

President Alberto Fernández has also pushed for investment for Vaca Muerta oil and shale gas, following his predecessor Mauricio Macri’s intent to make it a key economic driver for the country. This project, however, risks water contamination and pollution on top of the greenhouse gas emissions caused by fracking, which Greenpeace expects to account for over half of the country’s emissions by 2030. At a February 2021 global climate summit, Fernández called for a greater commitment to tackling climate change, including more technical resources and financial support from wealthier countries. He said that the country’s 2030 emissions-reduction goal is an “unconditional commitment.”

Chile played an important climate role when it held the presidency at the annual UN Climate Change Conference COP25 between 2019 and 2020, representing Latin America and the Caribbean. The country’s commitment to making climate goals an important part of its economic recovery also sets an example to regional counterparts.

Among Chile’s most vulnerable sectors to climate change are its fisheries, forestry, energy, and water resources. Chile pledged to become carbon neutral by 2050 and is working on moving toward establishing more energy-efficient public transportation, enforcing stricter energy standards, and fighting deforestation. In January 2020, the government presented a climate change law that establishes a framework for the country’s environmental goals, including a long-term climate strategy budget for decreasing greenhouse gases for the period between 2030 and 2050, and outlining sector-specific guidelines. The law also proposes protection strategies for the country’s 101 water basins to ensure water security. The climate bill is under debate in Congress.

As part of its new NDC, Chile also pledges to reduce black carbon emissions by 25 percent by 2030, develop a national landscape restoration plan by 2021 to incorporate 2.5 million acres into the restoration process, and establishing regional climate action plans for its 16 administrative regions by 2025.

Though not one of Latin America’s biggest polluters, Colombia has some of the most ambitious climate goals. This initiative, alongside its strong bilateral relationship with the United States, may help explain its invitation to the summit. To achieve its NDC, the country plans to promote reforestation, an expansion of green transportation, and a reduction of SLCPs like black carbon by 40 percent compared to 2014.

These goals will help Colombia get on top of problems like drought, sea-level rise, and high levels of air pollution, especially in urban areas. The geographic distribution of Colombia’s population, based largely in the mountains and near the ocean, make natural disasters a particular threat while many crops produced in Colombia, like coffee, are especially vulnerable to the effects of climate change.

Jamaica and Antigua and Barbuda

Jamaica and Antigua and Barbuda are the only two Caribbean nations invited to the summit. Although the region’s emissions are comparably meager, the Caribbean has been heavily affected by natural disasters, which are exacerbated by climate change. In 2017, for example, Hurricane Irma destroyed 95 percent of the buildings on the island of Barbuda. This motivated the twin-island’s prime minister, Gaston Browne, to become an international climate change leader on behalf of small nations, and he currently chairs of the Alliance of Small Island States. Browne has called for larger countries to strengthen their climate commitments and provide more funding to smaller countries to facilitate the transition towards green energy.

Jamaica's prime minister, Andrew Holness, has also advocated for equity in climate change discussions. At international forums, he has been vocal that small countries shoulder the worst effects of warming but that only action from larger countries can save the planet.