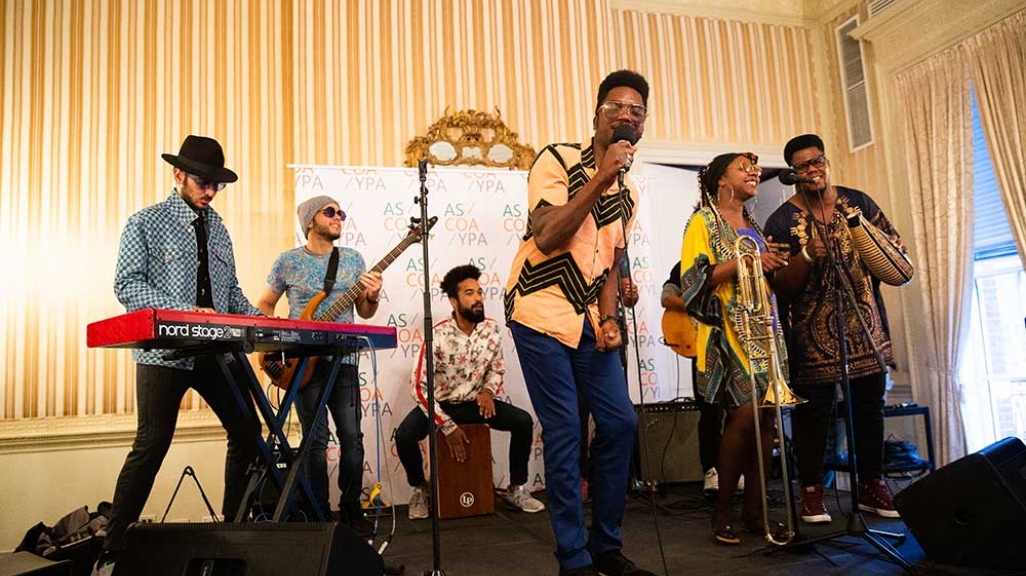 The Afro-Cuban musician described the evolution of his music from Pinar del Rio to Havana, and from Paris to New York.

From Pinar del Rio to Havana, from Paris to New York, Cimafunk is taking his Afro-Cuban sound on the road. The Cuban musician, whose real name is Erik Iglesias Rodríguez, launched his debut album Terapia in 2017 and embarked on his first U.S. tour this spring, kicking off his New York City stop at an event hosted April 15 by AS/COA’s Young Professionals of the Americas and Music of the Americas.

The musician chose his name as a combination of his primary musical influences, funk and Afro-Cuban beats from the cimarron culture, the movement of runaway slaves. In a conversation with AS/COA Online’s Elizabeth Gonzalez and Americas Society Music Director Sebastián Zubieta, Cimafunk described his growth as an artist in Havana, how his popularity jumped with the advent of mobile internet in Cuba, and his experience touring the United States—including his show in Miami, jam-packed with Cubans. “I really don’t care what is their position,” said Cimafunk of his relationship with the diaspora. “If they came in a boat, or if they came in a plane, or if they came running—that’s not important for me, I just want them to have a good time at the show.”

So far, New Orleans has been a highlight for the emerging musician, who compared the city to the streets of Santiago de Cuba, where music is oozing out of every corner. “They have music events everywhere, ideas, new albums, new people recording, new people doing video clips, new people putting together a production company of audiovisuals or music stuff,” he said of Santiago, “it’s a huge movement of this now.”

As for next steps, Cimafunk, who names artists like Fela Kuti and James Brown among his influences, has already written some new songs that he hopes to produce after his busy tour schedule: “I’m thinking maybe for next year, I’ll start to release new songs.”

This episode was produced by Elizabeth Gonzalez. Most of the music in this podcast was performed at Americas Society in New York. Learn more about upcoming concerts at musicoftheamericas.org.