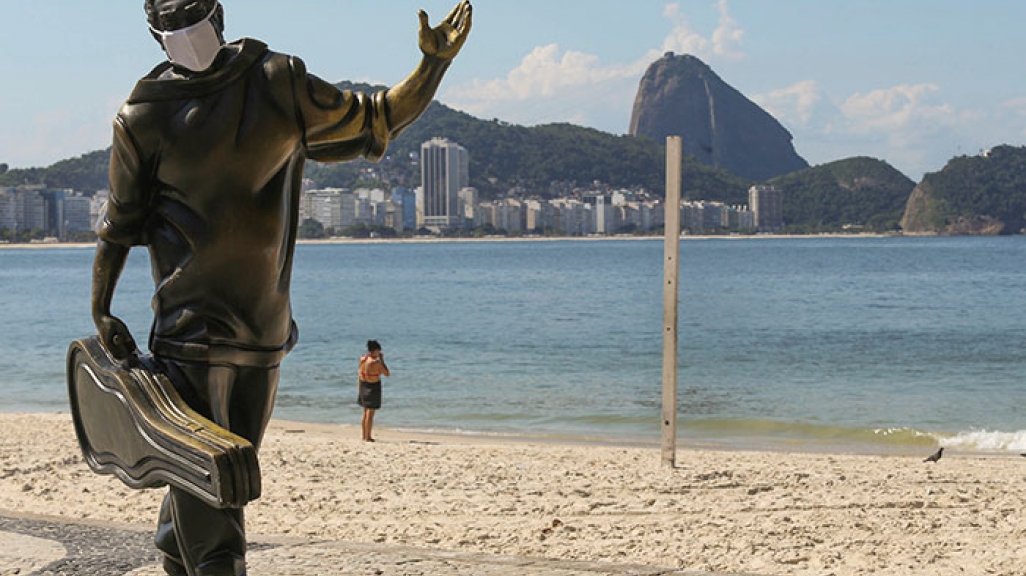 LatAm in Focus: How Is the Coronavirus Changing Brazil?

Listen to three past guests share how COVID-19 has redrawn the scenario for Brazil’s China ties, the battle against misinformation, and Amazon deforestation.

In Brazil, the coronavirus crisis is piling up on top of a previous recession, deforestation worries, and political polarization. AS/COA Online spoke with three prior Latin America in Focus guests to understand the pandemic’s impact on the country, focusing on how Chinese relations, misinformation campaigns, and the environment.

The pandemic has reframed Brasilia’s relations with Beijing, its top trade partner and an important provider of materials provider for battling COVID-19, as Maurício Santoro, a political scientist in the International Affairs Department of the State University of Rio de Janeiro, told AS/COA Online’s Luisa Leme. Santoro, featured in a November 2019 conversation about Sino-Brazilian relations during President Jair Bolsonaro's year in office, says Brazilian officials blaming China for the pandemic has created some bumps for bilateral ties, at a time when “Brazil has a big dependency on China on medical supplies, masks, [and] ventilators.”

“It’s becoming even more clear now that there is this spillover. The health of nature reflects directly human health as well.” —Maria Antonia Tigre

In the second segment, Tai Nalon, creator of fact-checking website Aos Fatos, says the pandemic affects a complex media landscape in which 120 million Brazilians use platforms such as Whatsapp and increasingly consume news through social media. Nalon explains how this scenario has evolved since 2018, when she was last featured in the podcast, given that Bolsonaro's base has established a solid architecture that supports his skepticism about the virus and spreads misinformation online. Since February, Aos Fatos has debunked more than 300 pieces of misinformation: 100 fact-checks about the coronavirus specifically and several more on authorities’ statements about the virus. For her, the problem goes beyond social media platforms’ responsibility. “We thought that it would be easier to navigate this crisis with more support from readers,” she says, but “sometimes people only want to hear what they want.” The Amazon fires were already a major crisis until last year, but with the COVID-19 pandemic, deforestation has worsened, says Maria Antonia Tigre, an environmental attorney and doctoral candidate at PACE University’s Elizabeth Haub School of Law. Tigre was previously featured in a September 2019 podcast. She says that with Amazon monitoring decreasing, illegal loggers and miners are taking advantage of the situation, with deforestation rates shooting up since last year. On top of that, Tigre says that investment in the green economy might decrease globally, while in Brazil, bids for this year have already been cancelled. On the other hand, the crisis has moved environmental talks toward a conversation about controlling future diseases. Tigre says, “The argument that lots of scholars and diplomats are making is that if we actually reduce deforestation rates and protect the environment further, we can avoid pandemics like this happening in the future.”